The SRO’s Night of Champions last week saw the British GT’s 2015 standouts receive their awards following the exciting season of racing across the UK & Belgium.

It was a big night for Beechdean AMR, that saw Andrew Howard and Jonny Adam on hand to collect their British GT3 Championship trophies alongside their GT4 counterparts, Jamie Chadwick and Ross Gunn, who were also presented with their silverware. 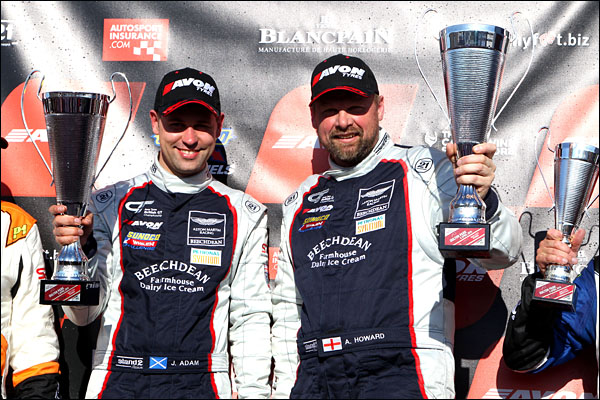 Howard also received a separate award for his personal performance. By winning the Blancpain Gentleman Trophy, he was awarded a personalised limited edition Blancpain timepiece.

“It’s so cool!” he said. “I’ve been in British GT a long time and it’s got stronger and stronger and stronger, so to win it when I feel like the championship’s at it’s best is a massive honour. I’ve tried winning the Blancpain Gentleman Trophy for a number of years and the watch is a big bonus! We’re all here to win trophies so to clinch the Drivers’ title twice is a big deal.”

Other drivers were recognised too. Alexander Sims might have just missed out on the GT3 Drivers’ crown but his overall contribution was recognised with the Allan Simonsen Award, named in honour of one of British GT’s best-loved former stars. Always amongst the fastest Pros this year, Sims also demonstrated his sportsmanship at the final round by being the first to congratulate Adam post-race following Ecurie Ecosse’s early retirement. 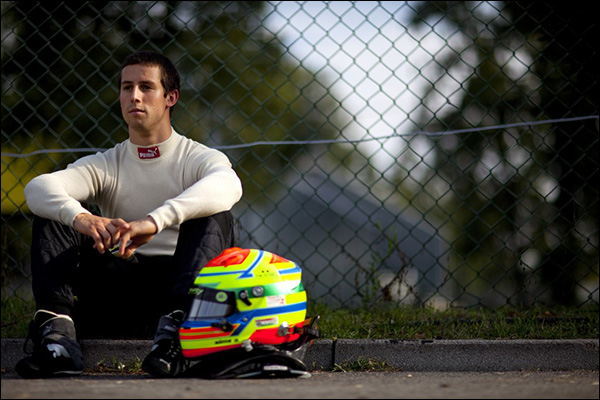 Sims, who received the trophy from Allan’s brother Benny and long-time Rosso Verde co-driver Hector Lester, said: “Obviously I’m very humbled to receive the Allan Simonsen Award. I really didn’t expect to win it and thought Jonny had done such a good job that it was a given he’d receive it. But to be recognised for my efforts is lovely; the Award’s very special to British GT and so to be a part of that history is a wonderful thing personally. Full credit to Barwell and BMW Motorsport for giving me the tools to do the job.”

Luke Davenport was equally shocked to be awarded Rookie of the Year for his part in Tolman Motorsport’s successful maiden season of British GT. While highlights included a GT4 pole position first time out at Oulton Park and gutsy class win at Brands Hatch, it was the young Englishman’s consistency and raw pace throughout the season that ultimately convinced the judges. 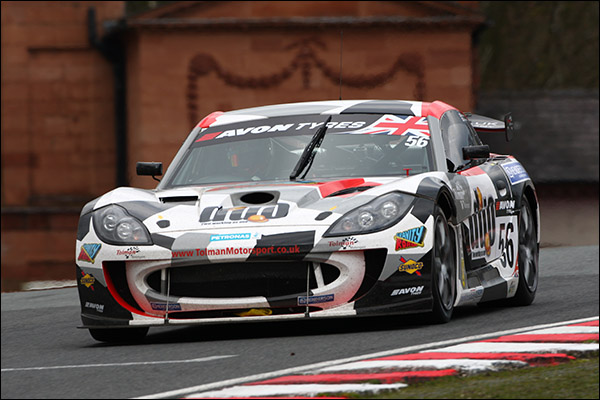 “This demonstrates to young drivers that the championship doesn’t just look at who’s winning,” he said. “It’s also a great springboard for drivers like myself who are part-funded trying to make a name for themselves and gain recognition. I’ll treat this as inspiration to do an even better job next year.”

The inaugural Sunoco Fastest Drivers of the Year were also crowned, with Jonny Adam and James Nash recognised for their respective outright speed in GT3 and GT4 throughout 2015.

It was an especially busy night for Adam who was also presented with a cheque by Anglo American Oil Company managing director Anders Hildebrand as part of his prize for winning this year’s Sunoco Whelen Challenge. The Scot will be in the US this January to prepare for 2016’s Daytona 24 Hours with Action Express Racing.