It was an exciting end to the 2015 VdeV Championship, as the teams and drivers hit Estoril for a 6-hour race to round off the season.

One year ago, Patrice and Paul Lafargue (Porsche 911 GT3 R IDEC Sport Racing) won the GT/Tourism title. This was firstly thanks to their stunning performance, but also because the #51 Ferrari of AF Corse slid in front of the other potential candidate.

Twelve months later, the situation is reversed with Jean-Paul Pagny, Thierry Perrier and Jean Bernard Bouvet, drivers of the #2 Ferrari 458 GT2 by team Visiom are crowned champions. In the final race pos the season, the team scored a sixth place; however after taking into account the 2nd place finish of AF Corse and drivers Cordoni and Zanuttini, the 4th place finish of Patrice and Paul Lafargue, it was enough for the French drivers to emerge as 2015 champions. 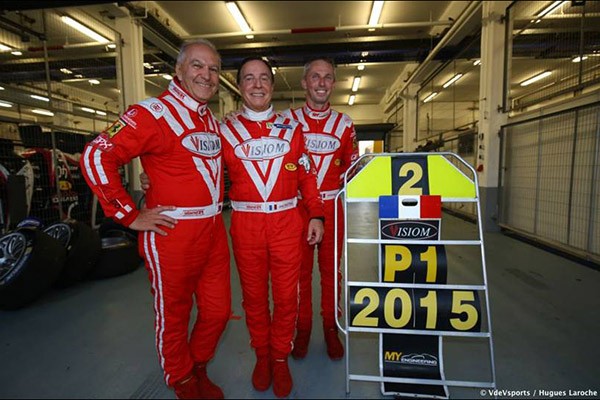 “We’ve been running after this title for a good few years now, and despite having a few hiccups, we can proudly say it’s ours”, exclaimed Bouvet. This is of course the first time both he and Perrier have won the championship, whereas Pagny now claims his third, with those of 2007 and 2008 already under his belt.

“There are always many more things to account for in a 6 hour race than in a 4 hour, and we had quite a few mountains to climb. It’s been extremely gratifying to fight with IDEC all season and to finally succeed in beating them.

While the revelation of the race must go to the fantastic performance of AF Corse (despite the absence of Andrea Montermini), the whole race was dominated by the #24 LNT Ginetta LMP3 and drivers Colin White, Carl Breeze and Peter Belshaw, who practically led from start to finish. 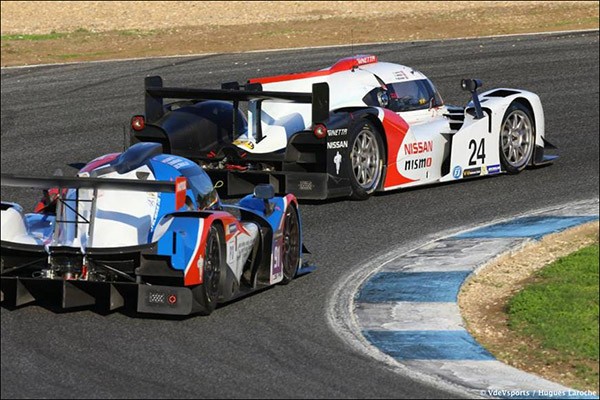 The LMP3 race was indeed tight, but in the end, the British team took home a third consecutive overall win. The Ligier however, on its maiden voyage in the V de V Endurance Series managed to score a third place, thanks to #42 Onroak Racing auto in the hands of ACO President Pierre Fillon with Jacques and Pierre Nicolet.

Fifth to have crossed the line, Oliver Campos Hull and Kostas Kanaroglou took a double victory, winning the GTV2 race and the championship in their Mosler MT 900 #8, prepared by team Escuela Espanola de Pilotos. They were indeed in third place upon arriving at Estoril, however the duo took advantage of AB Sport Auto’s two DNFs. Both Audi R8 LMS didn’t make it to the finish line, much to the disappointment of its two squads of drivers, Franck Thybaud, Thierry Proust and Maxime Jousse and Eric Van de Vyver, Tiziano Carugati and Michel Wegelin.

The S1 category saw a victory from the GC10 #20 GC Automobile driven by David Alexander, Alan Calari and Lionel Amrouche, and Team Sport 5’s win in GTV3 with their Porsche Cup #29, trusted to Mapril Bapstista and José Martins.