Marcel Fassler and Mike Rockenfeller will complete the Corvette Racing lineup for the Rolex 24 At Daytona and Mobil 1 Twelve Hours of Sebring in the GM factory team’s pair of Chevrolet Corvette C7.R race cars.

Mike Rockefeller is seen below at Daytona yesterday as the team prepare to run their pair of 2016 spec Corvettes at the IMSA test. 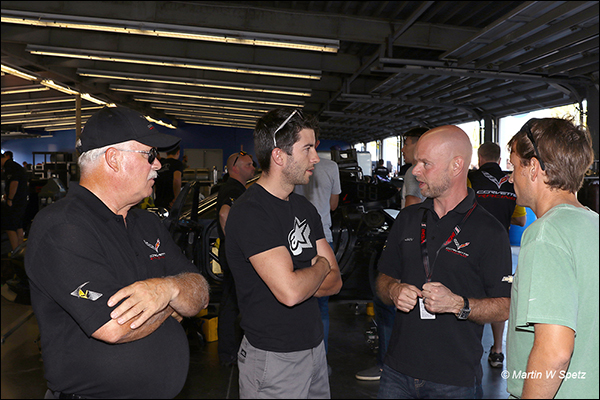 “As we’ve learned over the years, winning at Daytona and Sebring requires a Corvette race car that demonstrates the proper balance of performance, reliability and efficiency.  Winning also requires flawless execution by the team and drivers,” said Mark Kent, Director, Chevrolet Racing. “We feel very confident that adding Marcel and Rocky to our lineup in these two key races will maximize our chances of success. Their collective accomplishments speak for themselves, and they will add a tremendous amount to our endurance program at Corvette Racing.”

Fassler is readying for his second stint with Corvette Racing. The Swiss native was part of the team’s endurance lineup in 2009. He was part of the runner-up trio at Sebring (below) and also contested Le Mans and Petit Le Mans in a Corvette C6.R. He has not raced at Daytona but Fassler won overall at Sebring in 2013. 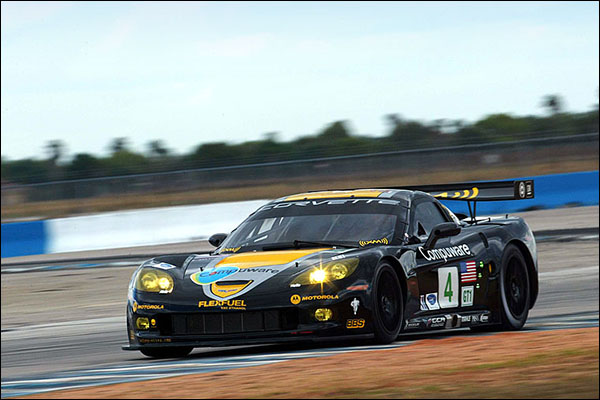 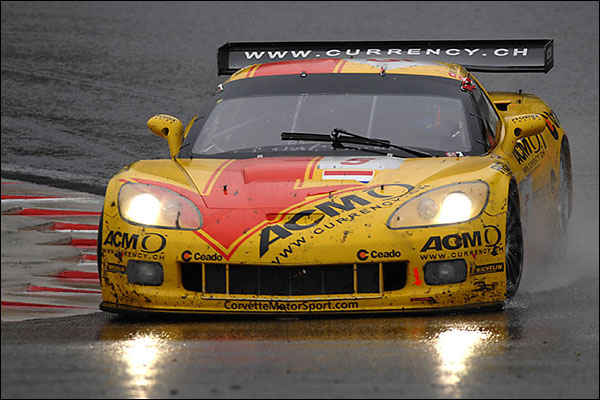 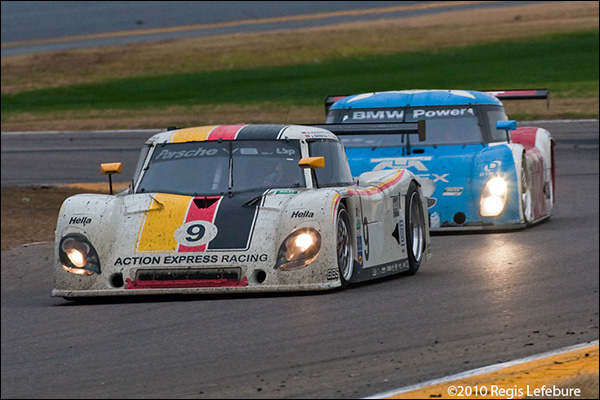 Rockenfeller has a pair of additional podium finishes at Daytona. He won the 2013 DTM championship and is a past GT2 winner in the American Le Mans Series and at Le Mans.

Marcel Fassler: “It’s really great that I have the chance to drive again for Corvette Racing at Daytona and Sebring. It’s a fantastic opportunity to do those first two races in America.

“I already have raced three times for Corvette Racing in 2009 and have really good memories of working with the team. It’s always good to see them at Le Mans and other races where we cross paths. This is a great feeling.

“It’s the first time I’ve done the Rolex 24 At Daytona, so I’m a rookie but very highly motivated. I always have wanted to be a part of this race in a competitive car. Being with Corvette Racing gives me a chance to go for a class win. This is our main goal and the same for Sebring.”

Mike Rockefeller: “I’m very happy to join Corvette Racing for Daytona and Sebring. The team is one of the best in endurance racing and one I’ve always watched at major races.

“As a driver, you always want to be part of winning organizations. Corvette Racing is one of those.

“It will be great to get back in a GT car for two of the biggest events of the year – including the Rolex 24 which I won in 2010. I’m hoping I can help Corvette Racing win there again in 2016. I’m excited to get started and get my first laps in the Corvette C7.R.”