David Legangneux brings us images from the current works underway around the Le Mans circuit.

On the outside of the corner at the exit of the Porsche Curves where Marc Gene and Loic Duval had their major crashes with the wall on the outside being removed, replaced by a large gravel trap which, in turn, replaces the earth bank that used to lay beyond the circuit limits. The view below is taken from the old circuit from distance.

At Arnage where work is underway to construct the new alignment of public road which will effectively bypass the old Arnage corner for normal traffic.

That means too that the short section encompassing Indianapolis and Arnage corners will become dedicated race track, closed to public traffic before next years Le Mans 24 Hours. There are however no changes to the track proper as a result of these works.

We reported some weeks ago about the major forest fires in the area, and on the arrest of a man suspected of setting dozens of fires in the local woodlands. 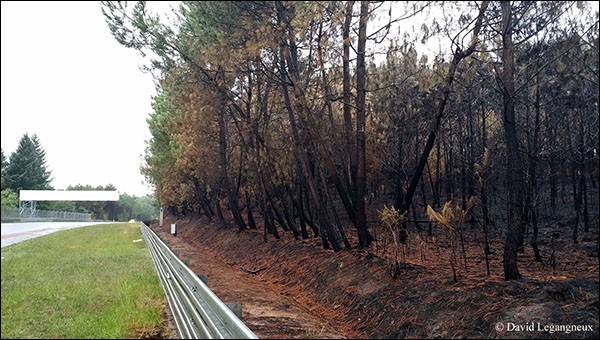 As a result of at least one of those fires there are dozens of damaged trees that are now being felled between Mulsanne and Arnage, another very familiar vista around the circuit will see a major change by the time we are back there in 2016! 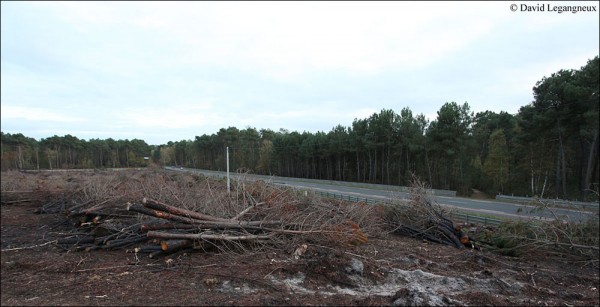 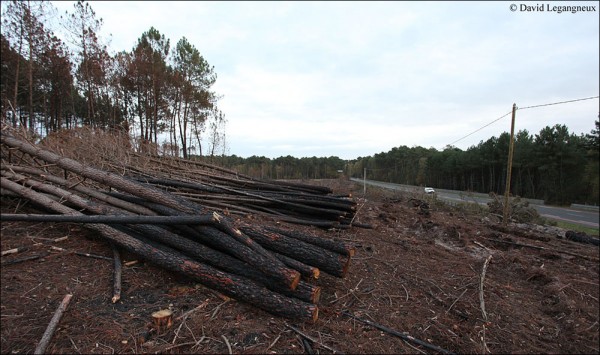 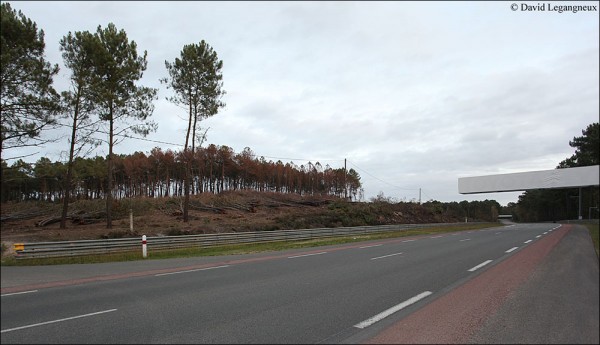 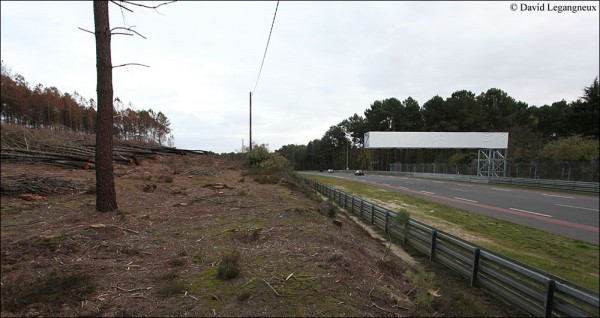