We’ll have more from some of the LMP1 teams later today but here are some initial notes from a still busy Bahrain paddock, some teams busily packing, but 13 cars running today.

The Aston Martin Racing team are running a trio of V8 Vantages. Two Pro cars and a single Am. 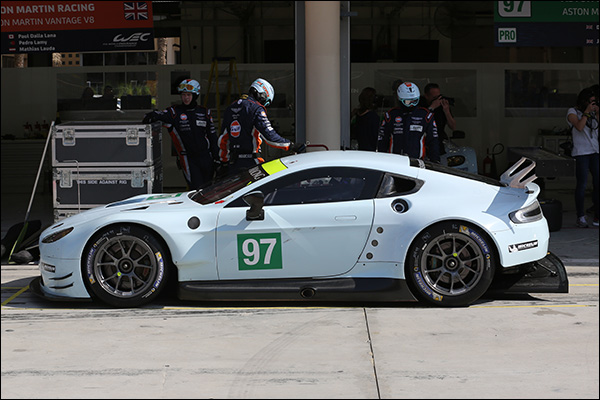 The #99 car has been rebodied overnight into Gulf Blue and is being used to test the six Aston Martin Evolution Academy drivers, with factory driver Darren Turner providing baseline times. 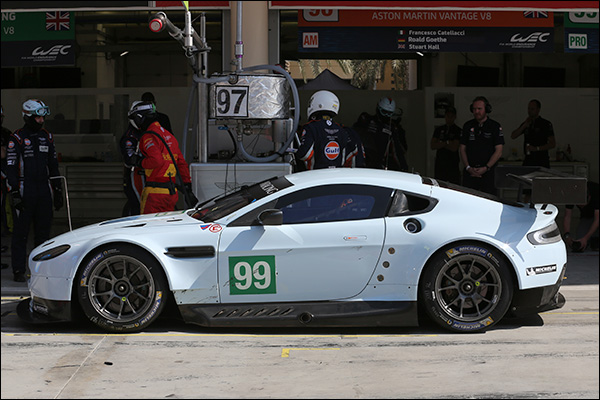 Each driver will get five installation laps and an 8-10 lap stint all on identical tyres. “It will provide another piece in the jigsaw of us deciding who we’ll take forward’” said John Gaw.

But it’s not a case of one of the young hopefuls being slotted straight into a GTE car. “It takes time, as it did for Richie (Stanaway) and Jonny (Adam).” The fact that the two referenced driver come into today with an Audi LMP1 test (Stanaway) and a WEC class podium (Adam) seems to underline the quality of the progression!

There was a brief red flag mid session after Lewis Williamson had a minor moment in the Strakka Gibson, an attempt to do the safe thing and allow the car to roll off the track to a place of safety stymied by a slight miscalculation on the position of the gravel trap.

Williamson, and Tio Elinas are testing for Strakka not as a precursor to a 2016 seat with the team but rather as a ‘thank-you’ for their efforts in Strakka’s single seater programmes and, in Williamson’s case, for his role at the heart of the ‘Strakka Performance’ driver development and coaching programme. 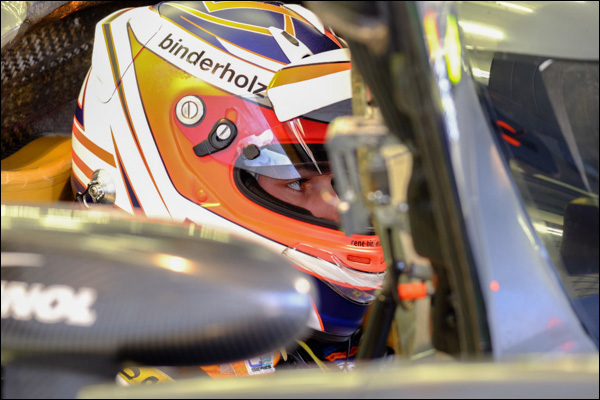 One surprise appearance in the early running aboard the #92 Porsche team Manthey 911 RSR in the early running was David Heinemeier Hansson, the Dane looking for a solution to his 2-016 enigma. He looks set to return to the WEC but not with Tequila Patron ESM. I’m talking to a couple of LMP2 teams and more than a couple of GTE teams too,” he confirmed yesterday and was spotted in relaxed conversation with Proton Competition boss Christian Ried in the paddock this morning.