It’s been quite a night in Munich.

The much anticipated ‘reveal’ of Audi’s 2016 response to the steamroller success in 2015 of the Porsche 919 Hybrid did not disappoint. 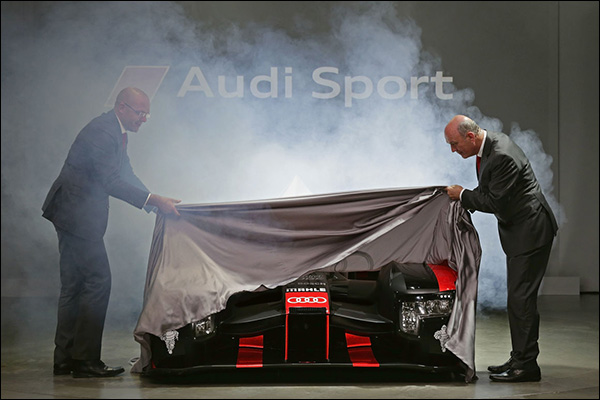 A radically different look to the latest iteration of the R18 e-tron quattro was one thing, but the almost immediate revelation by Audi Sport Director Dr Wolfgang Ullrich of an agreement, reached just a week ago, between Porsche and Audi that will see the VAG sister companies restrict their 2016 Le Mans efforts to a pair of cars apiece was a shock to most present, it was though, in hindsight, a perfectly predictable response to the need for a 10-15% reduction in programme costs that DSC believes has been a key part of the VAG Group’s response to the ongoing emissions scandal.

Audi and Porsche then join Toyota on the two car list for Le Mans, with Nissan still to confirm the scope of their June programme.

“With the scale of the issue facing the Group this is actually good news. And actually it provides us with an unexpected opportunity to reward more high quality private teams this year with an entry for Le Mans.

“Every year we have to turn away really very good, and often loyal teams, this year, particularly with the availability of an additional pair of garages (the maximum entry therefore climbs to 58) we will have more spaces to offer teams in other Championships, particularly the ELMS.” 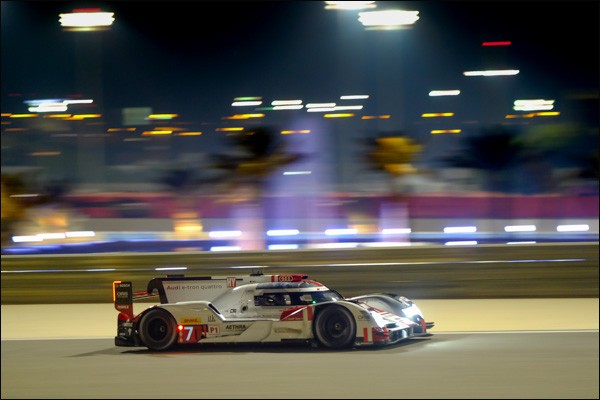 From a position just days ago in Bahrain where loud voices were making concerns felt that the direct impact from ‘VW Gate’ was likely to be bloody the response from Audi and Porsche must be seen as being measured and sensible.

And in the light too of the revelation on Friday from Toyota that they too will enter two cars again at Le Mans all of a sudden the race takes on a rather different perspective.

With new and heavily revised cars attempting to stretch the performance envelope the reliability spectre becomes a real factor, and with one fewer car each to rely upon for the three current major contenders some rather different strategic options arise. Are we about to see a very much more 20th century type of endurance race with these most 21st century race cars?