Bentley’s Brian Gush recently described Absolute Racing as “an ideal customer team,” as he rounded up the progress on Bentley’s 2015 racing programmes.

That confidence has been proven with the news from Absolute Racing that they will add a further racing arm to an already rapidly expanding portfolio.

For 2016 Absolute Racing will run a full season in the Pirelli World Challenge with at least two Bentley Continental GT3s and a likely third car to be added before the 2016 season gets underway. 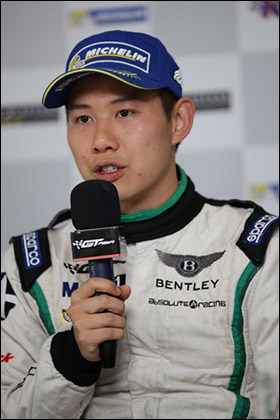 The team will also enter the planned three hour race at CoTA as part of the Intercontinental GT3 Challenge with Bentley.

Adderly Fong and Andrew Palmer are the confirmed drivers thus far, the Bentley’s for the World Challenge programme an additional trio to the team’s growing fleet of Continental GT3s.

25 year old Hong Kong Chinese driver Adderly Fong has the 20-13 Audi LMS Cup title to his name together with a Le Mans start in LMP2 and GP3 race and F1 testing experience on his cv.

21 year old California resident Andrew Palmer won the Lamborghini Trofeo World Final in 2013 and has since raced in Europe as part of the Lamborghini factory young driver programme in the Blancpain Endurance Series and in North America aboard an LMPC Oreca in IMSA tracing and with race winning form in a GT3 Audi in Pirelli World Challenge. 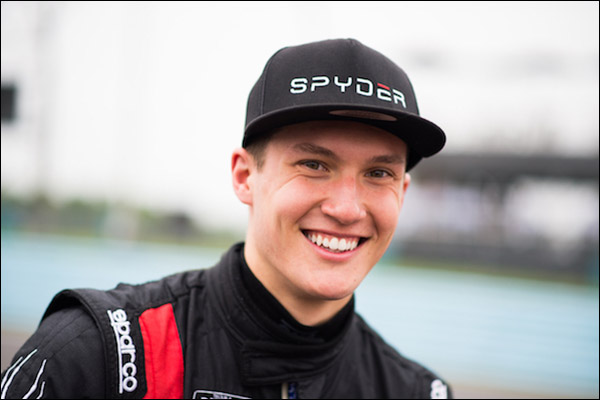 Absolute’s 2015 programmes with Bentley customers in GT Asia will continue next season after its Team Championship victory in 2015, Audi operations in both GT and one-make racing will also continue as will the team’s Porsche Carrera Cup Asia and Formula Masters China operations.

The team are currently examining options for a North American operating base to service the World Challenge programme to add to current premises at Zhuhai in China and Sepang, Malaysia.  The race team will utilise a number of existing Absolute Racing personnel bolstered by “a number of people we have worked with successfully previously.”

Absolute Racing Team Director Ingo Matter said: “We’re delighted to confirm this additional programme, it’s a major new market for our team and we couldn’t be happier to be doing it with Bentley.”

“Our experience in Asia with the Bentleys will give us a major boost we’re sure and the combination of Adderly’s experience with the car and Andrew’s experience in the Series will also add further layers of confidence to the programme.”

Bentley Motorsport Director Brian Gush said: “We’ve won major international championships in Europe and Asia this year and it is certainly the plan to take a title in America,” comments Bentley’s Director of Motorsport, Brian Gush. “Bentley Team Absolute has proven they have what it takes, so we are excited to take our relationship into another continent to take on another challenge.”

“We are pleased to have Adderly back for a second season and look forward to welcoming Andrew into the Bentley fold,” continues Gush. “We have been very impressed with Andrew, not only did he become the youngest ever overall race winner in Pirelli World Challenge in 2014 but he has shown great maturity and talent in 2015 and we look forward to working with him to develop his career further.”

Adderly Fong: “It’s fantastic to be continuing with Bentley Team Absolute and the Continental GT3. We had great success with the car this season in GT Asia and I’m sure we can replicate this in Pirelli World Challenge next year.

Andrew Palmer: “2015 has been an amazing year for me. When we started to look at our options for 2016 and the chance to return to the Pirelli World Challenge with Bentley Team Absolute was presented to us it was immediately very appealing. I know the series well and the chance to continue and build on the success we had there in 2014 just felt right for the next stage of my career.”

There’s no confirmation just yet of the intentions of Dyson Racing, Chris Dyson told DSC earlier this month that continuing in the World Challenge with Bentley was still a possibility though that possibility is believed to have faded in recent days.