Whilst the new Mercedes Benz AMG GT3 has already seen race action as part of the development programme for the car that replaces the successful SLS AMG GT3 as Mercedes Benz’s customer racing weapon the ‘real’ race debut in customer hands comes in January when three cars will join the 100 car grid set to race in the Dubai 24 Hours. 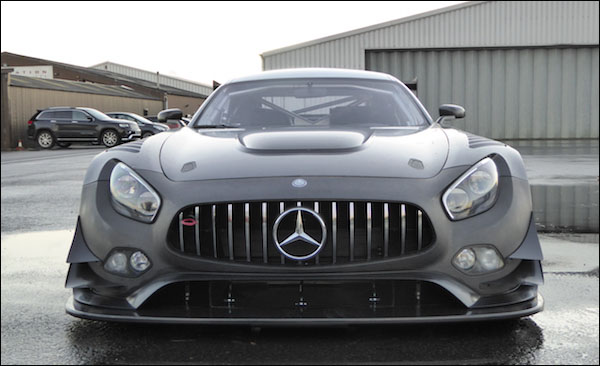 Team Black Falcon will field a pair of the new Benz with the third in the hands of 2015 A6 Champions RAM Racing, this the car owned by Paul White, set to take in a full season in the booming 24H Series. 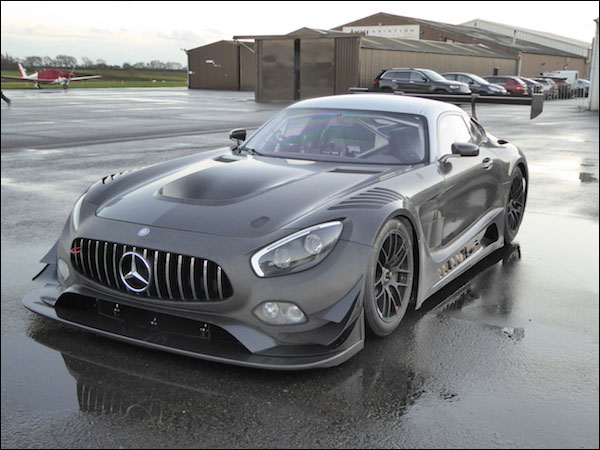 The RAM car is chassis 06 and as luck would have it as the DSC Ed and partner in WEC TV crime John Hindhaugh were leaving Aston Martin today a call to Dan Shufflebottom at RAM Racing established that an invitation to view the car would take place not at the team’s Silverstone race shop but rather at Turweston Aerodrome as the team shook down their new charge, the car running for only the second time after a brief shakedown in Germany on delivery. 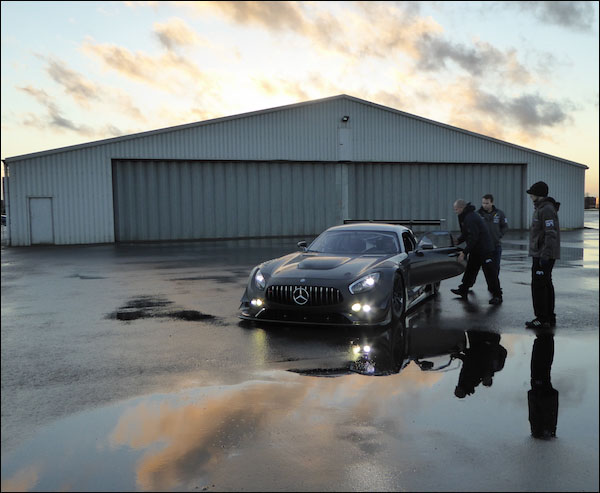 Heavy rain earlier in the day saw lots of standing water and a very chilly wind sweeping across the Northamptonshire airfield, Paul White accompanied by Tom Onslow Cole on driving duties and getting his very first chance to get seat time in the Benz. 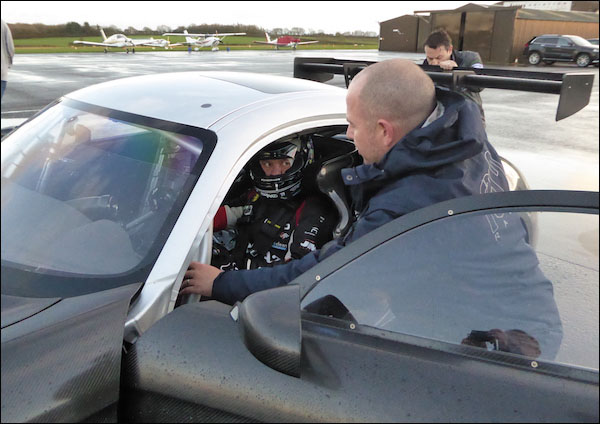 It was a smiling car owner that climbed out of the car soon after we arrived: 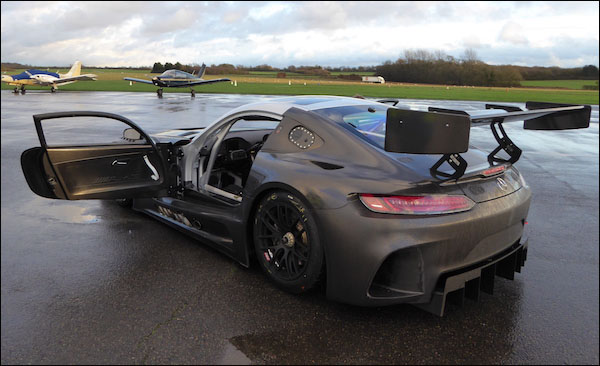 “Other than the seat, which is Thomas Jager’s so it’s crippling me!, it’s a nice place to be, I think it’s going to be a very good race car.” 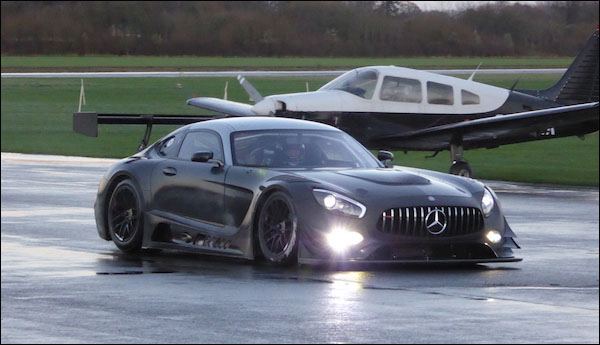 It’s a fabulous looking beast, though by the next time we see the car it will have a revised version of White’s black, red and white British GT livery which saw action on both a Nissan GT-R GT3 and Aston Martin V12 Vantage GT3.

The AMG replaces the Bilstein liveried Aston Martin ‘Billy’ in Paul White’s stable, that car now with a German owner and believed to be bound for the ADAC GT Masters.

First impressions are of a very familiar (but ergonomically improved) cockpit, now of course with conventional doors replacing the iconic, but bulky, gull wings. 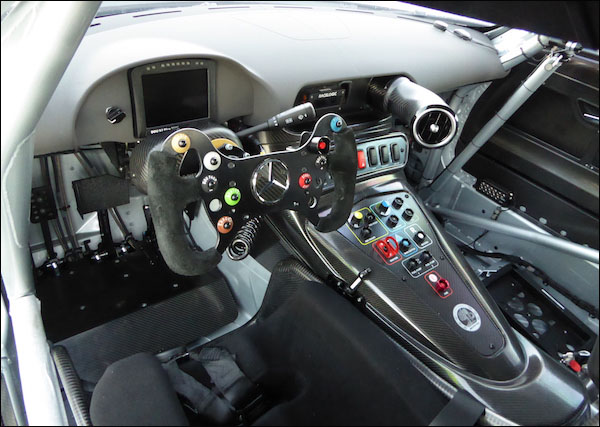 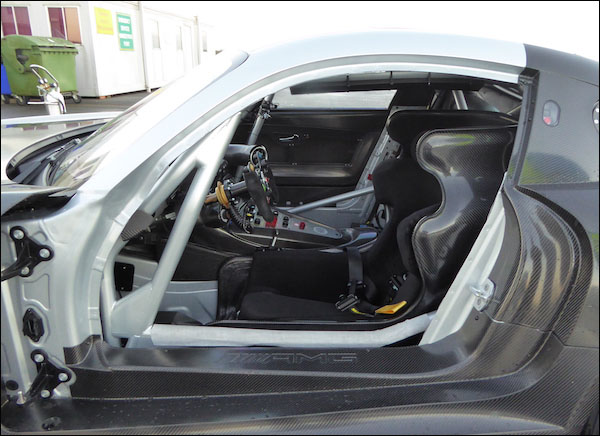 The big V8 sounds as good as in the older car, though running conditions today looked truly terrifying, that standing water making getting the power down a matter of much luck as judgement. 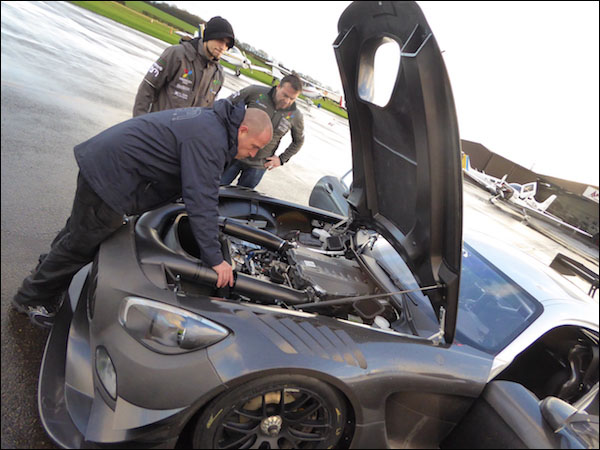 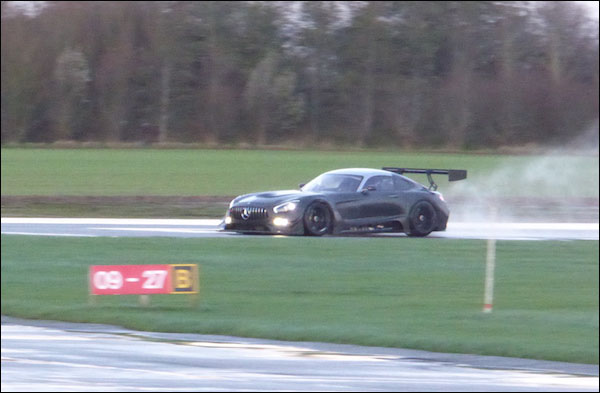 The team though was all smiles, “Clean it and pack it up” was the parting comment from Paul White though his, and Tom Onslow Cole’s feedback has given the team a short list of tasks to undertake before we see the car in Dubai. 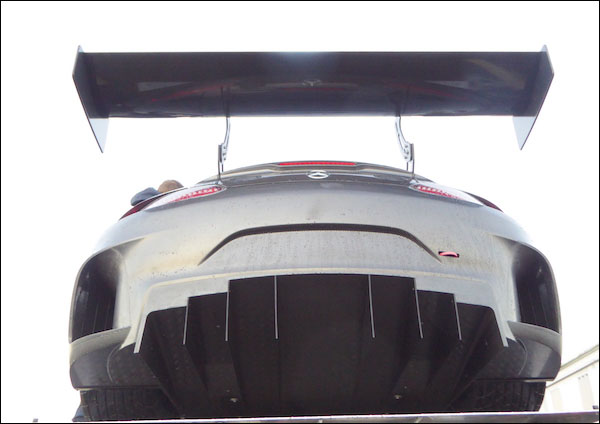