Andy Palmer joined Aston Martin Lagonda in late summer last year from Nissan and it’s been a busy 12 months, with some surprising headlines along the way! 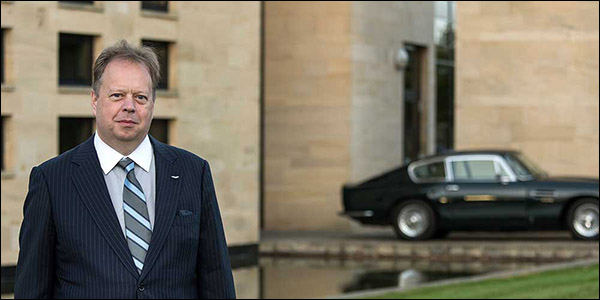 So are the feet comfortably under the table?

“It’s been a year in the job here, the time flies by!

“It’s been a good year and it’s difficult to focus on just one specific thing, but if you take a look at the cadence of that year, the first four months were looking at what the plan should be, and importantly enrolling the shareholders in that this was something they were prepared to back. That took until the end of January.

“That initial sign-off included GT12 and Vulcan, really as a bridge, exciting cars in the pipeline as a bridge to get customers and followers excited and things to talk about as we worked on the longer-term model plan.” 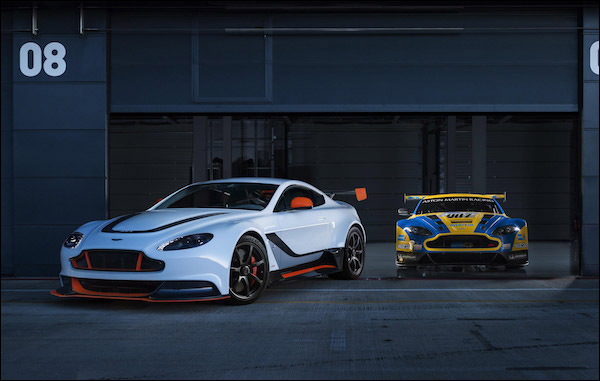 “The new bit for me was raising the finances for that, we had the plan but needed £200 million of investment to deliver it. That was done by the end of April, a real ‘Yee-Hah’ moment. It’s now real money and the delivery issues become a matter for the management and not the shareholders.”

So what’s the mission going forward?

“We only have to do two things: hit the profit target that we’re committed to and ensure that the new cars come in on time and to budget.

“The Geneva Motor Show was big for me, that was the opportunity to show the new face of the company. Me, the two shareholders and the DBX with suppliers, dealers and management all on stage together, a new start for the whole company.

“The Goodwood Festival of Speed was another big highlight, putting the Vulcan up the hill and showing the Lagonda too as we declared the car as going global.

“Internally, we’ve made significant progress on the DBX. It’s very exciting and it’s going into a segment which I’m more familiar with, too, but it’s very new for this company.

“And then of course throughout the whole period DB11 and the other sports cars have been maturing too, DB11 in particular, and it’s going to be gorgeous! That’s coming soon, we’re two-thirds to three-quarters of the way over the bridge to the future, with the early part of 2016 continuing that process.

“Then comes a beautiful moment in the company’s history, not dissimilar I think to the DB5, with a gorgeous, iconic and very significant car coming to market and you’ll see that at Geneva 2016.

“In the middle of all that though, there was DB10 and the SPECTRE movie, great reinforcement of what the brand stands for.

“It’ll not be a production car, it was a concept, we made 10, four of which were the ‘hero’ cars for filming, and that’s it, but that’s part of the beauty of it. There will only ever be 10 of them and I can’t tell you how many extraordinarily rich people I’ve had call me up and ask us to make one.

“It was, and is, a demonstration of what the (future) Aston Martin design language was and for many reasons it would be disingenuous to make those cars. There will though be one that does go on sale, one of the movie cars will go to auction for charity, I believe in February.”

In the next phase what can we expect from the new alliances that Aston Martin is forging?

“The new sports cars are all new and are funded. They don’t share any part of the cars from the past, including the fact that we make our own V12 engine in-house. For me that’s the beating heart of what we do. That decision spawns other decisions including, for example, that we work in collaboration with AMG on the future V8 engine. Why? because obviously we put our resources into the V12 and there’s an economy of scale involved.

“The V8 is a VERY good engine. I’ve spent the past weekend sampling it in another car, and that decision forces you to make other decisions, like for instance the need to build an electric car, because when you talk about having to meet regulations we need to find the balance, happily for Aston Martin having power and silence is as relevant and evocative as having power and a V12 sound.

“So next year you’re going to see DB11 and then a cadence of those new cars thereafter.

“Also funded and therefore assured, is the crossover, which goes into the SUV ‘space’ that doesn’t exist today and if it does it really is only now just starting to be created with the (Bentley) Bentayga. That’s a car where the interior in particular is very nice. We don’t want though to do a Bentayga, which clearly sits in the ultra-luxury SUV space, we want to sit where customers are buying an SUV because of the high ‘hip’ point but don’t necessarily want the utility, they still want the beauty, that’s the space we are going to occupy. 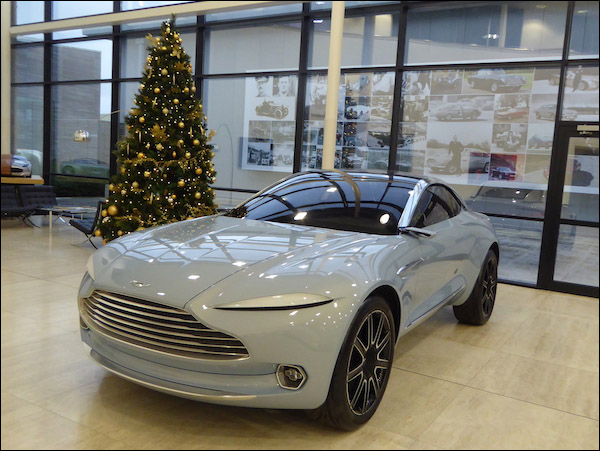 “Again, we’re going to do another small factory, we’re never going to be a brand that’s doing vast numbers, 20,00 is a dream, more like 15,000. We’re always going to be in that luxury space, but we’ll be doing it with a slightly wider portfolio. After that I’d anticipate that the Lagonda is coming back, but by then we’re in our own space, because beyond DBX it’s about having started to generate free cashflow where we can fund new cars with the working capital.

“Within that, every year, we’ll do two special runs like the GT12 and Vulcan this year, halo models, be it inspired by racing or by design, in short 100 or even 10-off runs. Whatever we think is appropriate and sustainable.”

So how would you define the role of motorsport going forward and what are the priorities? In particular where is the reality of the reports about Aston Martin and F1? Or indeed with LMP1?

“I start with GT4. Because suddenly that’s the epicentre. That’s where you see the starting point of the connection with the car that you drive. And it’s a growing marketplace. No series connects road and race better, it really is effectively a road car with a roll cage in it. 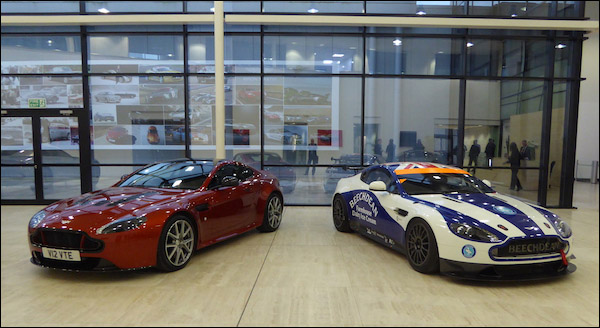 “Then the narrative is that we can make a car that looks like yours and go a bit more extreme as a product, and an experience, that you could aspire to as well, and that’s GT3, which then leads on to the GTE and the allure of racing at Le Mans!

“One of the reasons for the Vulcan project is that it pushes that curve even further and says ‘aero’. 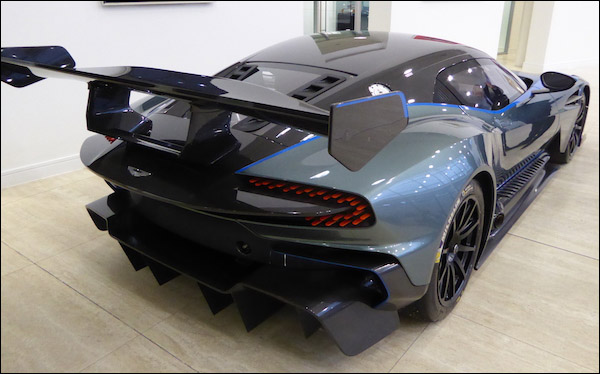 “To some extent that’s part of the answer to your question, can we take the customer’s mindset beyond GT3 and into those aero-effect cars and the Vulcan is a car that starts to get you that crossover.

“Beyond that, there’s really only two ways you can go, one is LMP1, the other is Formula One.

“Either of those is potentially valid at a point where you have the money to do it. The validity comes by, we live in the midst of Formula One world here (at Gaydon) all around us are teams and the supply chain.

“We’re really, really good here at bonded aluminium and at carbon fibre, and we’re leading the charge in terms of structural carbon-fibre, too and, of course, we’re drawing from the supply base around here which is predominantly F1.

“So if we can find a way, when we have the money, which would demonstrate the technology in a way that relates back to the customer in a way that shows that we’re there in LMP1 or F1 because we can show that our advanced technology is coming from those competition cars to your road cars. If we can make that link without being disingenuous, then I’d say the door is open.

“With all of that said though, there is not a story that I have today, or likely any time soon!”

What if there was a more marketing/branding opportunity offered, particularly in F1?

“It still has too be genuine. It’s why I have continuously said that it’s doubtful that we’d do F1. It’s a mechanism too to leave the door open rather than never say never.

“It does a marketing job, we have to look at our company sometimes not through the eyes of a 50-something Brit but sometimes through the eyes of a young Chinese entrepreneur for instance. You need to paint a canvas almost from nothing and F1 gives you a lot of exposure to allow that to happen. It very quickly allows you to say “Did you know Aston Martin has a heritage in racing – oh! you didn’t? That’s why we’re in F1”

“So yes there are marketing reasons for doing it, but the only way to make that story really work is to have a genuine story such as ‘we’re working with this team, or establishing this team because of this, this and this,’ so whether that was linked to the launch of a road car, or some form of technology, carbon-fibre etc.

“You need to be able to link more than one dot to tell the story to those people you are introducing to the brand that we’ve been racing for 102 years and this relates directly, for technological reasons, to the extraordinary product we have sold to you on the road.

So it would be fair to say that neither F1 nor LMP1 are on a todo list, but rather on a list that is titled ‘always consider the possibilities’?

“Yes, and you can never control whether these things will drop right into your lap, but those solid links would need to be in place to even begin to consider that sort of decision. Somebody saying ‘You can have your name on the side of this car’ is not somewhere we would go.

And with the financial proviso you led with, that effectively means nothing in the short-term?