It is rumoured that the BBC are set to announce that two-time Nürburgring 24 Hours winner Sabine Schmitz, ex-F1 driver David Coulthard and journalist Chris Harris and are set set to join Chris Evans on the re-boot of Top Gear, which is due to begin its latest series next May.

Media outlets across the country appear to be puzzled by the choices, with many claiming that Harris and Schmitz are too unknown for the roles. Sportscar fans however, should be pretty familiar with these names.

DSC’s audience should be very accustomed to reading about Schmitz by now, who amongst her exploits driving Ring Taxis has had a very successful racing career, most notably by winning the N24 in 1996 and 1997 with Scheid Motorsport. She’s established herself as a firm fan favourite particularly in recent years driving for the Frikadelli Racing Team who take part in the VLN and Nürburgring 24 Hours each year, consistently finishing at the top end of the SP9 class. 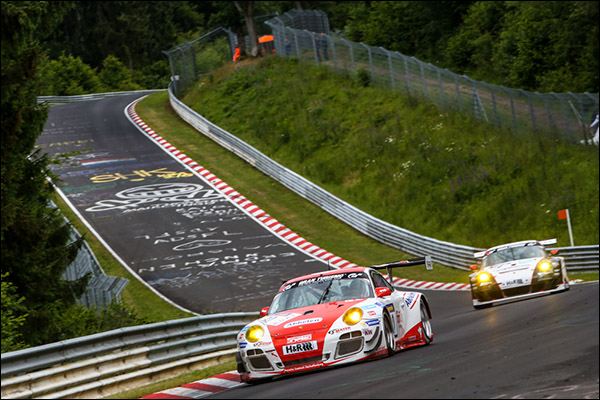 Chris Harris has also competed at the Nürburgring 24 Hours on multiple occasions as well as at the Le Mans Classic, complimenting his journalistic ventures with Autocar, Evo magazine and his youtube video series Chris Harris On Cars.

He’s one of a few notable journalists who have made appearances at the German twice-around-the-clock race.