Hot on the heels of the announcement of the Absolute Racing programme for the 2016 Pirelli World Challenge comes the news that Dyson Racing will not continue with the British marque for their efforts for the coming season.

The move comes after a two year contract to represent Bentley in North American motorsport was completed in a 2015 season that saw the team score a second win of the two season programme, Chris Dyson taking an overall victory at Road America. 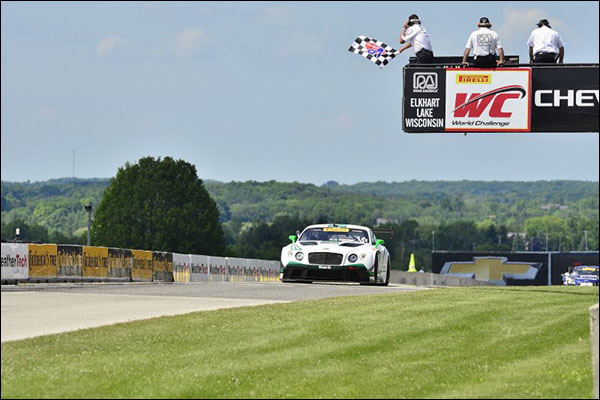 “As a driver, I have to say this was one of my most enjoyable seasons,” said Dyson, whose fifteen-year professional career has been behind the wheel of sports racing and open-wheel cars. “From a personal standpoint I worked really hard to prepare myself for returning to full-time competition this year and I ended up doing more total racing events this year than I ever have.  I’ve probably never enjoyed racing more.”

“I came into GT3 racing with an open mind and I was ready to adapt to the discipline,” Dyson added.  “It was great to get a chance to race a proper GT car, particularly one as sophisticated and well-balanced as the Continental GT3. And I really enjoyed the sprint-race format and working with such wonderful engineers and of course my own guys. The racing in the Pirelli World Challenge is relentless, and it was personally very gratifying to run up front with such a deep field every weekend.  I’m very grateful for the racing opportunities I had this year.”

At the conclusion of the factory Bentley program, Dyson Racing team founder and CEO Rob Dyson offered his thoughts.

“I’m proud of what the team accomplished over the past two seasons,” Dyson said. “It was an honor for us to directly represent the Bentley brand in North America. Bentley is an absolutely first-class organization and it was a pleasure working with our new friends. It was satisfying helping them highlight the performance qualities of both the Continental GT3 and all the other terrific cars that Bentley markets in North America.”

Dyson Racing is in the process of evaluating options for the 2016 racing season and will announce its plans in the new year.