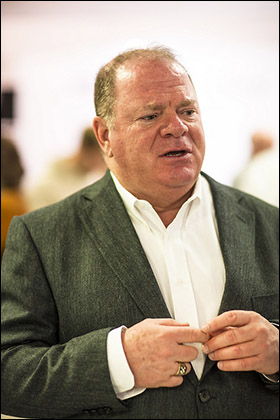 Chip Ganassi is a busy man, but then again he always has been. On the agenda this week is the UK launch of the full-season WEC driver squad, and prep for this weekend’s Roar before the 24 test at Daytona not just for the new Ford GT programs but also with the Ford EcoBoost-engined DP programme shooting for the overall win at the Rolex 24 Hours later this month.

Chip Ganassi Racing provide the umbrella organisation across both the IMSA and FIA WEC Ford GT programmes with a Multimatic sourced team based in the UK looking after the WEC team and the well established CGR outfit handling the IMSA programme stateside.

With all of that, plus IndyCar commitments too let’s start with a really silly question!

So what’s been happening with the programme over the past months?

“Well we started talking with Ford about this programme back in 2013 and were really working on it together back in 2014, that as on the engine work for the Daytona Prototype and we knew we were doing that for some future car down the road but we didn’t really know what that would be, whether it was a Mustang or whatever, at the start we had no idea it was going to be a GT.

“That was coming up 3-years-ago!

“Beyond that it’s been putting together a group of people that can work together as one team.  When you put together a Mike O’Gara, a Mike Hull with George Howard Chappell and Larry Holt you look at the racing experience of that group of people you end up with a pretty good list of best practices!

Ford have chosen a programme packed with history making races, Daytona, Sebring, and of course Le Mans, what’s your mindset coming into this?

“You wouldn’t want to work on a programme of this size, for this long, and put together a group of people such as we have, with a new ground up car, from a company as proud and significant as the Ford Motor Company, on the 50th Anniversary of their greatest ever win without a keen sense of the significance!

“For some perspective let’s take a look back 50 years ago and about what was happening back then.  It was a huge moment not just in motorsport terms but for the Ford Motor Company in terms of their introduction into the world.

“Of course they’d been selling cars worldwide for many years at that point but really had not told a story of taking on Europe and if you were going to do that then who better to go head to head with than Ferrari on the very biggest stage, Le Mans

“To come back today with the new Ford GT, 50 years later there’s no escaping the link and you’d better be ready to deliver!

“We aren’t putting in the effort, blood, sweat and tears to go out there and finish second!

“In GT racing these cars are taking it up a level, purpose built cars. Instead of taking a road car and making it into a WEC car lets build a WEC car and make it into an extreme road car.”

It’s a second banner class in addition to LMP1? 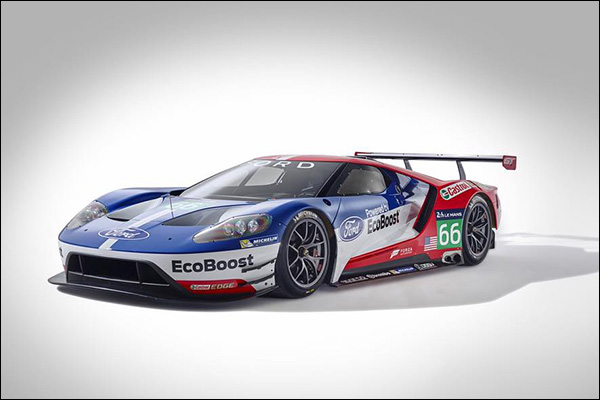 “I’m an open wheel guy and a Prototype guy and I certainly don’t want to see those formulas go away but you can’t deny the fact that there’s a manufacturer war going on in GT!”

We now know all eight full-season drivers, four for WEC, four for IMSA. When will we hear the missing pieces for the longer races?

“Very soon, sooner than you may think!”