Marc Basseng pitted and handed the second-place Land Motorsport Audi to Connor de Phillippi a few minutes into the eighth hour of the 2016 Dubai 24 Hours, temporarily dropping the car out of the lead battle. There were brake problems caused by an oil leak for the Ram Racing Mercedes, with Stuart Hall having to come back into the pits almost as quickly as he’d left them. 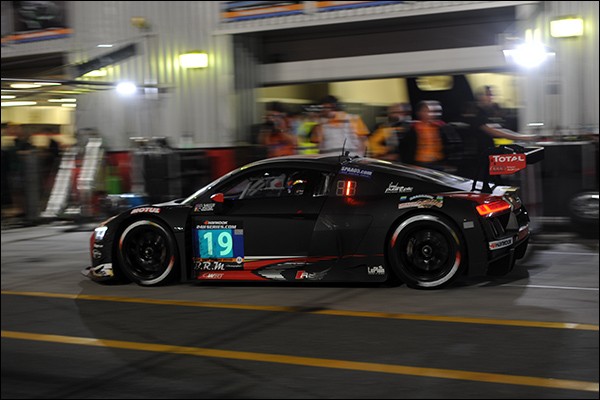 WRT Audi’s Vanthoor inherited the lead when the Scuderia Praha Ferrari pitted to enable Peter Kox to trade places with Matteo Malucelli. The car’s ‘gentleman’ driver Jiri Pasirik had done his minimum two hours of driving at this point, opening up the potential for the three other crew to complete the race without him getting back in.

Halfway through hour nine, the Boutsen Ginion Renault was the cause of a Code 60 period for the second time in the course of the race, running well down the order in 70th overall. The situation was rectified soon and the race went back to green after about 10 minutes.

At the start of hour nine, the established pattern of the lead circulating between the WRT Audi, Scuderia Praha Ferrari and Land Motorsport Audi. Aided by some mechanical trouble for other cars, the Konrad Motorsport Lamborghini’s steady run continued as it sat in fourth place with Christian Engelhart at the wheel. 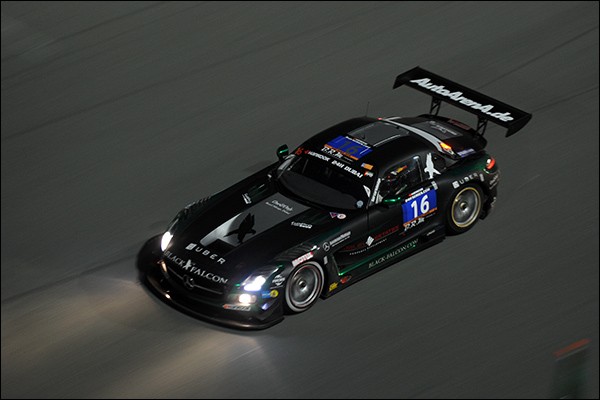 The #16 Black Falcon Mercedes continued its determined effort fifth, while sixth was held by VLN veteran Lance David Arnold in the #27 SPS Automotive Mercedes. Another SLS, that of Hofor Racing, sat seventh overall and in the lead of the A6 Am sub-class. 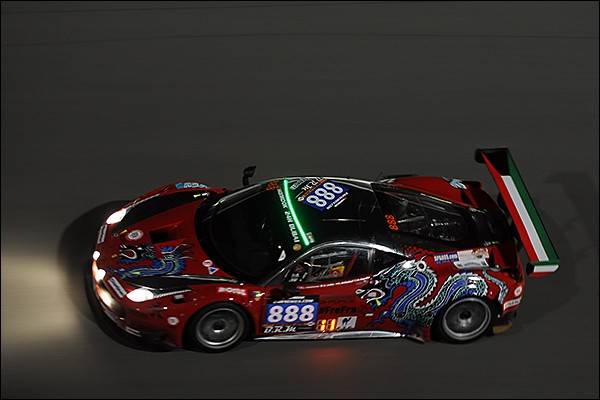 Dragon Racing’s sole remaining entry, the #888 Ferrari, was eighth with Alex Kapadia at the wheel, while second in A6 Am was the Preci-Spark Mercedes. Completing the top 10 was the #34 Car Collection Audi. Things remained largely unchanged for the rest of the hour, which ended with de Phillippi around a lap up on the WRT Audi, which was a further two minutes or so ahead of the Scuderia Praha Ferrari.