Just like Daytona International Speedway is being remodeled, so is the IMSA Weather Tech Sportscar Championship. The difference is that while the Speedway remodel is complete, the changes to the racing series is just starting.

While the GT classes are changing, it is the Prototype classes that will be subject to another year of more of the same. Well mostly more of the same. If you liked what you saw over the last two seasons, you’ll likely be quite happy watching IMSA Prototype, circa 2016.

The Prototype Class heads into the Rolex 24 at Daytona with a 13 car entry, comprised of seven DP category cars, five P2 category as well as a single Deltawing. Not a bad entry at all for kicking off a transitionary season.

Up front, the headlines out of the Roar test was the improved pace of the P2 spec cars, especially from the Mazda camp and also the speed of the “a spec unto its own” Deltawing. Meanwhile, the DP sub-category begins their retirement tour season, unless they are grandfathered in for 2017 and kick off a never-ending series of farewell tours, much like what The Who have become known for.

First off, it looks like the P2 cars have the speed to be competitive at Daytona. The MSR and ESM Ligier JS P2 HPD both posted fastest times in sessions, with Brazilian Pipo Derani posting the fastest time of the test overall, a 1:39.249 in the very final session on Sunday in his debut for ESM. 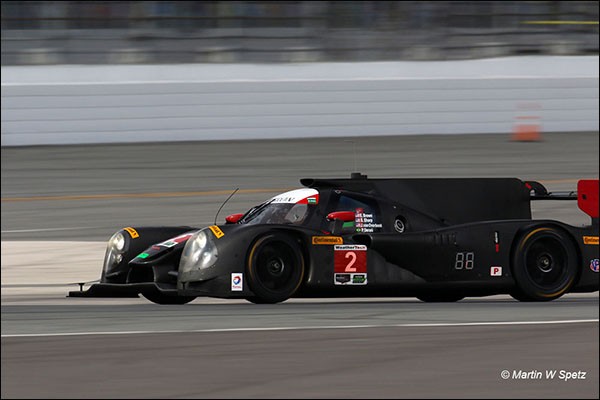 The P2 cars have shown the necessary speed in which to be competitive here at the 24 hour race but that is only a part of the necessary equation. Reliability has never been a strong suit for the P2 category since its inception and the current iteration shows no reason for the tag to be removed. Plus both MSR and ESM are featuring Pro/Am driver line ups in cars that are more difficult to drive to the limits when compared to the DPs. It may have looked like it was the P2 cars with the upper hand at the Roar, but expect the DPs to be the ones racing for the checkered flag at the end. 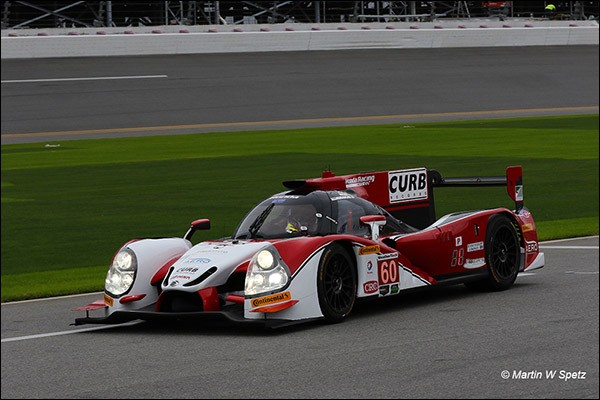 An interesting and welcome addition to the P2 ranks is the SMP Racing BR01 Nissan, which was able to show competitive times on their first runs on the series specific Continental tires. 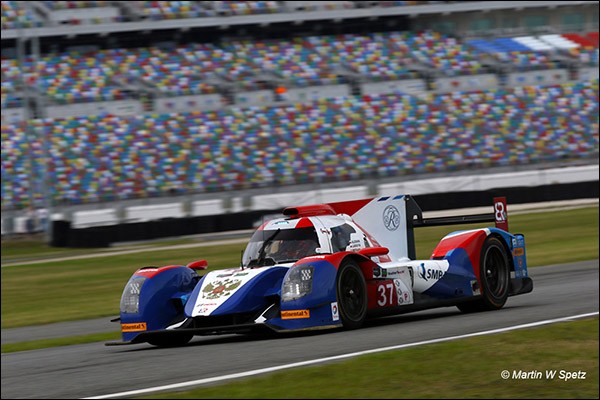 The engine change for Mazda, from diesel to gasoline has been rumored for ages, but it is just this season that Mazda officially acknowledges its presence. The 2.0 liter turbo 4-cylinder continues the Mazda/AER connection, one which resulted earlier in ALMS Championships as well as recently with the current Indy Lights program. The chassis is still the Lola based but now Multimatic developed one that has been synonymous with the Mazda for their entire time in the P2 class. Success here at Daytona will likely be a long shot for the team, but it is not far-fetched to think of the team seeing success somewhere along the way in 2016. 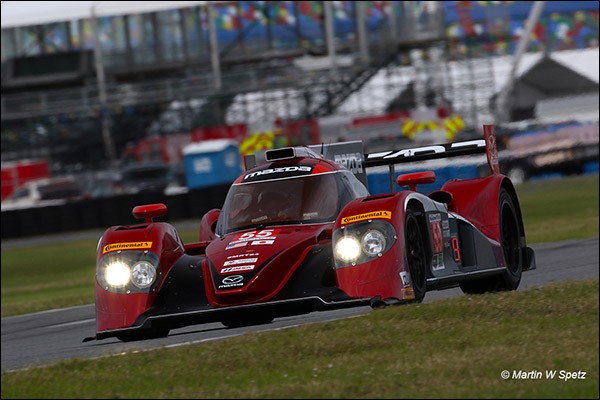 Then there is the car that is the exception. The Deltawing. Think balancing P2 and DP cars is tough? Add the Deltwing to the equation, which at this point has become the answer to the question no one asked. Make no mistake, the entire team has worked hard to improve this car and all credit must be given to them, but there simply is nowhere in the regulations that this car fits. But it is here and looking quite racy here at Daytona with Katherine Legge and Sean Rayhall as the full season drivers and helped here by Andy Meyrick and Andreas Wirth. 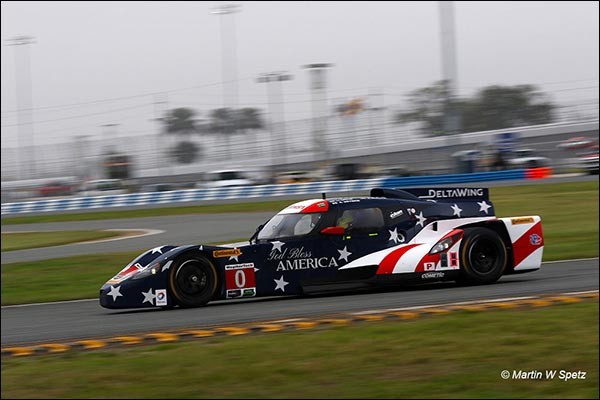 Which brings us to the DPs. Like usual, the class fight will be between the Corvettes for WTR, Visit Florida Racing and the pair under the Action Express banner and then the two Ganassi Ford entries. All should be there with a chance for victory.

As far as times, it was the #5 Action Express Corvette and the WTR Corvette being the only DP spec cars to break into the 1:39s at the Roar. 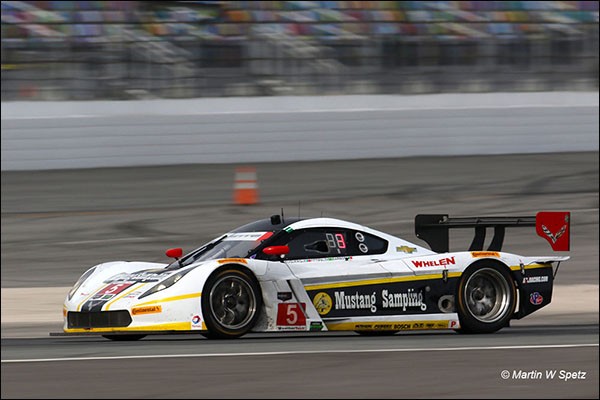 For Visit Florida Racing, this is a season of change with new drivers who must acclimate themselves. First off, it was spring cleaning at Spirit of Daytona during the off season, with Marc Goossens and current ESM driver Ryan Dalziel now around for the full season and past IndyCar champion Ryan Hunter-Reay along to help out here for the Rolex. With this line up, you’ve got to wonder if the team is looking towards a P2 future shortly or at least gaining insight before making the DPi change. 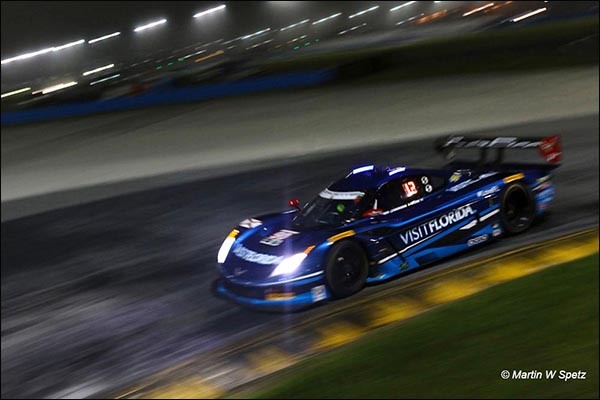 Meanwhile Scott Pruett, a long time a driver for Ganassi, must now retrain himself to not default to their pit box, but must find the Action Express team box instead. The driver squad is very strong here, consisting of champions Joao Barbosa and Christian Fittipaldi, assisted by Audi driver Filipe Albuquerque. This does put the American driver in a strong position to record his sixth win at Daytona in the 24 hour race – a race in which he has already recorded 10 class victories in addition to his 5 overall wins. The Whelen sponsored team car with Dane Cameron and Eric Curran returning with help from the always fast Simon Pagenaud and the Sunoco Daytona Challenge winner Jonny Adam had a subdued Roar but should show stronger in the race. 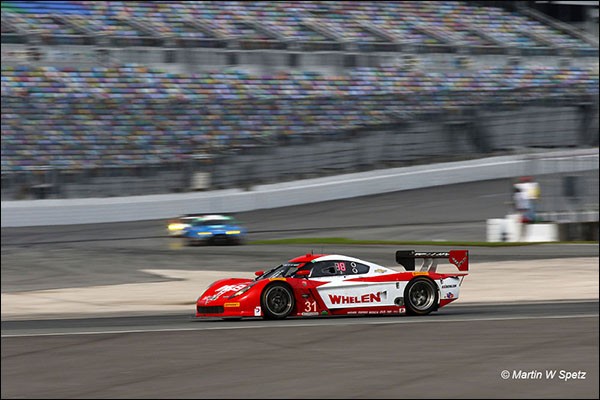 Meanwhile defending race winners Ganassi continue in the Prototype class with two Riley Fords, in addition to their new Ford GT program. The #02 has the usual all-star Ganassi entry, this time consisting of Scott Dixon, Tony Kanaan, Jamie McMurray and Kyle Larson, while the 01 has a very compelling but also quite diverse entry of Brendon Hartley, Andy Priaulx, the recently retired (and now apparently temporarily re-employed) Alex Wurz and the young newcomer Lance Stroll. 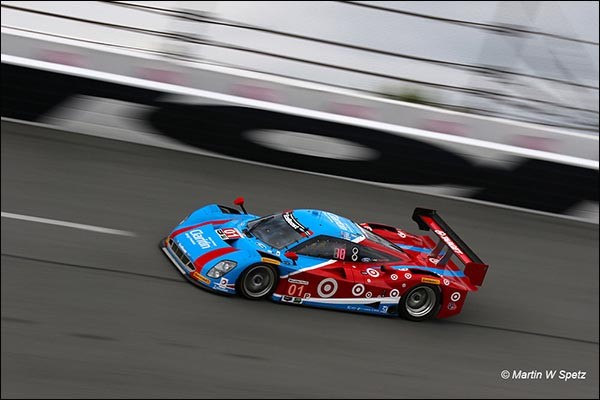 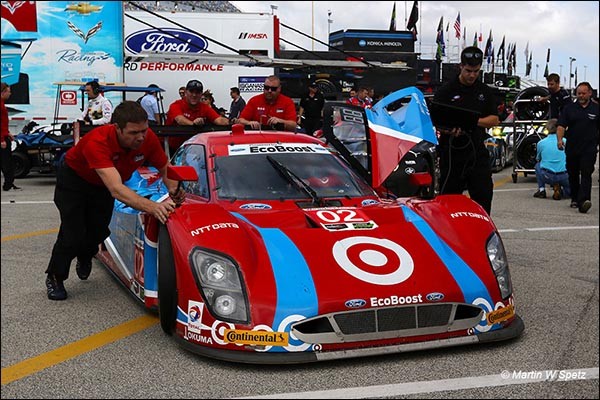 While their expectations are low for a win, the Highway to Help Riley BMW adds a final DP to the class as well as a different power plant. Plus the 50+ guys are always good for a quote and they are racing for a good cause. Welcome back… 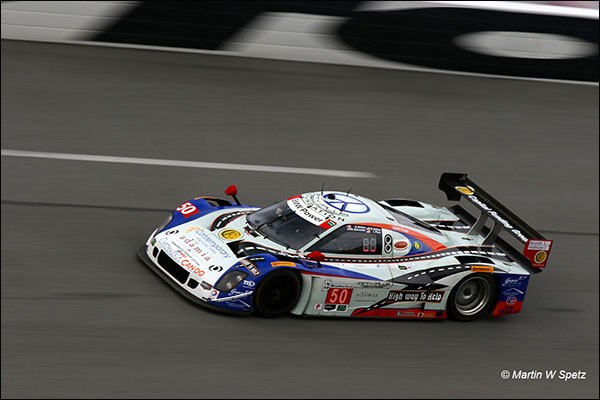 Much like their faster name sharing brethren, the PC class is in need of refreshing. Much like the Porsche Cup competitors in the last seasons of the ALMS, this class has moved to the lowest rung of the entertainment ladder.

There’s a package of upgrades being rolled out in the early part of the season with the whole picture appearing for Sebring.

For now though the class will be leaning heavily on the potential for its signature close qualifying battles (and sometimes the racing too) for head turning performances.

Daytona has not been a happy hunting ground for the PC Orecas – the teams and drivers will be hoping that the first tranche of upgrades will help to improve reliability here. 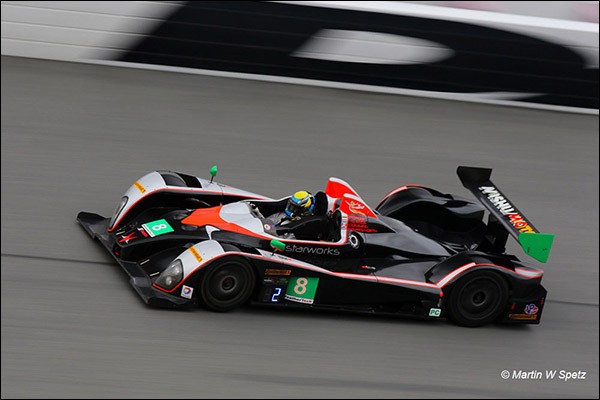 Based upon Roar times and driver line-ups, you’ve got to give Starworks and BAR1 the nod to challenge, but as always in this class, as long as CORE is competing, you’ve got to consider them the favorites. From top to bottom, CORE is the one to beat, but as with last year, 24 hours is a very long race and anything can happen. 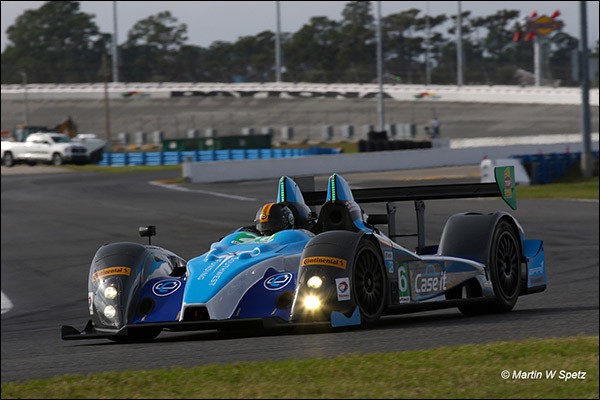 For CORE, not much has changed – just the addition of Martin Plowman to the typical endurance line up of Bennett/Braun/Wilkins for the multi-time champions. Engineer Jeff Braun will be supporting the effort as well after spending a lot of time on the Mazda prototype effort. 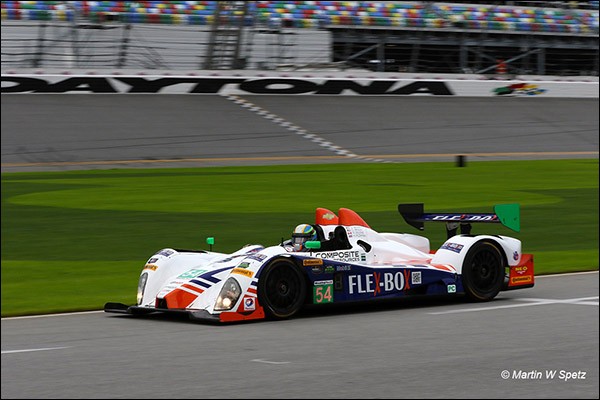 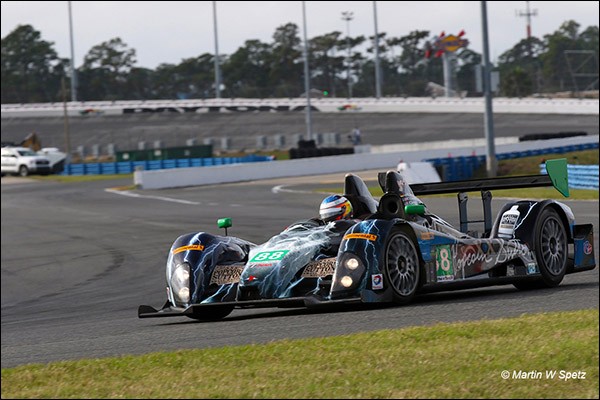 BAR1 also has two cars entered with the No. 20 being the faster of the two, thanks to stellar efforts from Johnny Mowlem and latecomer Lucas Auer. PR1 Mathiasen, courtesy of a fine effort by Tom Kimber-Smith led one of the sessions at the Roar, but otherwise had a quiet test 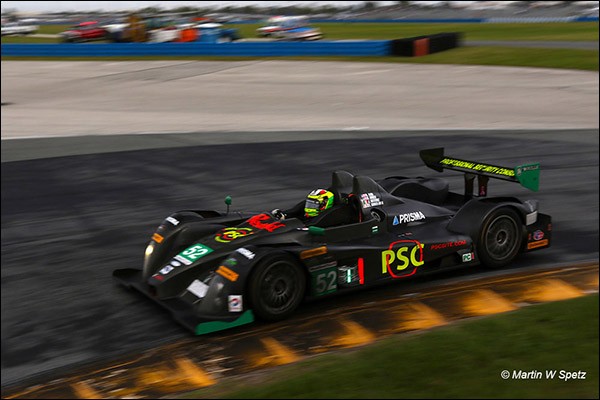 Single car entries from Performance Tech and JDC-Miller (below) round up the entry list for the expected 8 car field. 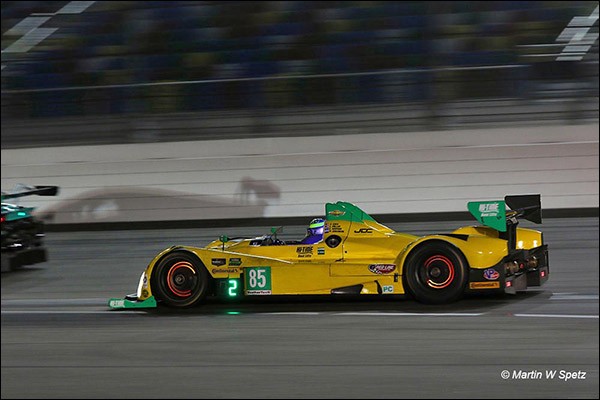