The final hour was simply a fight to the flag in the 2016 Liqui-Moly Bathurst 12 Hour.

Shane van Gisbergen and Laurens Vanthoor in the McLaren and Audi reseptively had their stops prior to the final hour and it didn’t take long for Katsumasa Chiyo in the Nissan to make his final stop and for Guy Smith to hand over to Steven Kane for the final Bentley stop.

What was important is that they were all timed stops and all kept their tyres on for a second stint.

The battle for the lead was around 11 seconds after the pitstops with the McLaren and Nissan. The Bentley and Audi were about 30 seconds further back.

Unlike previous years, there was no yellow in the final hour with the final 90 minutes (approx) running under green flag conditions. There were 40 laps under yellow for three hours and 13 sessions.

This was not to say that down the field there wasn’t some drama as the #59 McLaren must have given the Tekno stable something to think about after the car came into the pits for a reboot – much like Parente had earlier in the race. In a piece of smart thinking, the team brought the car into the pits, to ensure that the car didn’t bring out a yellow flag.

There was feeling of a never-give-up attitude for the lead with Chiyo at times getting the gap to under 10 seconds and putting in a 2:02.46 lap with just two minutes to go – that is the fastest lap for the car on lap 296. He kept pushing, taking over a second out of the McLaren on the first sector of the final lap and a second in the second sector.

But it wasn’t enough and Shane van Gisbergen had the race under control to take the first major race win for Tekno and for the McLaren 650S. It was also the first win for Pirelli in the GT3 era of the Bathurst 12 Hour. In the end it was just 1.2 seconds in it.

The Bentley with Steven Kane took third, taking revenge for last year with they just missed the podium and the Audi was fourth.

It was a race record for the Bathurst 12 Hour with the previous lap of 296 laps being beaten by this race race with 297 laps.

In the other categories, the Class A Am category was taken by GT Motorsport and their Audi with Nathan Antunes behind the wheel. They took a comprehensive three lap win over the JBS Lamborghini and International Motorsport (Audi). 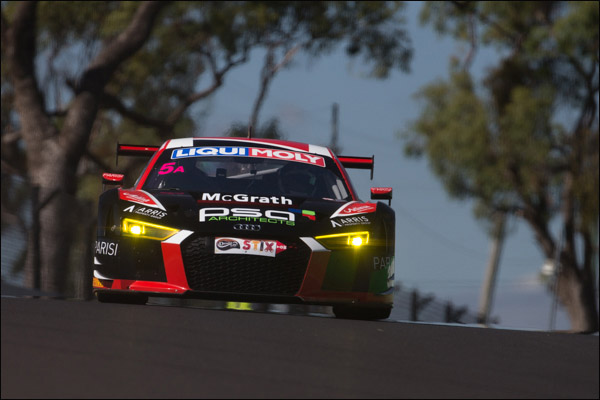 In Class B, Earl Bamber handed the Grove Racing Porsche to team owner Steven Grove to take to the flag. They completed 285 laps, 15 ahead of the SAFE-T-STOP Porsche with the JFC-Freem Porsche taking third. 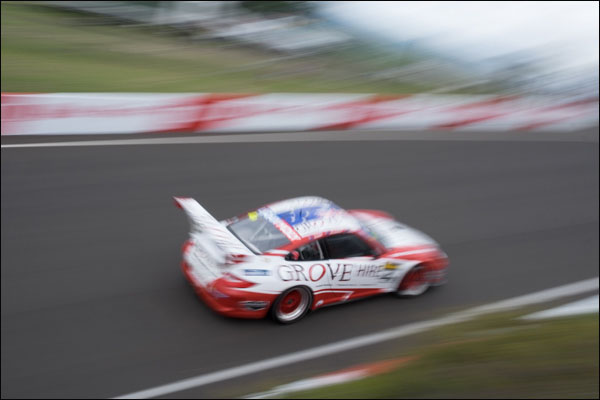 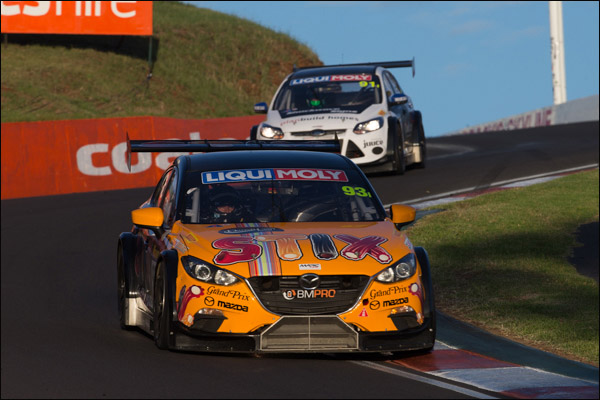 But in the end it was a new winner for the Bathurst 12 Hour, with Pirelli, McLaren and Shane van Gisbergen proving their pace.

There was a record 29 changes of lead between eight cars. The pit stop time demonstrated that the McLaren spent 45 minutes in the pits with 13 stops, over the Nissan with 57 minutes and 11 stops.

The competitiveness of the race was demonstrates with five different marques in the top five and Nissan fighting from 13th to second.

Though the pole-sitters could not be denied. Shane van Gisbergen, Alvaro Parente and Jonathon Webb, Tekno Autosports, McLaren and Pirelli will go down as deserving winners of the 2016 Liqui-Moly Bathurst 12 Hours.