Max Angelelli has told Autosprint magazine in Italy just how close his race finishing stint at the Rolex 24 Hours at Daytona came to catastrophe. 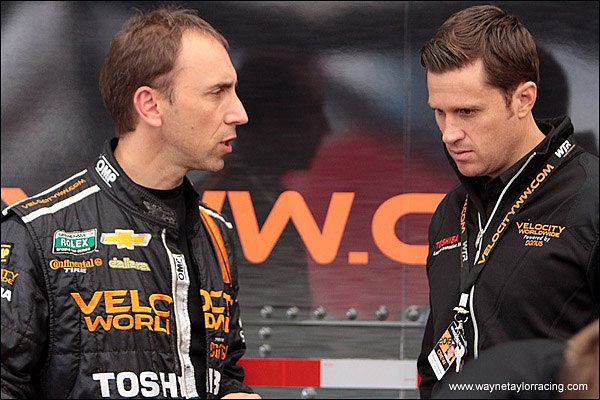 After Jordan Taylor finished his final stint early complaining of fumes in the cockpit it is clear that the issue was not fixed before the car was released.

The interview makes it clear that Angelelli knew very early into the stint that he too was getting fumes into the cockpit but opted to continue. 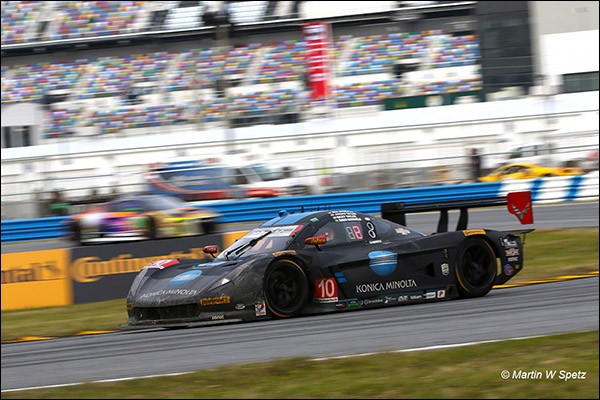 Angelelli describes how he began to lose lucidity and, by the time he finished the race, was getting weaker and was unaware of other cars on track!

He did not see the checkered flag but stopped when he spotted marshals on track with yellow flags.

He describes fainting immediately after stopping and being taken unconscious to hospital with carbon monoxide poisoning (“with as much as 40% CO2” presumably CO).

Angelelli was moved from Daytona to Orlando by helicopter and had a three hour session in a hyperbaric chamber before being returned to the hospital in Daytona from where he was released on Monday afternoon.

The interview continues by revealing that Wayne Taylor was interviewed by police “But fortunately everything was quickly resolved in a positive way, they realized that it was a technical problem”.

Angelelli returned to his US home before travelling back to Italy.

Wayne Taylor Racing have provided the following timeline (via Technical Director Brian Pillar), who called the entire race from the pit box. It is reproduced here in its entirety

Lap 688 – Pitstop: J. Taylor gets in according to driver rotation
Lap 696 – WTR notices small issue with the engine over telemetry, exhaust crack is theorized
Lap 702 – J. Taylor complains of sound/vibration issues from the engine bay.
Lap 703 – Team instructs J.Taylor to disable an engine function to reduce issue
Lap 712 – J.Taylor mentions that he can smell exhaust in the cockpit
Lap 713 – Pitstop: M.Angelelli gets in because J.Taylor was already dealing with unrelated minor health issues.  This was also strategic lap for a final pitstop.
Lap 715 – Team instructs M.Angelelli to turn helmet blower off.  Based on J.Taylor’s recommendation.
Lap 721 – Team instructs R.Taylor to prepare for final driver change.  #10 in P2 has large enough lead over #90 P3 that an additional pitstop/driver change would not surrender a position.  Team also discusses options to help an exhaust leak that could be performed during the stop : engine cover removal, cockpit vent opening.
Lap 72X – Although team is in constant radio communication with M.Angelelli, this is his first request of time remaining (approx. 30min). Up until this point M.Angelelli was acting normal on the radio requesting information on the slower drivers he was approaching..
Lap 730 – M.Angelelli requests the # of laps remaining (7)
Lap 732 – Same request (5). Team repeatedly reminds Max there is a 70s lead over 3rd place.
Lap 733 – Team can see pace slowing over telemetry, assumes M.Angelelli is using caution after understanding his lead.
Lap 734 – Same request (3)
Lap 735 – Team is preparing to send mechanic to the pit exit break to meet M.Angelelli before he enters the paddock.
Lap 736 – End of race (M.Angelelli parks car in Turn 1 runoff.  Team receives no communication from M.Angelelli.  Team immediately requests medical support from IMSA)

Post-Event, WTR Engineering worked directly with IMSA Safety Field Invesigation team, providing them data and an analysis of the situation

Notes from the timing stand (referring to available laptime information:
– first 14 laps (60%) of M.Angelelli stint were aligned with J.Taylor (no issues)
– laps 14-18 (75%) of M.Angelelli stint showed no issue
– lap 20 (race lap 732) was the first indication of pace slowing, but this was aligned with communication to M.Angelelli of the 70s lead over P3 (#90)
– pace continued to slow, and M.Angelelli was requesting remaining laps.  Team felt M.Angelelli was working hard to finish stint in less-than-ideal conditions.
– History of M.Angelelli at Daytona specifically has showed that he leaves 100% on the racetrack and usually finishes the Daytona event in need of some level of medical assistance (without car issues). The pace and communication seems aligned with a normal race finish from M.Angelelli given all the information he had.