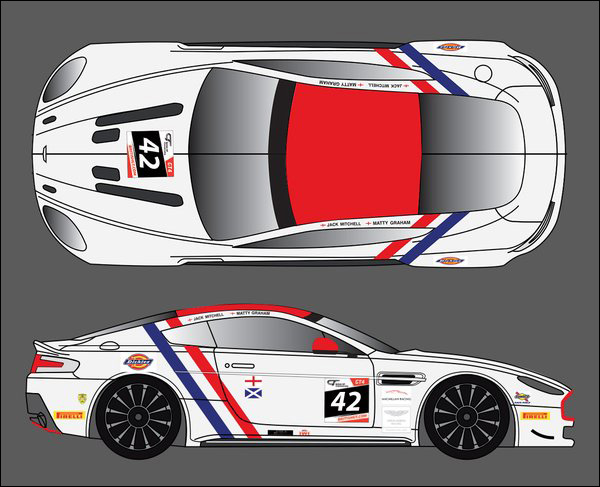 Macmillan’s Silver-rated driver line-up is a strong one thanks to a mix of junior sportscar and single-seater experience.

And the 19-year-old, who also finished fourth in 2013’s BRDC Formula 4 Championship, is looking forward to his GT transition.

“I’m really excited that I’ve been given the opportunity to race with Macmillan Racing in the  British GT Championship driving their Aston Martin Vantage GT4,” said Graham. “I tested the Aston Martin with the team and felt comfortable with the car and with them.

“GT4 will be a different experience for me as I have been racing single-seaters but I felt immediately comfortable in the car which in turn led to a productive test day. I’m looking forward to working with the team and my team-mate Jack Mitchell, and believe that we will be a competitive pairing.”

Co-driver Mitchell added that the building blocks for a successful season were already in place.

“This is such a great chance for me,” said the 17-year-old. “GT Racing is where I want to build my career. We had such a great test last week and I am looking forward to working with Matty. The whole team is really experienced and I am sure we can achieve success together.”

Macmillan Racing was created and founded by David Macmillan, together with Richard Dencer and commercial partner Simon Sanderson. The team has been set up with the aim of developing young, talented drivers and engineers through a ladder programme from GT4 and GT3 to GTE and on to Le Mans.

“Our focus is on the team to develop future GT talent; both drivers and engineers,” said Macmillan. “I am delighted to welcome our first young guns, Jack Mitchell and Matty Graham. We have exciting plans in place; come and join the ride as we work towards our Le Mans dream.”