For Martin Ragginger, 2016 marks the return to a mainly European programme that centers around two efforts based in Germany. Always a Porsche loyalist, the man from Salzburg will drive a 911 GT3 R in the ADAC GT Masters for Herberth Motorsport together with Robert Renauer, while the Nordschleife once again sees him go for Germany’s greatest prize in racing, victory in the Nürburgring 24 Hours. Sharing another 911 GT3 R for one of the most popular “brands” in motor racing. Operated by Schnabl Engineering, the Falken team – Raggi along with Germany’s Wolf Henzler, Scotsman Peter Dumbreck and Alex Imperatori of Swtzerland – wants to better last year’s 3rd place finish. In previous years, the super-competitive Ragginger almost seemed to be his own worst enemy at times; today, while at the height of his game as a driver, he seems more at ease with himself: “It comes with age, I guess!” 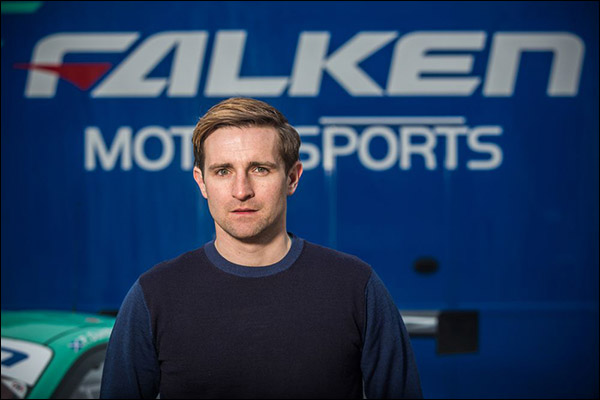 You are back at N24 with the Falken team; last year you finished on the podium, what does this event mean to you?

“It is my favourite race, I find it the most fun, and so tremendously challenging.”

Is crossing the finish line there still an emotional moment, or is it just mission accomplished?

“If you bring home a good result, the emotion is certainly there; and we hope it will be a good one again! The best place to be at the N24 is in the car, that’s where you all the commotion around the car, the team, the race affects you the least. When you have a situation such as what happened to me in 2010, when we were in the lead with the hybrid 911 only to drop out with less than two hours to go, that’s painful. You go through to much over the 24 hours, you can’t control everything that happens, you can deliver your performance, 100 percent.” 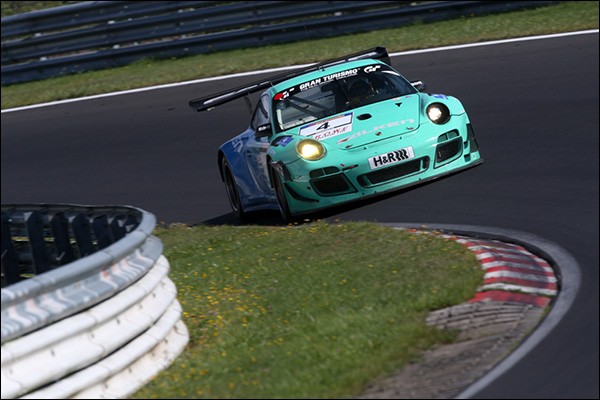 The Falken effort is a favourite with race fans not just along the Nürburgring.

“Oh yes, to have the fans cheer for us as we go by, and to see the activity in the social media, I’m happy that we have such a strong fan base.”

To what extent are the drivers involved in the brand’s media and PR activity?

“There are certain things we do, such as film work and so on. But our main assignment is to pedal the car as fast as possible!”

What do you think about the changes that have been made to the Nordschleife in the wake of the 2015 tragedy?

“I’ll find out this week, when I get to drive the track for the first time this year! That one crest has been re-contoured; in the past we knew we had to lift there, if you didn’t you could feel the car catch air. So it was correct to make that change. And it was right to do away with the speed limits, those were a bit of a mess. But last year, the main thing was to have the 24 Hours go ahead at all. There was all kinds of speculation, whether the event would even happen. So this year, I am looking forward to a real race again!”

The N24 grid is smaller nowadays than in years past, does that make itself felt?

“I have always felt that there was enough cooperation, yes the speed differential between the slowest and fastest cars is huge. But the Ring is big enough for everybody. If everyone shows a little consideration for others then things work out fine. The smaller teams deserve a chance to go racing in the way they have always done, and they shouldn’t have to quit to accomodate us. It is important to preserve that balance; and I think the people in charge know that, and want to do that.”

Moving on to the ADAC GT Masters, that series seems to be in a resurgence following a few years of good racing but small grids. We will see 30+ entries, a number of them with brand new cars, where do you see the 911 among this competition? 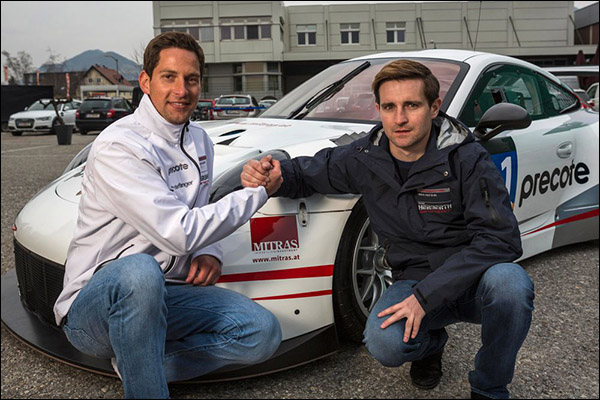 “All the way at the front, I hope! With last year’s car we were still competitive, our main problem was consistancy. Pirelli will have a new, harder spec tyre for everyone this year; we have a new car with more aero and improvements all round, in every aspect; so now we are hoping for a BoP that allows us to compete with the fastest teams. Some tracks will suit the car less than others but it isn’t my business to worry about that. Robert and I will do our level best, and we’ll see where we end up.”

How does a driver deal with the frustration that BoP inevitably brings?

“I’d be lying if I said I it didn’t bother me. Yes you always want to be fastest. It can’t always be that way. I have acepted that worrying too much about it doesn’t help. In the end, it tends to even itself out, there will be weekends when we will have a better car than the others. I tend not to spend too much time thinking about it.”

You do all your racing abroad, and it is difficult for non-F1 motor racing to reach its fan base; have you retained a fan base in your home country?

“I certainly hope so. I do think that the GT Masters and the other series I compete in offer good, high-quality racing. We also allow the fans to get up close, something that I miss when I look at Formula 1. So I hope I’ll see many fans at the my home race in GT Masters, at the Red Bull Ring.”

With your time in the Carrera Cup Asia, was there a danger of you dropping out of sight of the European racing community?

“No I have always made a point of staying active in Europe as well. But the Asian Porsche Cup is a lot of fun; and I have met a whole new culture. The boy from Salzburg got to see the world! And I am glad to be going back there for four events this year.”

Returning to the subject of tyres, you drive similar cars in the GT Masters and the VLN but on very different rubber. How does that difference make itself felt?

“The car will behave differently, in every aspect, how it behaves under braking, how it turns in, what traction there is, everywhere. Tyre degradation is the main thing, how quickly the tyre loses performance. And then you try to get the best lap time out of it. VLN and the N24 are one of the last remaining championships that still allow development tyres. I am glad that we have that wider choice of compounds on the Nordschleife, in certain weather conditions, as well as during the night, it is important to be on the right tyres. The other series, such as GT Masters or Blancpain, have spec tyres that are more or less equally suited to every car. You just have to make them work for you. So it becomes a non-issue.”

You work with different teams and drivers; depending on what series you are in, you collaborate with them on one weekend, compete against them on the next

“Happily, I work with professonals so all this isn’t a worry. We do our work, we do it well, and we get along; otherwise we wouldn’t have been working together for such a long time. And, we are in touch throughout the year. So I have a friendly relationship with my colleagues, even when we are competitors.” 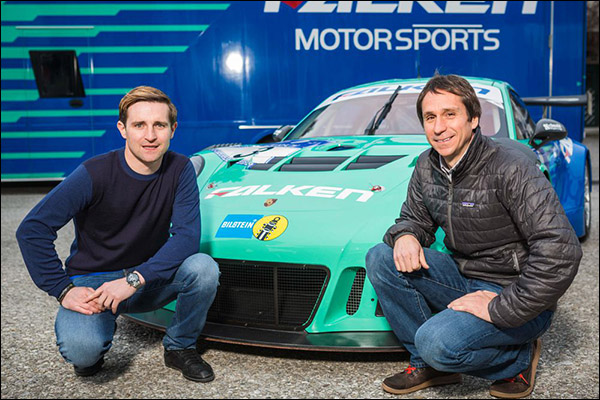 And if things to go wrong?

“We talk it over. Each of us has a professonal enough attitude not to dwell on what has happened. And we carry on!”