Conditions in Le Castellet changed rapidly after mid-day with temperatures dropping steadily throughout the afternoon. In LMP1, Porsche remained ahead of the field with Romain Dumas clocking a 1:37.960 only ten minutes into the session. He improved #2 car’s fastest lap set in the morning session by three tenths of a second. 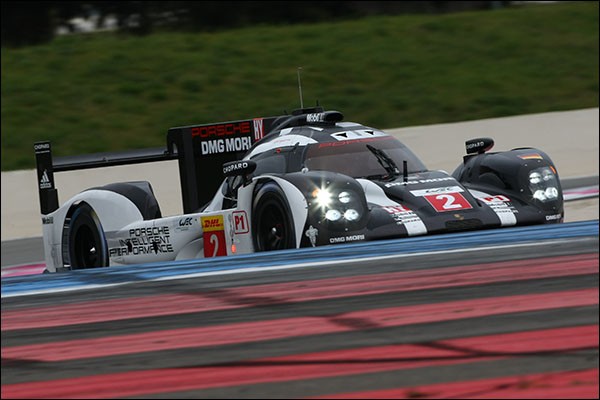 The #7 Audi R18 remained in the pits for most of the afternoon as the German crew spent hours repairing a mechanical problem identified at the back end of the morning session. The car, driven by Benoit Treluyer, Andre Lotterer & Marcel Fassler eventually finished second fastest with a lap of 1:39.393; a 1.2 second improvement versus the morning session.

Anthony Davidson aboard Toyota #5 set the third fastest lap with 1:39.559. The TS050 in its Le Mans aero-spec remained the fastest LMP1 car down the Mistral straight with a top speed of 341 Km/H. That is respectively 30 and 40 km/hour faster than the Audi R18 and Porsche 919’s top speeds.

In LMP2, the #43 Ligier of RGR Sport by Morand remained the fastest car throughout most of the afternoon. With Bruno Senna at the wheel, the car posted a 1:47.569. But in the final minutes of session, the #42 Gibson driven by Jonny Kane was fastest with a lap time of 1:46.976, an improvement of four tenths compared with this morning’s fastest LMP2 lap. 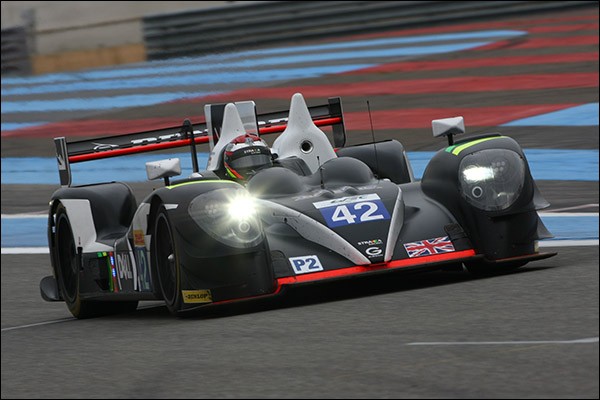 The Alpine A460 #36 of Gustavo Menezes, Nicolas Lapierre and Stephane Richelmi finished third, almost one second behind the Gibson.

In GTE Pro, Ford GTs led the first hour of the session with Stefan Mucke on #66 lapping 1:58.781. At the top of the second hour, Davide Rigon and the #71 AF Corse Ferrari 488 GTE retaliated with 1:58.479. That lap time remained the fastest until the end of session. 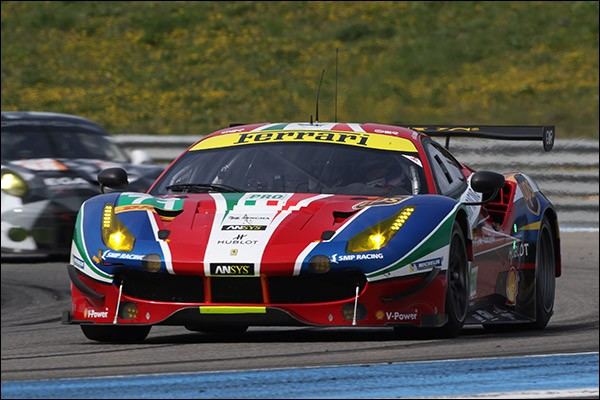 Ford nonetheless improved with #67 of Andy Priaux clocking second fastest lap time with 1:58.697, one tenth of a second ahead of sister car #66. Ferrari #51 of Gianmaria Bruni and James Calado and Porsche #77 of Christian Ried remained in the pits throuhgout the afternoon.

In LMGTE Am, the Larbre Competition Corvette driven by Pierre Ragues, Yutaka Yamagishi and Paulo Ruberti was again fastest with 1:58.957 – eight tenths faster than this morning. 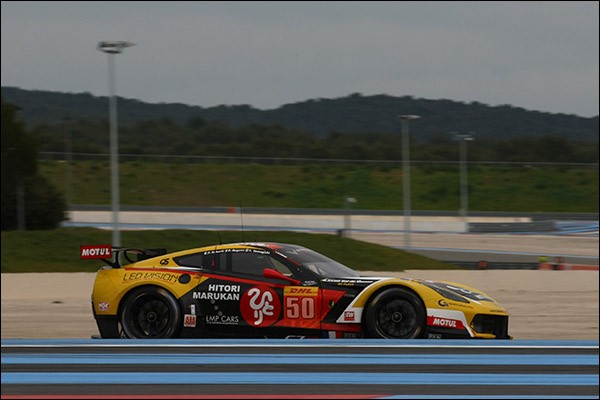 The time, was ahead of Ferrari #83 of Francois Perrodo, Manu Collard and Rui Aguas with 1:59.113 and Gulf Racing Porsche #86 of Mike Wainwright, Adam Carroll and Ben Barker.