We reported late last year here on the meeting in Bahrain that effectively became a summit conference on the future of the Privateer sub class for non-Hybrid LMP1s.

Since then there has been very little news on any movement to address the performance and cost issues that have dogged the class, in particular since the advent of the big budget, huge performance factory-funded hybrids. 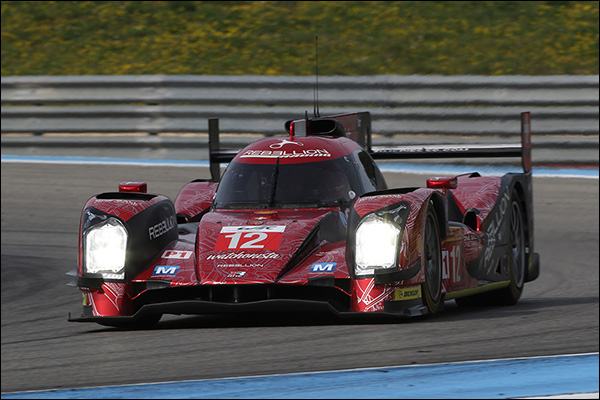 Whilst the meeting was described by several attendees as ‘constructive’ there was also frustration in evidence too over a lack of movement since Bahrain.

The principal outcome though seems to be designed to move things forward much more rapidly with all parties presented with a list of eight areas where better performance might be found, and asked to respond to the ACO in a matter of days (by next week) with an estimate of what performance improvement in those areas might be gained at accessible cost. 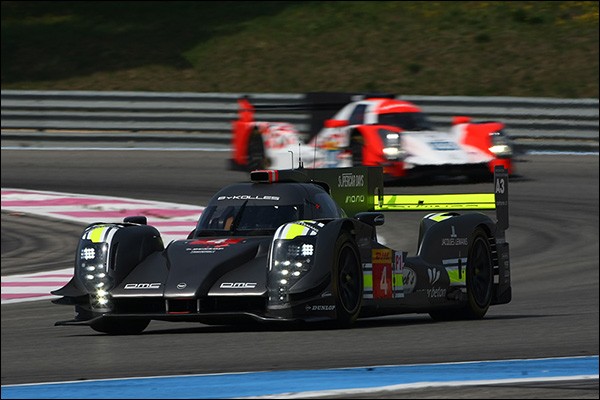 There is enthusiasm for the process, but rather less confidence it has to be said about the potential for a viable and sustainable solution amongst many of the concerned parties though the FIA WEC and ACO at the very highest levels continue to voice publicly the importance of supporting their privateer customers, and positivity about the potential for entries in numbers coming as a result.

The question of power levels is becoming a very real one, in particular with the looming issue of a more powerful formula for LMP2 from next year, the 2017 Gibson V8, at 600 bhp, around 100 bhp up on the current LMP2 powerplants.

Introducing hybrid power here is still a definite no, even off the shelf solutions were described to DSC by a senior industry source as inaccessibly expensive at present on privateer budgets.

One move tough that seems to have been made fairly recently is to accept the potential for factory engines in the class, a move that may well have been reinforced by the offer, DSC believes, of introducing the Cosworth designed Nissan twin turbo V6 that featured in the now cancelled GT-R LM, not just as an optional engine choice but as a ‘Spec’ engine for Privateer LMP1. That prospect has now disappeared though the Nissan V6 remains an interesting potential option. 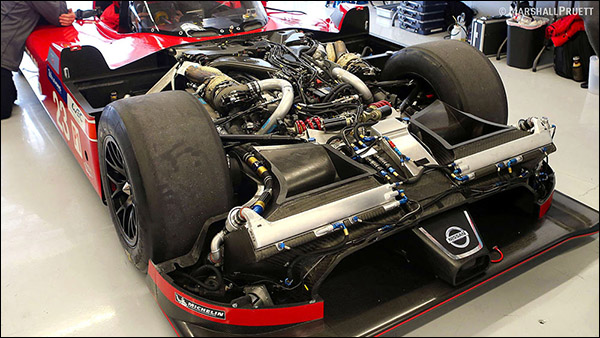 Reducing minimum weight remains under consideration too with several parties also mentioning the potential introduction into the debate of bringing moveable aero into the mix to reduce drag, and increase speed, not the zonal ‘overtaking assist’ DRS that features in F1, but driver selectable at any point on the circuit.

There are limiting factors though in the cocktail of available solutions, the Privateer cars look unlikely in the extreme to be allowed a package that allows them to go further on a tank of fuel than their factory competitors, that’s simply not a message that gels well with the message of efficiency that correctly underpins the factory LMP1s.

Then there’s the thorny issue of how to keep the existing teams in the game if and when another evolution of Privateer LMP1 arrives, with revised LMP1 monocoques due in 2018 and near zero likelihood of a waiver against that requirement for the Privateers another very substantial investment looms.

The responses to the call for answers is a critical point. There could indeed be a week ahead to save LMP1 Privateer.