Hot on the heels of the announcement of the Garage 59 effort in the Blancpain GT series in both Endurance and Sprint Championships, the Leicestershire-based team have this morning confirmed a full season, two car effort in International GT Open.

Garage 59 will enter a two car McLaren 650S GT3 pro-am line-up to contest the full championship. All drivers in the team are new entrants to the series, but with the oversight from newly appointed team manager Tim Mullen and a wealth of track experience from the pros, the team are confident of a solid result in their campaign.

Michael Benham and Duncan Tappy join forces in one of the McLarens. 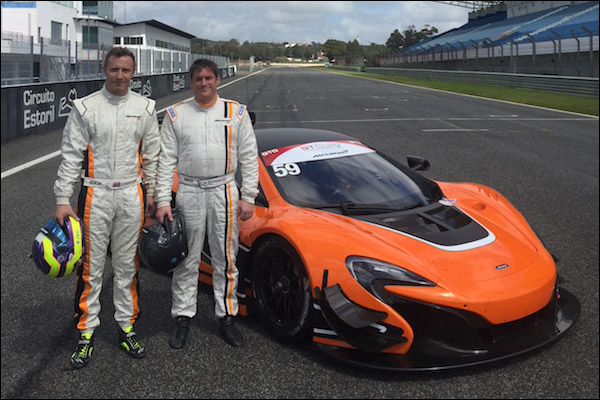 Benham is joined by Tappy following a successful debut in the UK GT Cup Championship at Donington Park in September 2015 where the duo claimed a pole position and two richly deserved podium finishes in their first weekend with the 650S GT3.

Tappy meanwhile has a wealth of experience under his belt with a glistening career in single seaters, Porsche Carrera Cup, McLaren 12C GT3 with VonRyan Racing and most recently as a factory Bentley driver.

Piloting the sister car, Alexander West joins the Garage 59 team having participated in Ferrari Challenge Asia and Maserati Trofeo with great successes in both. The switch to a 650S GT3 will hopefully bring more triumphs to West and the Garage 59 team are more than equipped to support him on his journey to victory. His team-mate will be announced in the coming weeks. Underlining the team’s intentions from the beginning, long-time GT racer Tim Mullen has been appointed as Team Manager to oversee the International GT Open programme. 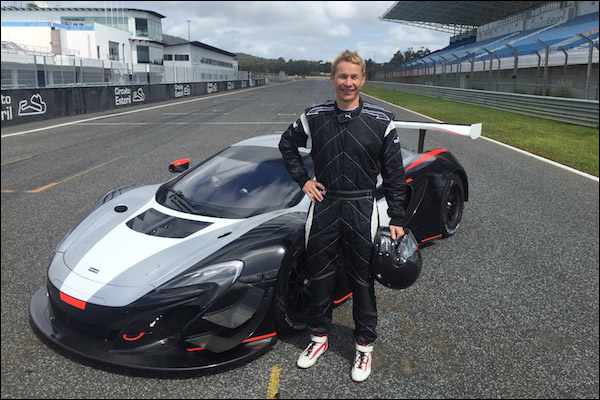 Tim Mullen: “This is the start of a very exciting new journey for Alex, Mike and myself. I am confident that the proven success of the Mclaren 650S GT3 we have seen over the last season with other teams worldwide will stand us in good stead for the year ahead.”

Michael Benham:  ”I’m really looking forward to the season ahead with Duncan and Tim by my side. The experience that they both have is an invaluable asset for me to have at my disposal and the championship will take us to some amazing places where they will assist me in getting the best out of the 650S GT3.”

Duncan Tappy:  ”It’s great to be back in a McLaren, I raced a 12C GT3 in 2013 with VonRyan Racing and the 650S GT3 is a great step on from that so we are definitely in a good position for 2016. Mike and I had a great debut weekend at Donington Park in September 2015 so we are confident for more podiums this year.”

Alex West:  ”I got to know several members of Garage 59 via McLaren’s P1 GTR programme so when I decided to add GT3 racing in Europe to my existing programme in Asia the McLaren 650S GT3 was an easy choice. I think the car demonstrated last year that it is one of the top contenders at many tracks around the world. Working alongside Tim gives me a great deal of support and I am confident of success when we roll the car out in April at the first round.”

Pre-season testing continues this week at Estoril, ahead of the championship opening round taking place there on 23/24 April.