The ACO has taken an unexpected decision to name a sixth approved LMP3 chassis constructor today with Norma added the the existing list of five. 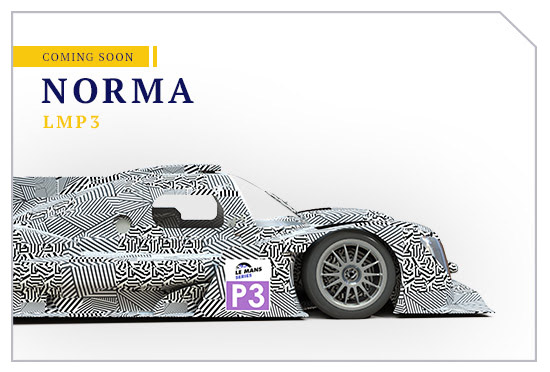 The LMP3 category was introduced in the 2015 Le Mans endurance season to give new teams and drivers access to the first step on the endurance pyramid put in place by the ACO, and also attract gentlemen drivers who wish to start prototype racing. The philosophy behind these cars is to reduce budgetary, technical, driving and running constraints to the minimum.

Early on four chassis constructors, Ginetta, Onroak Automotive, Riley Technologies and Adess AG, were homologated by the ACO. Last year because of the number of requests received the ACO also homologated Japanese constructor Dome for a car set to debut in 2017.

As the LM P3 category proved an immediate success and the growth potential of the market exploded, the club decided to re-open the selection process to companies that had previously sent in an entry for the selection of the fifth constructor. Thus, French car builder, Norma, has been chosen as the sixth and last constructor for the LM P3 category.

Norma, based in the south west of France, was founded in 1986 by Norbert Santos. The first Norma prototypes were designed with hill climbs and circuit racing in mind, and they very soon scored their first victories in France and in Europe. In the 1990s the French constructor’s reach began to spread, in particular in the United States, where Norma has a branch in Florida (Norma North America). In 2003, the company launched the Norma M20, which is updated on an on-going basis.

Norbert Santos: “We are extremely delighted about the decision taken by the ACO. Since its launch we were convinced that Norma really has a place in this new category which has already been met with huge success. When the ACO took the decision to limit the number of manufacturers last year, we had already actively launched our first studies. Since then, we have not stopped and today the time and patience taken has been proven right. The design of the next Norma LMP3 is already very advanced. It benefits from a number of technological solutions that, I am convinced, will enable us to get the performance that we set for ourselves. And for Norma, it’s only the victories that count.”

The design of the Norma LMP3 car is already at an advanced stage, the first chassis will be officially presented as of this summer with the aim of seeing one of several Norma LMP3 cars racing before the end of the year.

All LMP3s run with a homologated spec powertrain, produced by Oreca who also handle ithe customer service linked to the engine, a normally-aspirated 420 bhp V8 developed by Nissan/Nismo. X-trac supplies the gearboxes and Magneti Marelli the electronics.