All five C7.Rs will be present at Le Mans

Last week DSC reported that a fourth Corvette C7.R will race at the Le Mans 24 Hours this year, with Team AAI entering a C7.R instead of a C6.R – as per the original entry list. However, DSC now understands that all five Chevrolet Corvette C7.R GTEs are set to be at La Sarthe for race week.

That’s because Pratt and Miller will be travelling with a spare chassis, after a bruising 2015 that saw one of its two ‘Vette’s eliminated from the race after a huge qualifying shunt for Jan Magnussen. 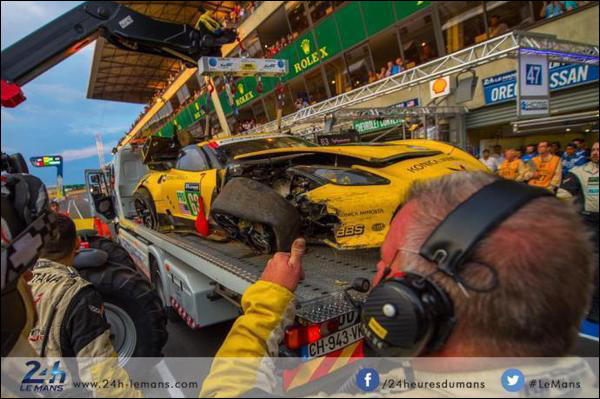 There are believed to be only five C7.Rs in existence: two factory cars, Larbre’s WEC GTE Am car, an ex-factory car which will be run by Team AAI and one spare.

Callaway to debut the C7 GT3-Rs this weekend

This weekend marks the debut of Callaway Competition’s trio of the new Corvette C7 GT3-Rs. The cars tested successfully at Oschersleben last week and looks to be fully ready for the start of the season. 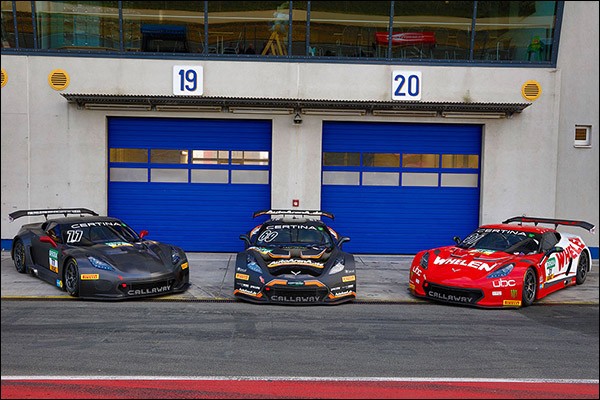 The AutoArenA race car is driven by Patrick Assenheimer and Dominik Schwager. The Roller/Valvoline Corvette meanwhile has the 2013 Champion, Daniel Keilwitz, driving beside Frenchman Jules Gounon. And two Americans, Boris Said and Eric Curran, are making their debuts in the Whelen Corvette.

“In general, I am pleased with the preparations for this season”, says Giovanni Ciccone, team principal Callaway Competition. “The first milestone will be the first qualifying, then we will have a better idea where we stand. Some teams haven´t shown their full potential just yet.

“But one thing is for sure: this season will not be an easy task. The starting grid is terrific; all great manufacturers are represented with their new racing cars. There are more than 30 entries and eight brands at the start, the competition will be extremely close and there is no room for mistakes. But I am positive and confident.”