The huge inaugural LMP3 field is of course the major headline of ELMS this weekend and United Autosports’ co-owner Zak Brown confirmed that the business case for team owners and gentlemen drivers simply makes sense with this class. “They’re better value than GTs,” he affirmed. “You get great tracks, a great-looking car, the Le Mans support race and a clear path to the 24 Hours itself. There’s definitely big appeal for gentleman drivers to get into something that looks very like a P1 car.”

Close competition in the admittedly smaller but very high-quality LMP2 field is the other big talking point, but one of the expected major contenders, the Jota-run G-Drive Gibson, had a tough Friday, with limited running in the wet morning session and almost no running at all in the afternoon. 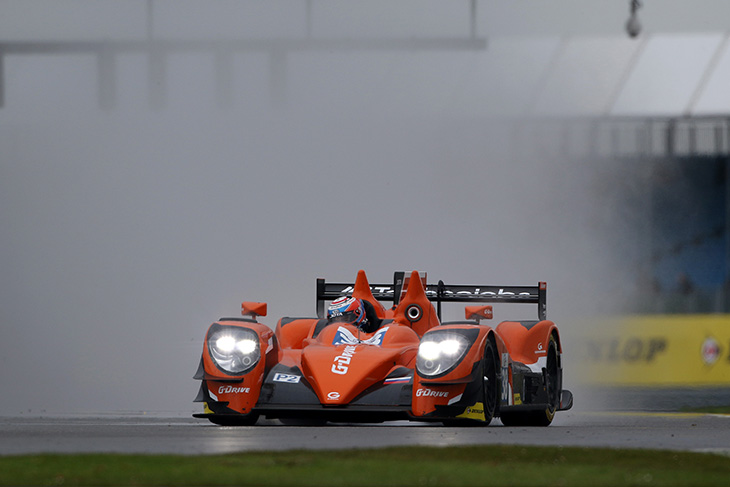 New recruit Giedo van der Garde explained. “I went out of the pits and on my first lap I lost fifth and sixth gear,” he said. “So I came in and the team had to investigate it, it’s obviously a gearbox problem but we’re not sure what yet.” The Dutch ex-F1 racer was positive about his move to sportscars though. “It’s good fun, exciting and it looks like there’ll be lots of passing,” he enthused. “We’re going to let Harry [Tincknell] qualify here as it’s his home track and he knows it well, but the plan is for us to do three qualifying sessions each over the season.”

Murphy Prototypes had a better afternoon session after brake problems put paid to its morning running. It’s also running a new recruit this weekend in the shape of young Irish driver Sean Doyle, a Nissan brand ambassador in his homeland with a solid club racing and Formula Ford background. “I did an hour on the simulator during the week, so I feel up to speed with Silverstone, I’m not too nervous,” he reported. Nevertheless a lack of testing in the car for the drivers and the limited free-practice running could count against the effort this weekend.

In GTE, Proton Competition’s Mike Hedlund was getting plenty of track time in both wet and dry on his first visit to Silverstone. His co-driver Marco Seefried is another concerned at the three-set allocation of full wet tyres for the event. “We ran them this morning only when it was very wet, so there was very little wear, we effectively still have three sets left,” he said “It’s not ideal but Mike needed the experience.”

Seefried was also one of several drivers to voice concern at the relative pace of LMP3 vs GTE. “It’s too close,” he stated. “The lap time is similar but the P3s are faster in the corners so it’s very tought to pass them. They really need to speed up or slow down one of the classes because it could lead to problems.” 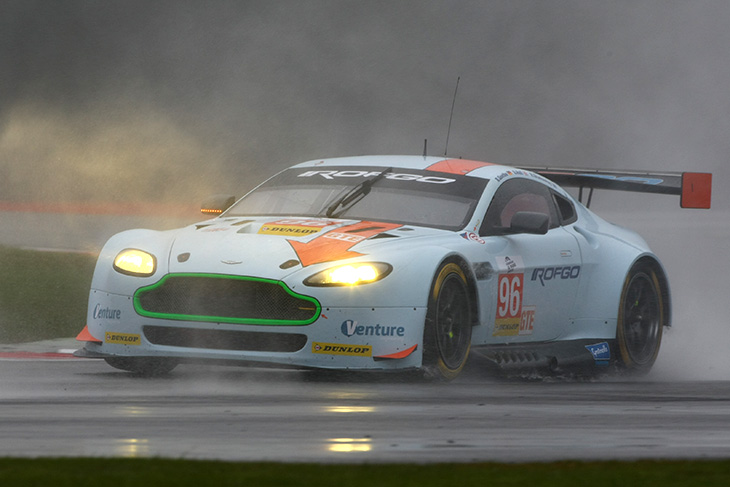 Roald Goethe’s #96 Rofgo Aston Martin was a late one-off addition to the entry list, with Aston regular Richie Stanaway and Goethe’s usual co-driver Stuart Hall completing the driver line-up. “We hadn’t tested before, so we needed to use a set of wets in morning practice,” Hall told us when we caught up with him in the afternoon. “For the moment this is a one-off, but if we do a good job for ‘the boss’ there could be more! We’ve come here, we’ll see where we are and take it from there.”