Thiriet by TDS Racing’s perfect ELMS weekend continued in qualifying on Saturday, as on-loan Rebellion LMP1 driver Mathias Beche put the squad’s Oreca-Nissan on pole position for the Saturday afternoon’s ELMS 4 Hours of Silverstone race. The French team had already topped both of Friday’s free practice sessions so takes plenty of momentum into the race itself.

After some jostling for position before the pitlane opened, Beche had managed to get out at the head of the queue of cars, in front of the G-Drive Gibson and Greaves Ligier. But an off for the #48 Murphy Protoypes Oreca with Damien Faulkner at the wheel brought out a red flag before long.

The track went back to green with just four minutes still on the clock. The first set of flyers from the field after this saw Beche ahead of Stefano Coletti in the #32 SMP BR01, Nicolas Lapierre in the #21 DragonSpeed Oreca, Harry Tincknell in the #38 G-Drive Gibson and Leo Roussel in the #29 Pegasus Morgan.

The latter improved to third with around a minute to run, sitting 1.1 seconds off Beche’s 2:06.471 benchmark. Beche himself couldn’t improve on his final flier, but in the end a yellow flag in the final round due to the spinning #25 Algarve Pro car (driven by Parth Ghorparde) meant he had done enough first time around and would start from pole.

The 19-strong LMP3 field made for a much busier track in the second of the three portions of ELMS qualifying. As expected, the cream rose to the top, with former GT3 champion Dino Lunardi featuring towards the upper end of the timing screens throughout. His early time of 2:13.315 looked comfortable for pole as the clock wound down. 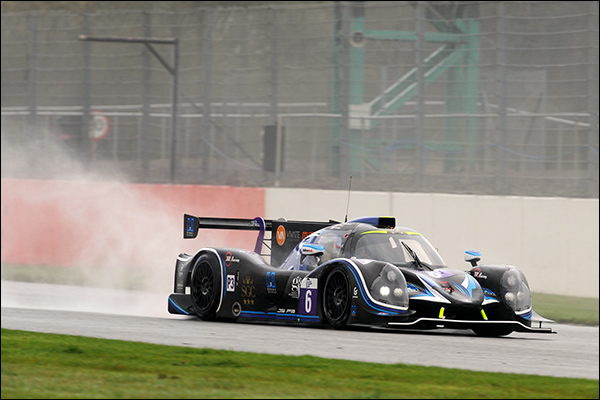 With seconds to spare, Alex Brundle and Matt Bell put the #2 and #3 United Autosports machines into second and third respectively (although still over a second adrift of Lunardi’s benchmark). Finally, Ross Kaiser in the #6 360 Racing machine put in a lap just 0.051 seconds quicker than Lunardi’s effort to grab pole. Enzo Guibbert was another late charger in the #9 Graff Racing Ligier, going third and demoting the United cars to fourth and fifth at the flag.

Just three LMP3 cars failed to outqualify the GTE field, but the class will start as a group on the grid on Saturday afternoon.

The #96 Rofgo Aston Martin will start from GTE pole position after an imperious performance from Kiwi Richie Stanaway in a wet mid-morning qualifying session. 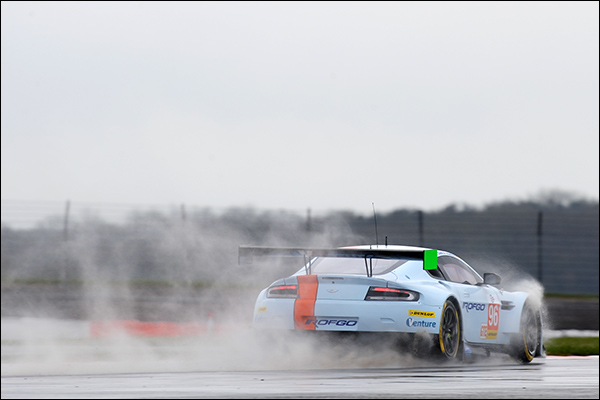 With just 10 minutes of running, the action was fast and furious from the off. As first man out of the pits, Stanaway set the first flyer of 2:20.9, with JMW Ferrari’s Andrea Bertolini, Proton Porsche’s Wolf Henzler and AT Racing Ferrari’s Alessandro Pier Guidi all stopping the clock in the 2:22s first time around.

“I didn’t know what to expect,” Stanaway said afterwards. “I thought it would be good to go out first, so I waited at the end of the pitlane for a while for a clear track and no spray. I was hoping I wouldn’t catch anyone coming out of the pits, so I just went for it. You never know what a good time is in these conditions, so I just put my head down and dug deep.

Stanaway improved on pretty much every lap, lowering the bar first to 2:20.1 and then 2:19.3 with just a few minutes to go. No-one else would break into the 2:19s, but there were late charges from Richard Lietz in the other Proton Porsche and Bertolini to line up second and third in the class.

“I had to guesstimate my braking points all the way around, it was a fine line,” Stanaway continued. “On my last flying lap, I tried staying on the throttle longer at the end of the Wellington straight. I could maybe could have gone quicker, but I locked the left front and went in too deep.”