Hour 3 begun with the #2 Porsche, #26 G-Drive Oreca, #71 AF Corse Ferrari and #88 Abu Dhabi Porsche lead their respective classes. The full-course yellow following Brendon Hartley’s incident was still out. And the caution period would last until the halfway mark of the hour.

At the restart the #26 G-Drive with Rene Rast driving stopped at the entrance of Maggots with a fuel-pressure pump failure. Strakka Racing inherited P1 in the class, with Bruno Senna in the Morand Ligier trailing him by eight seconds. 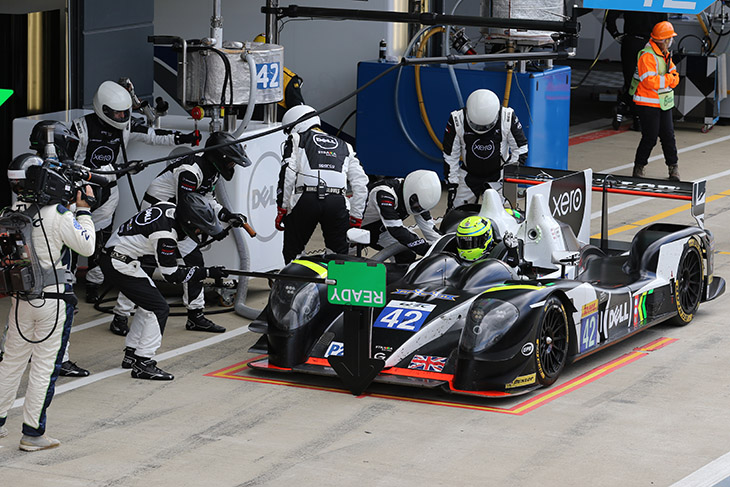 Rast did get going again, but he had fallen down to third in class. He would stay there for 15 minutes before darting back past Senna again at Stowe.

The overall lead of the race also changed, as the race was beginning to swing back to Audi. 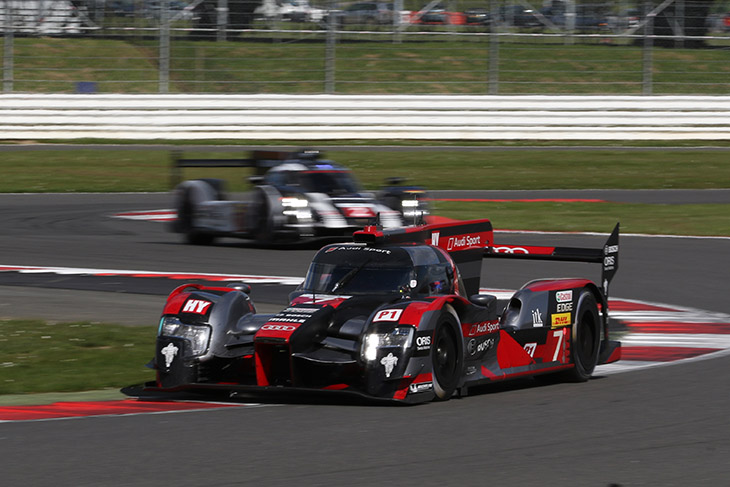 Benoit Treluyer slipped through to give the #7 the lead of the race for the first time since Hour 1 at the exit of Copse, leaving Marc Lieb in second, and soon after, a few seconds back. The Porsche appeared to lose momentum lapping one of the Rebellions.

Lieb wouldn’t continue to fall much further behind though, as the German began to push and try and chase down the Audi once more.

Down in third spot, the #5 Toyota was 43 seconds off the leaders, but on course for a slow and steady run to the flag.

With the hour coming to a close, Rast drafted past Danny Watts to take the LMP2 lead down the Hanger Straight. The G-Drive team leading the class once again.

As that happened, the battle for the overall lead kicked off again, with Treluyer having to defend from Lieb through traffic. The pair ran nose to tail as the race entered its second half.

Down in GTE Am, AF Corse’s #83 Ferrari had moved into the lead ahead of the #78 and #88 Proton Porsches respectively.