McLaren GT’s Driver Academy is in just its second year, but it already has high aspirations for the select few hand-picked drivers that are part of the 2016 programme. As the roster of young talent grows within the Woking-based manufacturer’s ‘pool’, DSC wanted to find out just what the benefits are to being a part of McLaren GT’s development system, and what the drivers themselves think of the opportunity that managing director Andrew Kirkaldy has given them?

To do that, DSC sat down with Andrew Watson, who has been a part of the process since its inception last year, and with newcomer Struan Moore, before the pair compete together for the first time at Monza this weekend in the all-Driver-Academy #59 Garage 59 650S GT3 entered in the Blancpain Endurance Cup: 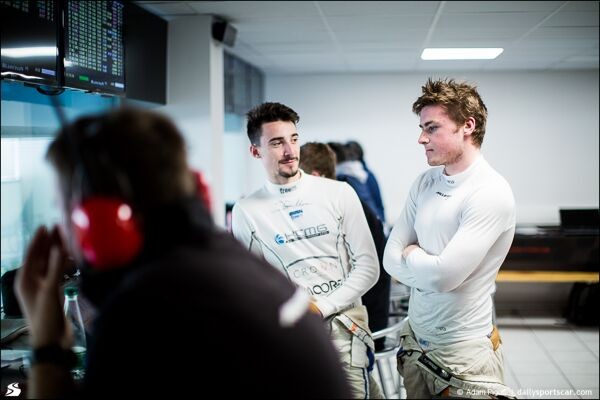 “I nearly spat my cornflakes out!” Said Watson, recalling the day McLaren contacted him for the first time. “Andrew (Kirkaldy) rang me and asked me to go and meet him for a chat, so we did that and he mentioned that he was going to set up a young driver academy.”

What’s unusual about 21-year-old Andrew Watson’s path to McLaren, is that he isn’t from a family that were particularly engaged with motorsport. Aside from a bit of rallying, his relatives had no connection with racing while he was growing up in Northern Ireland. When citing his reason for getting behind the wheel, it’s a simple tale: “I just went along to a race in Ireland and thought: ‘that looks pretty fun.'”

With no karting experience, Watson moved his way through Irish Ginetta Juniors, UK Ginetta Juniors and eventually the G55 Supercup before deciding that that was the highest point the British marque’s self-built ladder could take him.

“Andrew (Kirkaldy) put together the programme last year, and Ross Wylie and myself went through such a learning curve competing with Von Ryan in British GT.

“Last year was really tough,” he admits when discussing his season with Wylie which saw the duo finish the season 15th in the Driver’s Championship standings. “With two silver drivers you get killed with 80 kilos of ballast so it was a long year with not a lot of results. But it made us push 110% of the time.” 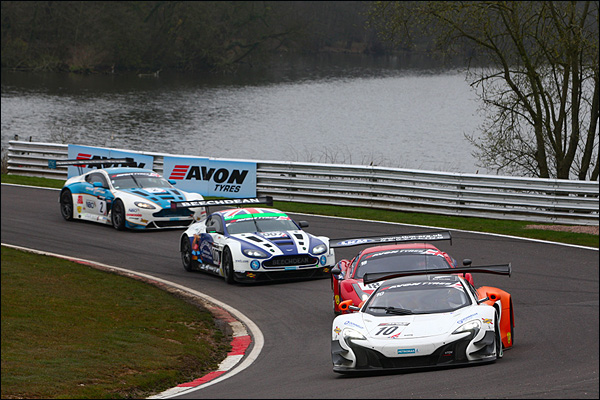 Then with the new year, in came 20-year-old Struan Moore and 23-year-old Alex Fontana to the Driver Academy, joining Watson as Wylie moved on to sign with Motorbase for 2016.

Moore took the classic steps of karting and single seaters before being spotted by McLaren while racing in Japanese Formula 3. He tested with McLaren at the tail end of last year at Barcelona and was handed the chance to be a part of McLaren’s new endeavour soon after.

“It was a quick process,” Moore told DSC. “We did a Barcelona test with two other drivers, and I spoke to them a week later and they asked me if I wanted to be a part of it.

“It hasn’t sunk in yet, this is the first stage and I must admit it feels really special.” 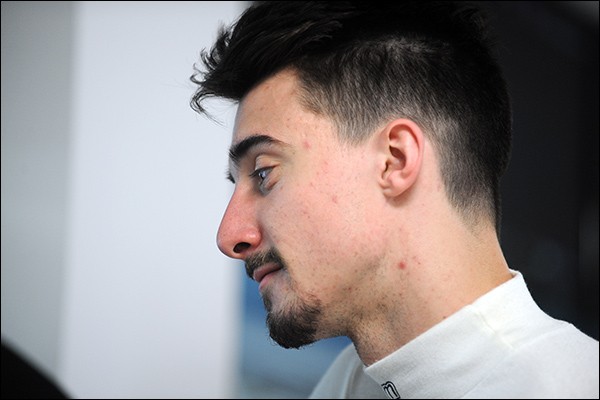 The similarity between Moore, Watson and their other Blancpain Driver Academy Teammate for the season Alex Fontana is that they’re equally eager to learn. That’s why they fit in so well with the guys at Woking.

By working hard and maturing as a driver, McLaren GT believes that you deserve to be trusted in bigger roles. That’s why Watson was given the responsibility of representing McLaren at the 2016 Bathurst 12 Hour – a race which saw McLaren put a lot of resources into and eventually come away victorious atop the mountain.

“I knew McLaren were putting a big effort into that,” said Watson, when discussing his chance to race at Bathurst. “So to get a call to go and do that and for Andrew Kirkaldy to put the faith in me to go and drive a car over there is brilliant. It was such a confidence boost.

“I’d only been driving McLarens for a year so that was an exceptional experience. The race didn’t go to plan, but to just get some laps in at Mount Panorama, and be part of such a big meeting for McLaren was unforgettable.” 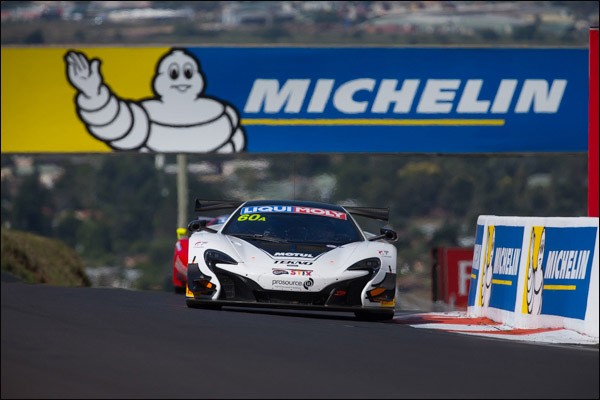 By getting to know more about both Moore and Watson, it became clear that being in the academy is about far more than just having the ability to produce raw results on the track. It’s as much about personality and ethic; unlocking the real benefits of the academy requires work behind the scenes, alongside McLaren GT’s key staff staff members.

“It’s getting the chance to have a guy like Rob Bell to come and teach you how to drive a GT3 car,” Watson explained. “We have opportunities in the factory, it’s an open door policy for us. If we want to spend every day in the factory there we could. We can sit with whoever we want and ask questions, sit back and just learn.

“Being involved with a factory as opposed to being as customer means that we feel a part of the development of the cars. We’re seeing what the guys are doing and if there’s shakedowns of new cars, we’ll get a call.

“The way we work is pretty loose, we don’t have a set criteria of what we need to do and what McLaren will provide, but I like that. It’s a laid back atmosphere,” he continued. “We don’t get pressured to meet specific targets that if we don’t hit mean missing out on a factory contract or anything.

“It’s like being at university, it’s left up to us what we do with it, we’re given the tools so if we want to work hard and progress we can. McLaren is quite small in comparison to other manufacturers, so you feel close to everyone.”

Even in such a short amount of time, Moore has already felt the same benefits.

“The biggest part is the personnel of the team you can take advantage of,” added Moore. “Just being a part of McLaren is really cool, you learn so much from everybody around you rather than just one or two people in an F3 team. I get access to all the information, the whole experience.

“We have plans throughout the year to get some training and work done together as a trio in the academy. We already do days together at the factory, which are great.”

In terms of building a future for the drivers though, Watson explains that it’s the little things McLaren GT has to offer and the key bits of advice which have become increasingly important for him going forward.

“Andrew (Kirkaldy) was a driver himself, and he knows it’s not easy, there’s so much more than just driving. The pressure isn’t too much, but if you’re not performing, they’ll sit you down and tell you that. It’s good criticism, it’s a good environment. It gives me stability. If I go out there and do well everyone back at the factory notices. It’s great being able to perform in front of a manufacturer. I don’t have to worry about talking to other teams about getting drives, I don’t even need to find a manager or a coach.

“Everything is nicely packaged so I can focus on the driving.”

It’s going to be interesting going forward seeing how the young and fresh trio of Fontana, Moore and Watson perform in Blancpain Endurance Cup. They’ve got a very worthy stage to prove themselves, and will have to work especially hard to score good results against the other 56 cars on the grid.

Heading into the first round though, Moore in particular seemed confident that they will be able to get up to speed in their new environment quickly.

“We’ve got a really good relationship,” he told DSC. “We’ve been getting to know each other since February and we work well together. We are friends off the track, which is great. We all want to help each other in this process, which during the season will pay dividends.”

Watson also points out that they are relishing the challenge, and more excited about showcasing their abilities, rather than just feeling pressured to do well.

“The test at Ricard was the first time that Alex, Straun and I had driven together, so for us this season is going to be about learning each other,” Watson said. “We’re the youngest combination on the grid. I think we can show a lot of people what we’re capable of, here we don’t have a pro in the car to carry us. We’re on our own and I think that’ll help us. It’s sink or swim. 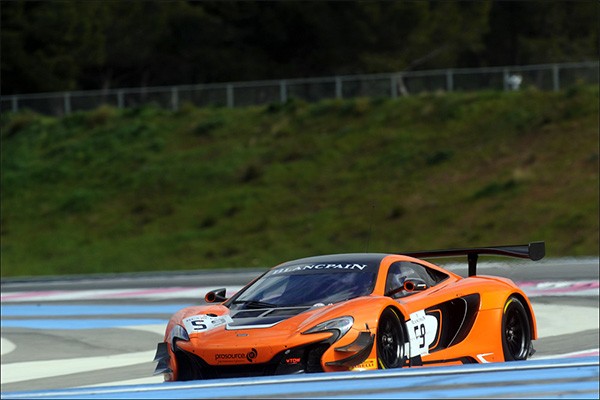 “Personally I suppose I’ve got the most to show for this year. I have to prove that the extra year with McLaren was worth it, so I really want to be quickest in the car.

“The theory is that if you keep doing well here, they’ll keep bringing you back.”

And that’s the aim. Going forward McLaren GT’s young guns have the chance to carve a career out for themselves, using this new platform of talent development to help them reach their full potential. There’s a lot of uncertainties going into the season for all three drivers in question, but both Watson and Moore are certain in the face of such a potentially tough season, that being part of the McLaren GT Driver Academy is where they want to be.

“I wanted to be a part of the academy because I want a long-term future in this industry,” concluded Moore. “I want a future role within the team.”

“Yeah, and there’s so many potential opportunities going forward,” said Watson in agreement.

“We’re all definitely in the right place.”