The #8 Audi Sport R18 Hybrid claimed Audi’s first victory of the 2016 FIA WEC season, this evening at Spa, after a race which saw all three P1 manufacturers lead the race and suffer multiple issues with their cars. It marks the first WEC win for both Lucas Di Grassi and Oliver Jarvis, who along with Loic Duval, took the lead from the #5 Toyota which led for three hours of the race before an engine problem forced it to return to the circuit at the very end and limp to the flag under hybrid power just to score points. It was an absolutely astonishing motor race, in every class.

“What a strange race,” said Jarvis after the race. “We didn’t have the pace to win it, it was just luck and other people’s misfortune. I’m so happy for the team.”

Second place was taken by the #2 Porsche 919 of Marc Lieb, Romain Dumas and Neel Jani, which ran over five of the six hours without a functioning hybrid system and drove back from sixth in the class; an astonishing third overall was taken by the #13 Rebellion Racing car of Matheo Tuscher, Dominik Kraihamer and Alexandre Imperatori. The R-Ones picked up the pieces from the tales of woe in P1 hybrid, scoring the Swiss-entered squad’s and the #13’s second podium in a row and got both of its cars to the finish reliability. The #12 came home an impressive fourth.

The #13 is now second in the Driver’s Championship, the #12 is fourth. 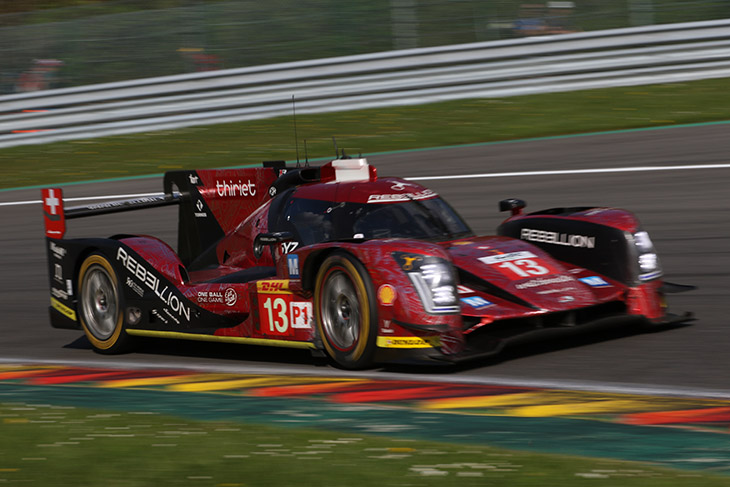 Rounding out the top five was the #7 Audi, which charged through the field after overheating issues, a floor issue and bodywork replacements following a collision caused the car to slip down the order. It was a tough day for Marcel Fassler, Andre Lotterer and Benoit Treluyer.

The story of the other P1 Hybrid runners, was a remarkable series of events that ended with the #5 Toyota completing the final lap on just hybrid power to finish classified (the first all-hybrid lap in the WEC securing them 12 points and second in the Manufacturer’s Championship). The sister #6 retired after it suffered electronics issues forced the car into retirement after four hours.

For Porsche’s #1 it wasn’t much better. After Brendon Hartley led the first part of the race, he suffered multiple punctures before the car had to have a gearbox change, costing it an hour and forty minutes in the garage before rejoining. It only just completed enough laps to score points.

In LMP2 Nicolas Lapierre, Gustavo Menezes and Stephane Richelmi controlled the majority of the race, while the other frontrunners squabbled over the remaining podium spots. But a late fuel stop for the Alpine caused a shootout with the #31 ESM Ligier of Pipo Derani, which saw Lapierre have to fight his way back for the win.

In the end it boiled down to the Frenchman going round the outside of the ESM car and the #67 Ford, at Fagnes to hand his team the victory with five minutes remaining. The final spot on the podium in the class was taken by the #45 Manor Oreca after Roberto Merhi got past the RGR Morand Ligier at the very end; the team had recovered from an early spin by Ricardo Gonzalez. The #45 had to serve a late penalty, and then also fight back.

At the start the #26 G-Drive Racing Oreca took an early lead, but a puncture while Nathanael Berthon was driving cost it dearly and put it out of contention early. It then became a race between Manor, ESM, Alpine and Morand to the end.

It was heartbreak late in GTE Pro also. With the #71 AF Corse Ferrari of Davide Rigon and Sam Bird stealing the win in the final 10 minutes after the sister #51 488, that led almost the entire race until it was pushed into the garage, retired; James Calado (searching for his first WEC win) sat in the garage holding his head in his hands. 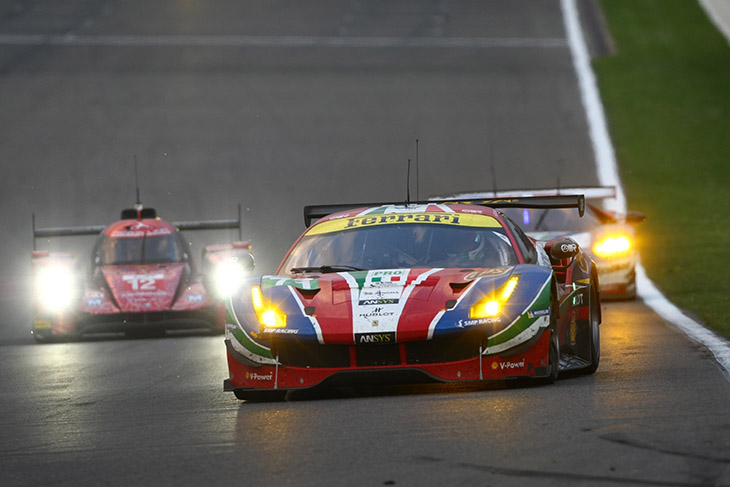 The two remaining spots on the podium were filled by the #67 Ford GT, the team’s first podium and the delayed #97 Aston Martin that got caught out in an full-course yellow interrupted pit cycle.

On the subject of full-course yellows, the biggest incidents of the race were in the Pro class. The #95 Aston Martin rolled with Nicki Thiim at the wheel, after colliding with Simon Dolan in the #38 G-Drive Gibson and hitting the tyre wall on the outside of Courbe Paul Frère. The Dane thankfully walked away.

Then later on in the race, another scary incident occurred at Raidillon, when the rear-end of the #66 Ford GT stepped out and the engine cover blew off out on Stefan Mucke, sending him into the tyres. The car was destroyed, but aside bruises Mucke was reported as ‘ok’ after medical checks. The incident caused a now rare safety car period.

In Am, The #98 Aston scored victory in what was a topsy turvey race that, like LMP2, became chaotic towards the very end. A fight broke out for the lead in the final stint, that saw Pedro Lamy blast past Francois Perrodo’s #83 Ferrari 458 after the safety car for Mucke’s accident bunched up the field. 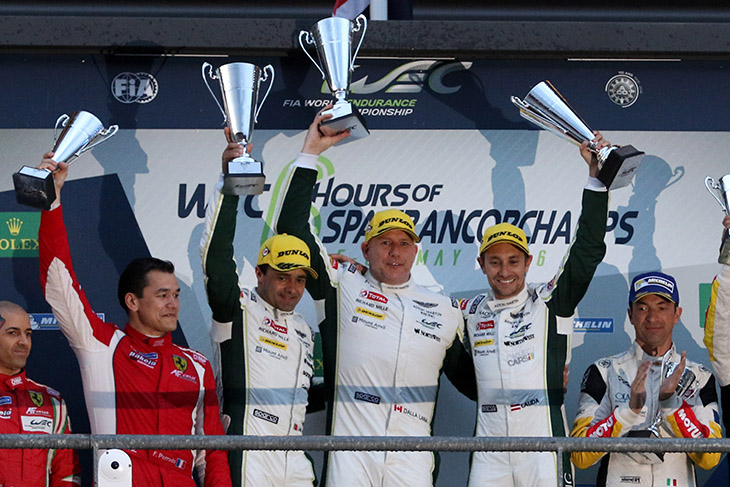 Pat Long in the Abu Dhabi Proton car then took second, but had to stop late after being hit but eh #35 BAXI DC Alpine, handing second back to the AF Corse car and third to the troubled Larbre Corvette which served multiple penalties.

The 2016 6 Hours of Spa had everything: great battles, incidents, reliability issues and extraordinary feats of endurance and intelligence all the way to the end, on a day which saw 56 thousand spectators spend the day in the sun in the Ardennes. We like to see new winners and the class podiums served up a total of four.

Next up on the WEC calendar is the 84th edition of the Le Mans 24 Hours, which has the potential to be a classic.