After three hours of racing at Spa Francorchamps, the #5 Toyota TS050 continues to lead after a series of issues for almost every other car in the LMP1 class.

To start the second hour of the race, the #5 was battling for the lead with the #1 Porsche 919 of Timo Bernhard. But it was short-lived, as the Porsche would suffer two front-left punctures, which caused it to plummet down the order in the class.

The car would also need a trip to the garage for a front axel gear change, which would result in the car slipping to the last of the classified runners, being worked on as the second half of the race began.

Up front it therefore became a lot more comfortable for the #5 crew, who with Anthony Davidson driving pulled away from the second place #8 (untroubled) Audi of Lucas Di Grassi, creating a gap of 78 seconds.

The #7 Audi meanwhile, had multiple issues like the #1. A trip to the garage for a floor issue after running over a curb, and then another for overheating caused by a rubber pick up which required the team to clean the ducts. A very tough day for the Andre Lotterer, Marcel Fassler & Benoit Treluyer machine that rejoined just before the three-hour mark in 15th place overall. 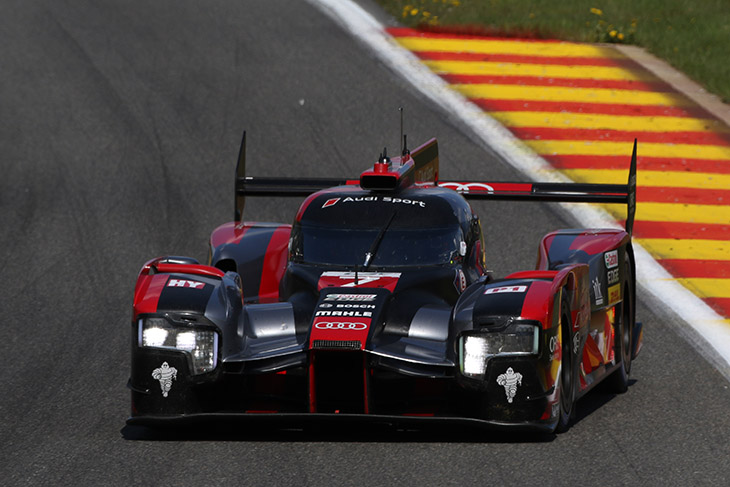 Up front, third place was held #6 Toyota still recovering from the clash at the Bus Stop in hour 1, with the limping #2 Porsche fourth.

Manor has taken over over the reigns in the LMP2 class during the melee up front in the third hour, after the #26 G-Drive Oreca had control the opening stint of the race.

The #44 of James Jakes emerged from his second stop in the lead of the class, after the team were able to get the car serviced 10 seconds quicker than the Nathanael Berthon Oreca. The #26 then had a pair of costly punctures which ended its chances of victory. With three hours to go it’s down to 10th in the class. 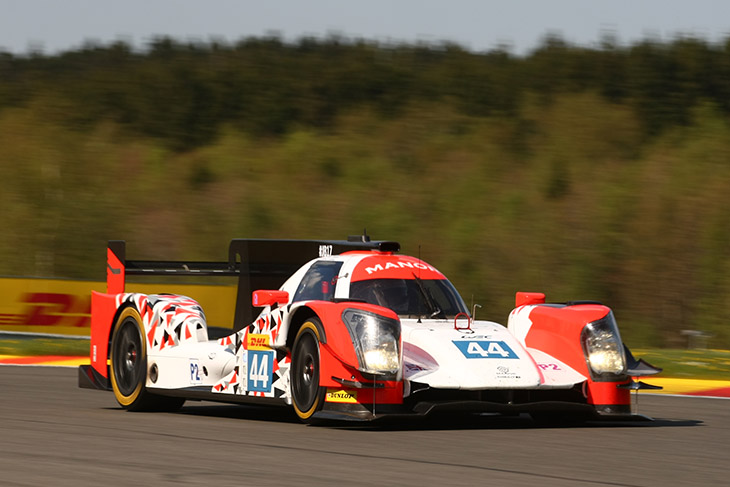 Second in P2 is the #36 Alpine after a quiet run, and third is the second of the Manor Orecas, recovering well from its spin at La Source on Lap 1.

AF Corse continue to dominate GTE Pro with the #51 leading the Italian team’s 1-2 in the class, ahead of the #66 Ford in third.