Toyota is back. The #5 TS050 Hybrid of Sebasiten Buemi leads the 2016 6 Hours of Spa, after a thrilling 60 minutes of racing in the Ardennes.

At the start of the race, the #1 Porsche 919 of Brendon Hartley pulled away, with the #2 sister car of Marc Lieb tagging along behind. But a hybrid failure for the championship-leader meant Lieb quickly fell back in the pack, slotting in behind the squabbling Audis and Toyotas in sixth.

Lucas Di Grassi in the #8 Audi R18 held second spot after that, but the #6 was on a charge, diving past Benoit Treluyer for third place at Pouhon before catching the Brazilian. The scrap for second then broke out with 40 minutes run, managing to pull the same move at Pouhon. But Di Grassi would fight back, diving up the inside running through Blanchimont, on the grass to take the place back. Buemi finally made it stick at the Bus Stop though. 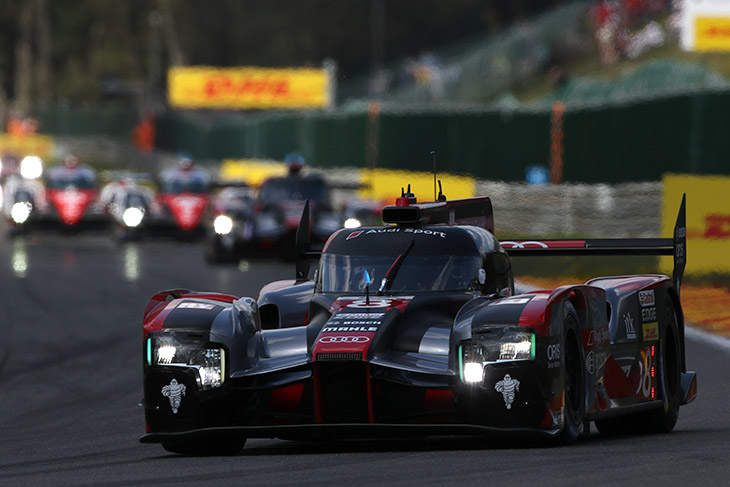 Conway (#5 Toyota) behind in fourth then made an error trying to catch Di Grassi, hitting the already delayed #37 SMP BR01 at the Bus Stop. Conway dived straight into the pits and lost a lot of time with the team having to replace the front section of the car. A drive-through penalty was handed out as a punishment.

When the rest of the P1 field came in, the critical factor was this: the #5 Toyota didn’t change tyres, and therefore emerged from pit lane with an 18 second lead, ahead of Bernhard who climbed aboard the #1 Porsche, after trailing by 11 seconds before pitting.

In LMP2, the G-Drive Oreca of Rene Rast holds an 18 second lead over the #44 Manor Oreca of Will Stevens. 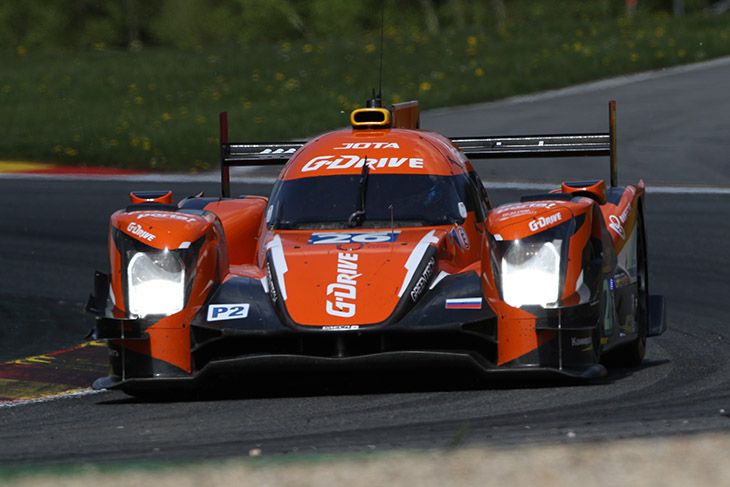 Next report at half distance.