DSC’s stable of contributors looks back at the key talking points from last weekend, which included a thrilling WEC 6 Hours of Spa, and the second round of the Blancpain Sprint Cup at Brands Hatch:

1. The driving standards at Spa 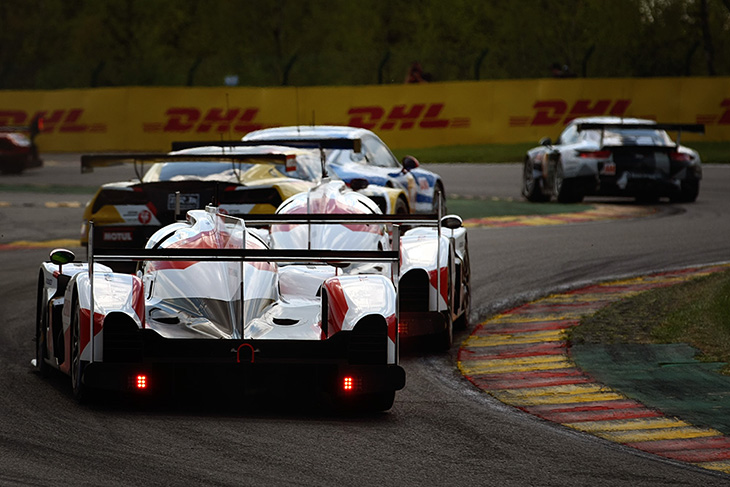 Paul Truswell: “Whenever the stewards are asked to investigate incidents on the race track, there is always a danger that we get ourselves into a no-win situation. Inevitably there is the need for judgement, for understanding of the racing situation and then ensuring that the punishment, if there is one, is appropriate and fair. In my experience, most contact during a long-distance race is accidental: however, errors of judgement are perhaps more common than they ought to be.

“The problem is working out what to do about it. Anyone who has ever been involved in racing at any level will know that bad stuff happens and that things are not always fair. If the leader in one class is taken out of the race by the (possibly avoidable) actions of a car in another class, how should retribution be dealt out?

“The argument is often presented that an overtaking move could have been delayed, and made more safe by waiting for two corners… but then if a driver has already done that three times, and lost half-a-second on each occasion, he may not be inclined to do it again. Should the stewards take “good behaviour so far” into account when deciding whether to penalise a driver?

“And how much space should a professional driver give a slower car when overtaking it? Brendon Hartley admitted his part in the collision that removed both his and Mike Wainwright cars from the Silverstone accident, but would he take the same line again if identical circumstances presented themselves? I am not sure.

“The winning car made nearly 450 overtaking manoeuvres during the six hours, each of them judged to perfection; they also had to stay within the track limits and not bounce over the kerbs: hats off to Lucas di Grassi, Loïc Duval and Oliver Jarvis!”

Graham Goodwin: “Paul’s points are, as always, well made. There did though seem to be something else in play over the weekend than in a regular WEC 6 hour race (if such a thing exists?)

“There was simply too much contact for comfort, and it was, in the main, the Pro drivers that were slipping up, whether it was LMP1 Hybrids contacting LMP2s (that happened at least three times) or LMP2s hitting each other or tangling with GTs, the production based cars too were finding new and exciting ways of getting a little too close to each other!

“In part this is the inevitable result of the injection of new pros into the mix, but it doesn’t explain all of it. It’s certainly the effect of a WEC race not being a six hour race but rather four x six hour races taking place simultaneously!

“Time and again we repeat the rule that it is the overtaking driver’s responsibility to do so safely, and that the slower drivers should keep to their racing line wherever possible, but time and time again it goes wrong.

“First things first, there was NO deliberate contact that this writer saw at Spa. Second things second, that means that a fair proportion of the grid were making individual errors, some repeatedly so.

“There’s only one thing really to add. Look at the results, of the four winning cars only one of them had, to my knowledge, significant contact during the race (The #36 Signatech Alpine on Roberto Mehri’s #45 Manor Oreca out of La Source on Lap 1). The moral there then is, stay out of trouble and stay in contention!” 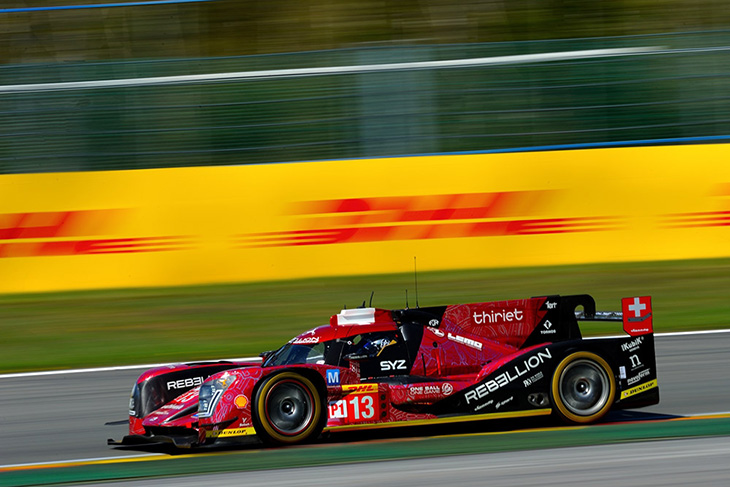 Paul Truswell: “The fact that all but the winning #8 Audi experienced mechanical problems in the race was a surprise. Although it seemed that there was frailty at Silverstone, in fact most of the causes of the issues there were well-understood at the time, the mechanical aspects of the cars were fundamentally sound.

“Spa clearly has given Toyota some headaches. From what is currently known, the two engine failures had different causes: in some ways it would have been easier for them if the same problem had side-lined both cars, at least then only one fix would have been needed. But the omission of Nakajima to complete the mandatory 40 minutes driving (he was a little under ten minutes short) was a serious oversight, one which Porsche avoided by changing drivers at every pit stop.

“The other thing we learned from Porsche was the benefit of not giving up. Even though the no. 2 car was running four seconds or so off the pace of the leading car, it still spent almost two minutes less time in the pit lane during the race than any other LMP1 car. And the time lost by the no. 1 car having the front gearbox replaced (1h 40m) may have scuppered it chances in this six-hour race, but in the 24 hours of Le Mans, a similar delay would not necessarily prevent it from reaching the podium!” 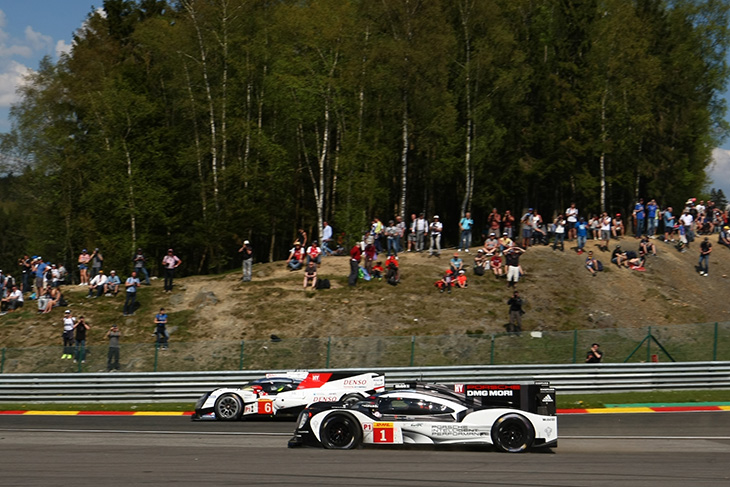 Graham Goodwin: More than anything what we saw at Spa was real evidence of how far the envelope is being pushed in LMP1. There is now little or no wriggle room, no comfort blanket whatsoever for the LMP1 factory teams as they strive to squeeze the absolute maximum out of their interpretations of a fiercely complex set of regulations.

“Porsche took a HUGE step forward last season and in trying to match their stride Audi and Toyota have found that the required blend of pace, consistency and reliability is a tricky cocktail to mix. Porsche meanwhile have tried to further develop the 919 package and have apparently found that the job they did in 2015 was on the right side of the reliability equation.

“What it is serving up though is still a very entertaining mix. Pace balanced against preservation. Old fashioned endurance racing with Endurance now firmly the watchword.

“In contrast Rebellion took a step back from 2015, reverted to an earlier development spec of AER engine, looked within themselves and found some other changes and then discovered that, to their utter delight, ultimate pace mattered less at Silverstone and Spa than iron clad reliability.

“Anyone smart enough to have popped a fiver on them for a podium or better at Le Mans might be smiling just a little right now!” 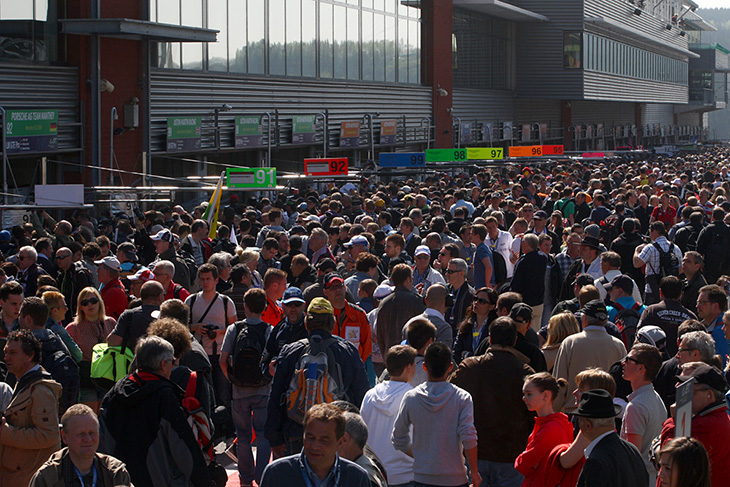 John Hindhaugh: “I think it’d be unfair to single out Toyota, all of the top teams have started to reduce access to the outsiders. It’s harder now for the cameras, reporters, and public to see what goes on behind the scenes.

“One of the great things about endurance racing has always been its inclusivity and openess, and over the last few years, various team have put walls up behind the pits to make it impossible for journalists to do their job.  They’re hiding stuff, and it’s not as if this is a formula where the regulations are so tight that they have similar solutions to the same problems. Audi, Porsche and Audi have very different solutions to engines, aerodynamics and hybrid systems. I’m not sure what they think they achieve by having barriers up or people blocking the garages.

“It didn’t go down well with the spectators back in the early 2000s and it gradually disappeared. A Radio Le Mans listeners suggested that having people in standing in front of the garage to block views should mean the same as putting shutters down, it should be a retirement. I would ask the teams on behalf of us as journalists and legions of fans, that they shouldn’t get to the stage where they barrier everything off.

“That’s part of the joy of endurance racing, don’t take that away.”

Graham Goodwin: “I completely agree with John (and that doesn’t happen all that often!)

On the technology front we all get it, there are things a team doesn’t want us all to see. That can be dealt with sensibly, or it can get over the top. Peugeot’s outlook in their early outings left the media effectively putting a price on the head of a shot of the 908’s engine bay, a process that ceased when one of the early cars lost its engine cover soon after leaving the pits at Le Mans in practice and completed a full lap with the mighty HDi in full view of the cameras lining the circuit!

“More than that though it’s about building on what the WEC does well, and others do badly, or at least often rather less well.

“Access is everything to a passionate fan, open paddocks, pit walks etc define what makes the current FIA WEC a special part of the sport and frankly this sort of thing simply rankles. Whether it is screens in front of the pit garages, or the wall of mechanics that left a slightly bitter taste during the race.

“My view is that the sporting regulations need to draw a clear line in the sand, and it needs to be a little more on the side of full access than it currently sits! By all means cover over the sensitive bits, LMP1 bikini perhaps! but take a look at the fan photos and the TV pictures Audi, Porsche and Toyota and tell me, does that give the message that your brand really wants?” 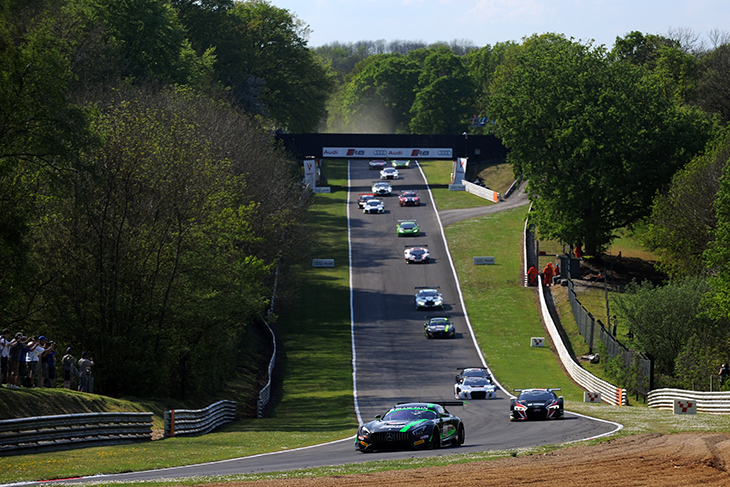 “After several years of thin grids, Stephane Ratel’s persistence with the sprint format has paid off, with a healthy entry for this year’s championship that should give more meaning to the overall Blancpain GT driver’s crown, currently being headed by McLaren’s Rob Bell.

“Discontent remains over driver rankings for the Endurance Cup, however, particularly the preponderance of fast Silver-rated drivers in the Pro-Am class who would probably sit more comfortably with a Gold ranking, not to mention the notorious ‘fake Bronzes’ who should really be Silver, or even Gold.”

Stephen Kilbey: “The quality and positivity surrounding the Blancpain Sprint this year is such a breath of fresh air. Going into the season there were some sceptics, after the calendar was overhauled and the manufacturers had their hands ‘forced’ into entering, in order to secure grid slots in the Pro class at Spa for the 24. But after some polling post-Brands, it seems that the choices made by SRO to grow the series have been the right ones.

“As Stephen (Errity) said above, the BoP in its current form has produced some great and open races, with so many teams being in the running for wins. The quality of drivers has also improved with the bigger grid, and made the racing noticeably cleaner too. The days of half the field leaving on Sunday night with battered cars seem to be mostly over.

“The Blancpain Sprint Cup is finally reaching its potential, and that’s really encouraging for overall Blancpain GT Series titles too. The overall standings have been practically irrelevant in years past because so few teams and drivers opted to run both the Endurance and Sprint series’, while in 2016 finding out who the king of both is could be the most interesting storyline by the end of the season.”