A selection of DSC’s stable of contributors look back at the key talking points from last weekend, which included a a trip to Imola for the ELMS, and the second round of the Blancpain Endurance Cup at Silverstone:

Stephen Kilbey: “It was never going to be easy, holding the inaugural round of a GT3 championship on a weekend that clashed with a Blancpain Endurance meeting, nevertheless, there are plenty of positives to take from the Michelin GT3 Le Mans Cup’s debut.

“Most of the teams seem happy, which is a big plus. Disagreements with the BoP aside, everyone this writer spoke to was extremely encouraged by the competitiveness from the small entry. The standard of the Am drivers, which is key to the series’ aspirations, in the first half of the race was impressive, with Salih Yoluc, Hiroshi Yamaguchi and Thomas Flohr in particular, standing out. The quality of the Pros complimented them well too. Was the race thrilling? No. But it could have been a lot worse, considering that two of the 10 cars that started collided at Turn 1 at the start.

“With The Road To Le Mans race up next, the series should feature a bolstered GT3 entry because of the location, and the hope is that the other rounds build on that.

“It could take some time to build, but the foundation of the GT3 Le Mans Cup is strong, and it has a genuine purpose. It’s one to keep an eye on, not just because of the racing, but because the entry will feature teams and drivers that will likely shape the Pro-Am classes in the WEC, ELMS and Le Mans 24 Hours in future years.”

Graham Goodwin: “It would be easy to concentrate on car numbers, and in a way unfair not to, for the inaugural race here at Imola. Car numbers struggling into double figures in a racing formula that attracts dozens elsewhere deserves careful examination by all concerned around the issues, and the solutions available.

“However there are positives as Stephen points out, and one particularly important one, that deserves recognition too. The race format is as perfect a first introduction to the ACO brand of endurance racing as currently exists. The race distance, and stint lengths, see the Gentlemen measure themselves against each other, initially unencumbered by the pressures brought by Pro drivers, and multi-class traffic, whilst also bringing in the disciplines of team-working, handing over a car in good shape to the Pro driver, and the associated elements of strategy too.

“It’s an experiment, a totally sensible one, with the massive boost in LMP3 numbers there’s precious little room left in the ELMS for the old GTC class and the move to a GT3 only race actually allows more flexibility. There’s still much to prove, and lessons to learn, but the baby steps taken here seem to indicate real potential”

Johnny Palmer: “We’ve got to remember that this is very much a fledgling series, it should be said though that 12 cars would have been respectable, 10 crossed a line of external credibility, in particular the Super Pole session which lost its meaning with nobody to eliminate from the top 10 ‘shoot out’.

“I particularly liked the Bronze Driver emphasis though, both in the all-bronze qualifying and in the race. car numbers meant that real wheel to wheel racing was limited but the race still presented real opportunity for the Bronze Drivers to learn their trade, and to improve.

“You have more opportunity to gain that knowledge in a race with somewhat less than 60 cars, though ideally it should be somewhat more than 10! In that sort of company you get to make the inevitable odd mistake or two with the lessons that you should take from it, rather than more dire consequences for, at least, your very expensive machinery!

“The variety of different GT3 cars on display though was good, and added something very valuable, and this inevitably means too that at some circuits different cars will be stronger.

“It was very disappointing to effectively lose two cars from the head of the race so early on, but even there there was a learning curve on display. It was sad though that that incident robbed us of the opportunity for the Porsche to play out over a full race, and that we failed to see Klaus Bachler on track as a result.” 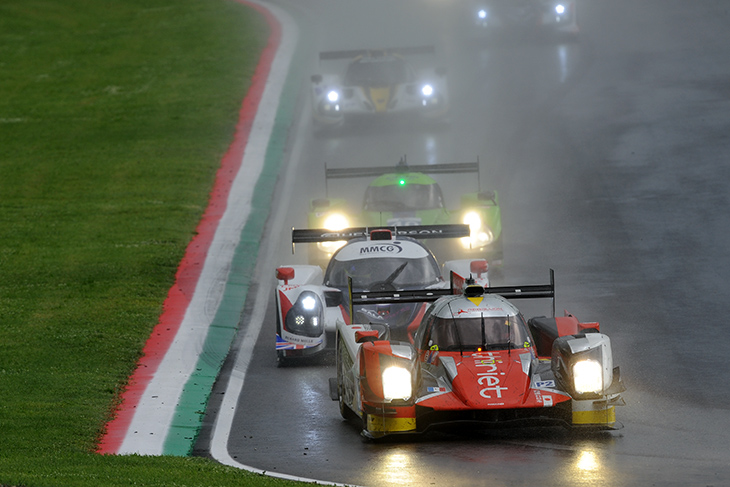 Graham Goodwin: “With rain arriving, then briefly easing before returning in torrents the move to bring the field under control of Full Course Yellow was one of only three options available to race director Eduardo Freitas, the Red Flag or an immediate Safety Car the other potential decision (other of course than leaving the field to their own devices!).

“It was absolutely the correct call, and it was the correct call too to deploy the Safety Car when the conditions failed to improve and it was clear that some drivers were struggling to maintain the correct pace. Tempers were getting frayed in some quarters and there will be the odd radio log saved for the Christmas tape for sure!

“The debate comes around whether the race could have gone back to green for the last 25 minutes or less. My view is that it could, but that the very reason for bringing out the Safety car was the same reason why is shouldn’t have been.

“The conditions were drivable, and raceable at least in part, but there was clear concern about releasing a field for a sprint finish in marginal conditions, particularly in such close quarters to each other, and with more than three hours behind us where there had been almost constant off-road antics even in the dry (mainly, but not exclusively, from a number of the LMP3 runners – Even with a rough recollection I can remember incidents for at least 17 of the 20 LMP3s!

“The Race Director’s first duty is for the safety of all on track and if, for any reason, he had concerns that going green could cause a major issue then he was entirely correct to make that call – That will be a profoundly irritating assessment to many of the Pro drivers, but it’s likely very close to the reason the race ended the way it did, and it’s not one that I’m about to disagree with!” 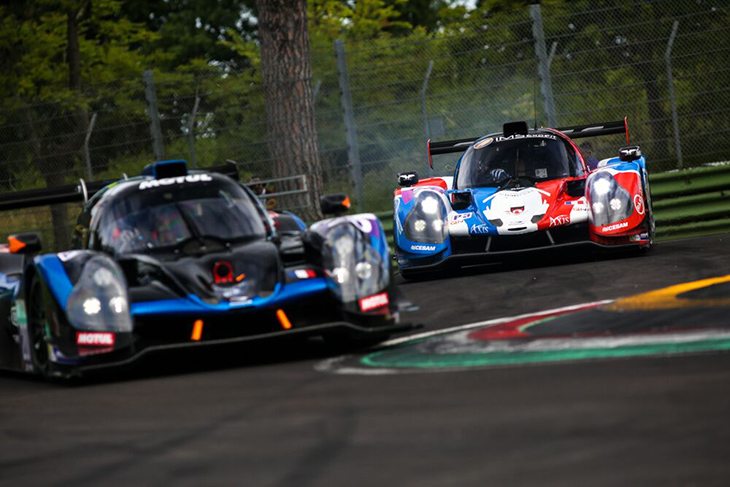 Graham Goodwin: “No, no, no, no, no! Don’t confuse the current Ligier-fest with where this class is, or should be going.

“Yes there have been the hiccups with Ginetta and the fallout from the row with Oreca, the delays with the Ave-Riley and the issues for the Adess.

“Ligier meanwhile have done a very professional job indeed in marketing, building and supporting a simply stunning number of cars, a further batch of orders is slated this side of a summer break, and another straight afterwards!

“They certainly shouldn’t be criticised or punished for doing a good job, as Ginetta shouldn’t have been obstructed when supply chain and reliability issues started to bite. The other suppliers, including Norma who should have their first car out and running later this year, and Dome in 2017, need to learn some of the lessons from this marketplace, and about some of the politics that interject from time to time.

“Ligier’s sales success will now make it tougher for the other chassis manufacturers to get footholds in the marketplace, but there are opportunities to prove their own concepts beyond the ELMS, in Asia, where both Ginetta (with four cars) and Adess (with at least one) are already confirmed for the coming season, in VdeV, where it is believed Norma have customers waiting, and elsewhere, including the marketplace in the UK, expect positive LMP3 news there very soon indeed!

“Make a success in those areas and, almost certainly, the customers will move with their chosen chassis suppliers if their product is good enough.”

Stephen Kilbey: “It’s great to see such a huge grid of prototypes in LMP3 this year, but the fact that all bar one, an eventual sole Ave-Riley from Murphy Prototypes, are Ligiers begs the question: do the other P3 manufacturers stand a chance in a market so monopolised by Onroak, and is it a problem if they don’t?

“Back at the ACO entry list announcement, Gerard Neveu told me that he wasn’t bothered about lack of diversity in LMP3, because it’s more about the drivers than the manufacturers, teams and cars. I agree with the formula, which over in IMSA has been working for years with the LMPC class that only uses one chassis and keeps teams coming back year after year.

“There are different chassis running in other smaller series, and that’s ok, but when it comes to the ELMS, ultimately, I disagree with Graham. The sheer number of Ligiers has effectively made it a one-make class in the ELMS anyway, so in a couple of years, it wouldn’t surprise me if it was part of the regulations. LMP3 a class focused developing drivers, as a stepping stone to LMP2, so I wouldn’t have a problem with that either.”

4. Should the Blancpain GT Balance of Performance be ‘balanced’ towards gentleman drivers? 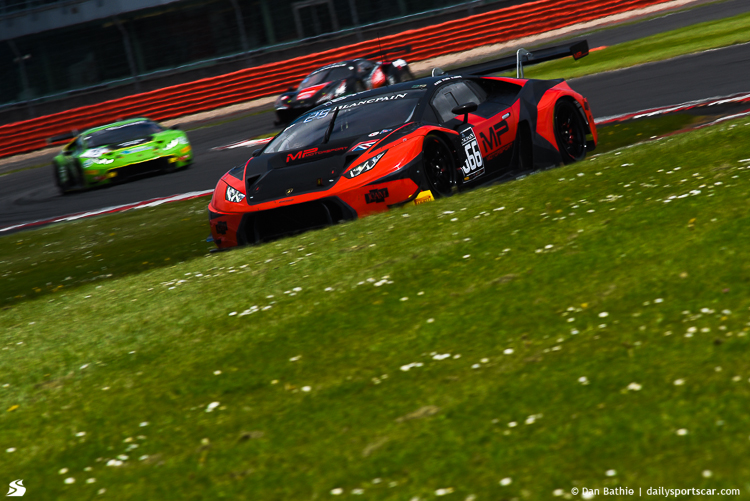 Stephen Errity: “Sunday’s three-hour Blancpain GT Endurance Cup race was another classic in what’s shaping up to be a truly vintage year for the series. The final hour saw a very similar situation to Monza, although in this case HTP Mercedes’ Max Buhk was hunted rather than hunter. Like McLaren’s Shane van Gisbergen at Monza, though, he managed to hold off his pursuer (WRT Audi’s Laurens Vanthoor) for another grandstand finish, with less than a second separating the AMG-GT from the R8 at the flag. And even that battle was overshadowed by the last-lap drama in the Pro-Am ranks, with Maro Engel storming from third to first to take the class win for Black Falcon Mercedes.

“Yet, while the racing was thrilling and traditional Balance of Performance complaints from one manufacturer or another were thin on the ground, Lamborghini motorsport boss Giorgio Sanna did raise an interesting point when we spoke to him on Saturday between free practice and pre-qualifying. “Some of our customer teams are complaining about the BoP, not in terms of pure lap time, but during the races we have a lot of difficulty, especially with the gentleman drivers,” he explained.

“It’s down to the reduction in power from the smaller restrictor. The professionals can use the aerodynamic and handling capacity of the car to the maximum level, whereas the gentlemen can’t. They’d like to have a bigger restrictor and a heavier car. It would have a lower potential top speed in the corners (but they’re not going to be able to reach the maximum possible corner speeds anyway), and more power in a straight line, making the car simpler to drive. This is something that we’re discussing with SRO, not only in terms of performance, but also for driveability for gentleman drivers. We have to take care of them more than the pros.”

“Barwell Motorsport silver-graded driver Richard Abra added: “Last year, the only team Lamborghini worked with was Grasser Racing, with full pro driver line-ups. Pros tend to like a car low, stiff and with lots of aero, so it’s quick in fast corners but a bit slower on the straights. When you combine a sightly softer, easier-to-drive setup for gentleman drivers with a small restrictor, you end up with car that’s slow everywhere for them. Ferrari have worked it very well with the 458 and now the 488, they’ve always been quick in a straight line, so it’s not surprising they sell more GT3 cars than anyone else and they’re particularly popular with the amateur drivers. We’ve been lobbying the SRO about this alright, but we don’t expect anything major to change for this year.”