Looking ahead to the next round of British GT at Oulton Park this weekend, I am looking to build on our 5th place finish we had at Rockinham. The 2016 season has been a difficult start for my co-driver (Phil Dryburgh) and I.

Our team ( Motorbase Performance) have worked incredibly hard to get us back on track after Phil’s huge crash at Brands Hatch, they fortunately had a spare car which they race in the Blancpain Endurance Championship, which allowed us to race and finish 5th at Rockingham.

We were all delighted with the result and saw it as a good foundation to build on. We will have a new car for Oulton Park, thanks to the teams hard work. Phil and I have been preparing ourselves by using the the simulator at Base Performance in Banbury. The simulator is a useful tool in terms of learning a track and keeping you sharp but you also have to be careful not to look too far into it, nothing can compare to the real thing. 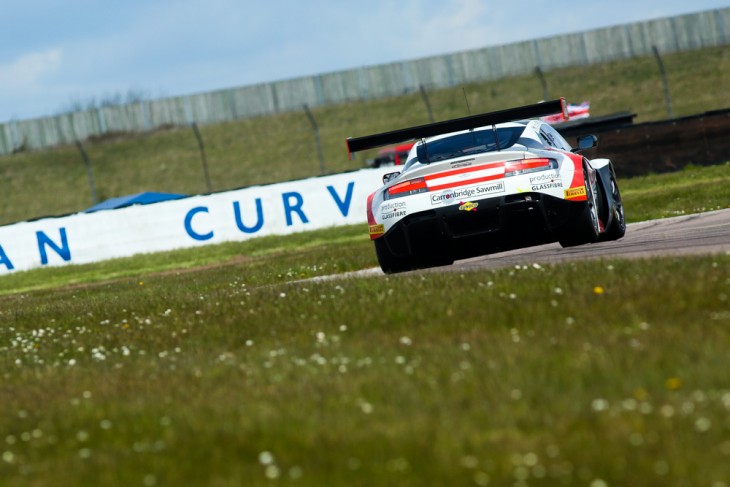 Phil and I have both raced at Oulton previously, but never together as a driver pairing. I personally love the circuit to drive on, it’s a real drivers circuit with challenging cambers and elevation changes, a proper old school circuit in my eyes. Having said that, it is arguably too tight to race on, the GT3 cars are getting quicker each year and the circuit doesn’t have much run off area. But, this should make the race more interesting for spectators. I won my first GT4 race here in 2014, I would love to have a solid finish here in GT3, the Aston should be competitive and I am confident the team will provide us with a great race car.