First I want to send my best wishes to Andrew Palmer and Jorge De La Torre who were involved in an incident during a practice session this past weekend. Racing is can be a dangerous sport, sometimes as competitors we get caught up in the competition and neglect these facts, as drivers, crews, manufactures and sanctioning bodies, we need to do everything in our power to keep everybody involved as safe as possible. Both drivers are constantly on my mind and I am hoping for positive updates in the near future and wish them speedy recoveries. 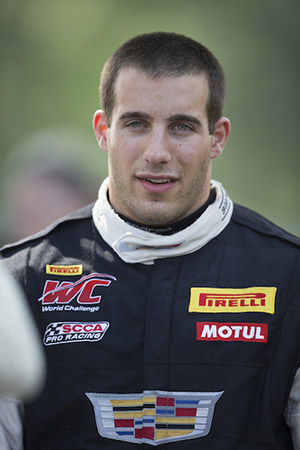 Coming off of a tough weekend in Canada, where we struggled to keep up on the straights due to a balance of performance change, we were left alone, to race at Lime Rock with one arm tied behind our backs. Nonetheless I was excited for a better weekend at the 1.5 mile tight twisty road course in Lakeville, Connecticut. Given the speed deficit we currently face, Lime Rock is about the only track we stood a chance on. The track always makes for really exciting racing especially in a multi-class format like we have with GT, GTA and GT Cup.

Cadillac Racing took the initiative to test at the Lime Rock with both cars on May 10, we also tested with both cars on the promoter test day this last Tuesday. So we were more prepared than any other team and drivers in the series. Given our current performance envelope, qualifying went about as well as we could have expected, I was eighth and my teammate Johnny O’Connell was fifth.

I got a pretty good start for the first race, but with our Cadillac ATS-V.R Coupe down on power I got swarmed from behind and ended up the meat in a McLaren sandwich. I only ended up losing one position in that first lap battle, to the Acura of Ryan Eversley. I was able to pass the McLaren of Austin Cindric for position about halfway through the race and would finish in the eighth position, exactly where I started. Johnny was able to sneak his way onto the podium after two cars ahead tangled for position, scoring crucial manufacturer points for Cadillac. However, Alvaro Parente was able to sweep the weekend in a McLaren that is still running at the same power levels as when he challenged me for my win at Barber. 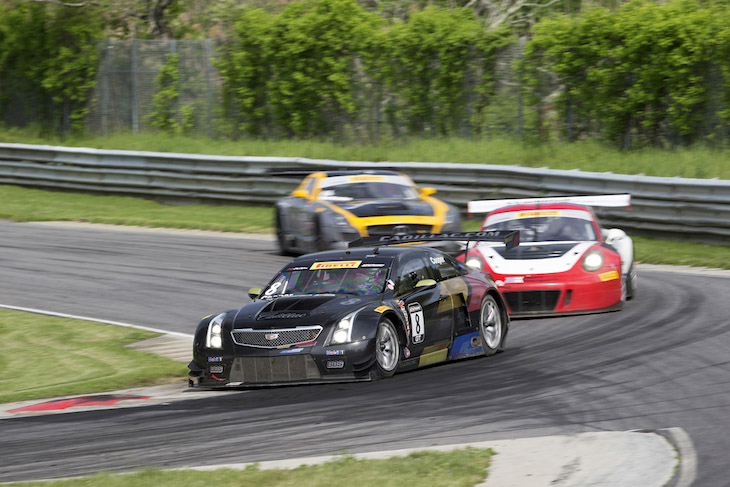 On the start of race two I was again swallowed up by faster cars down the straight, but I was able to get a position or two back on the inside of Turn 1 without any significant contact. After getting through turns one and two fairly cleanly, I was on the outside of Turn 3 when James Davison, whom I left more than enough room on the inside for, drove straight up the track just long enough to hit me in the left rear, sending me spinning in the grass. This isn’t the first time James or JD as he is also know, has made avoidable contact with another car. I recovered to finish 14th.

Next up on the schedule is one of everyone’s favorite tracks, Road America in Elkhart Lake, Wisconsin at the end of June. I hope we can get a little more boost back so we can get our Cadillac ATS-V.R Coupes down those long straights.