The change that most racegoers will likely notice first for the 2016 Le Mans 24 Hours will be the newly completed additional four pit garages (seen below under construction in December and now complete).

Added on to the pit out ‘granny annex’ the new garages allow the expanded 60 car entry that makes it debut this year.

On the run down to Indianapolis there is a very stark change, for now at least, with a large section of forest damaged, and now felled, after the series of arson attacks in the area last summer. Our understanding is that this part of the traditionally heavily wooded part of the area is being replanted.

The promised work to create a new public road section and roundabout to bypass the accident blackspot (in both road and race usage) has been completed. 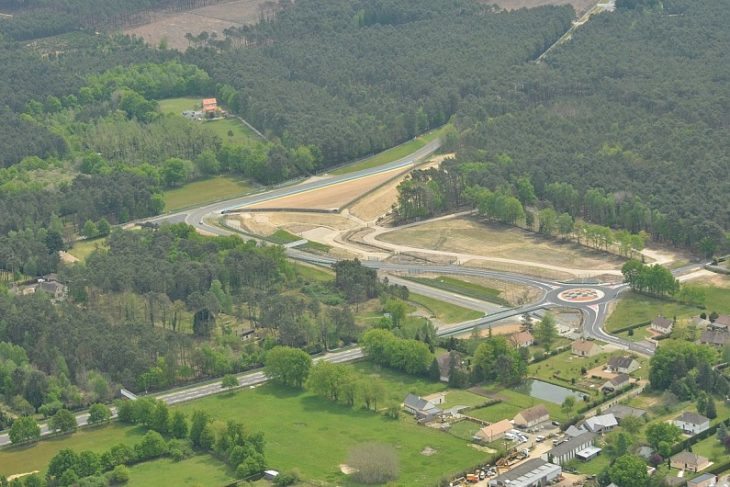 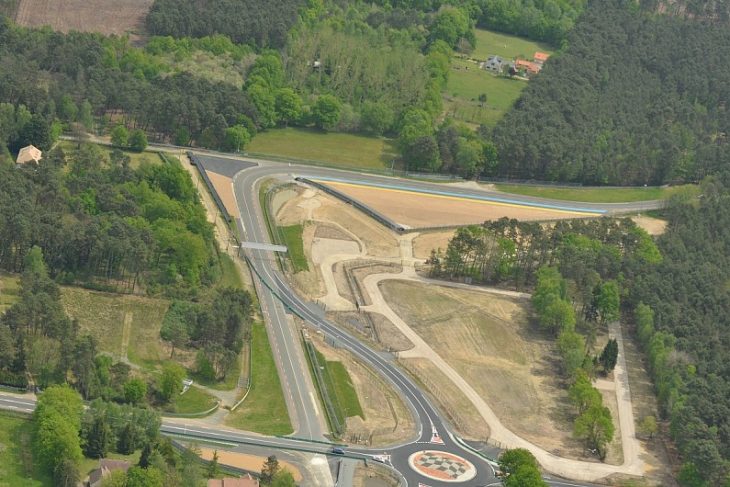 The track proper remains unchanged but a short section that was previously in public use outside race week is now closed to regular traffic. 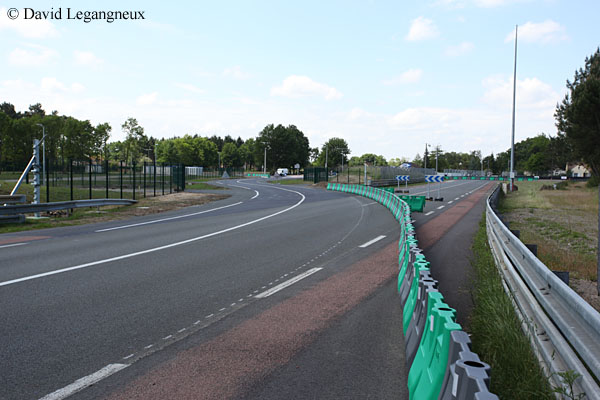 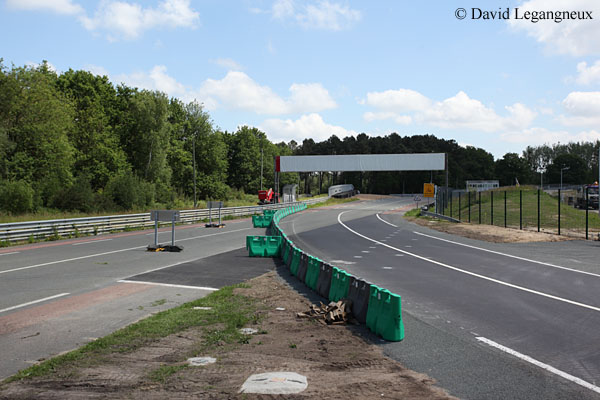 The works have also created the opportunity to build a new spectator area at Indianapolis which will be available for this year’s race. 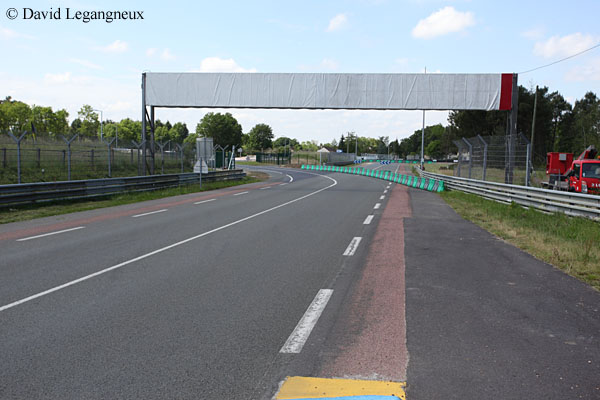 It will give the first chance for a real viewing opportunity at Indianapolis since the turn of the century when the run off and gravel trap at that point of the circuit was extended. 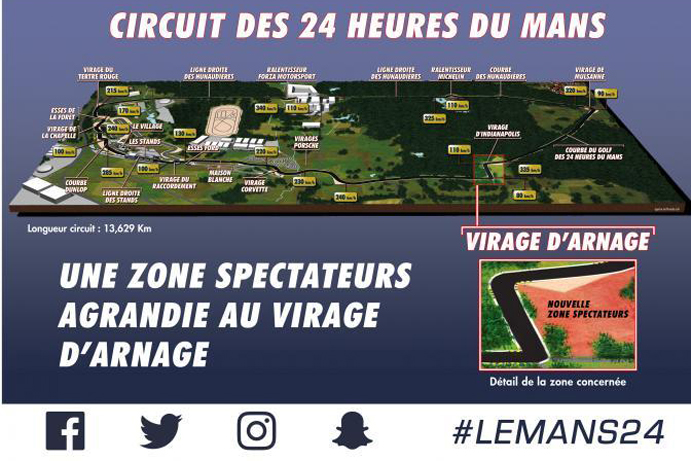 Another safety improvement introduced at Porsche Curves is the first use at Le Mans of the impact absorbing SAFER (Steel & Foam Energy Reduction) barriers on the outside of the first part of the double left at the beginning of the sequence.

Despite the changes through the Porsche Curves the alignment of the track itself is unchanged.