Porsche Team’s pair of 919 Hybrids finished 1-2 atop the screens in the first session of the 2016 Le Mans Test Day. Quickest for the German brand on the dry track was Neel Jani in the #2 after a 3:22.334 in the second half of the running, ahead of Mark Webber’s 3:22.555 lap in the #1 just two tenths back. At the very end of the session the #2 was reported as slow on track though.

Taking up third spot after much chopping and changing throughout the session was the #7 Audi R18 a further two tenths back after Märcel Fassler’s best lap, with the sister car sitting fourth after a late flyer of 3:22.797 by Loïc Duval.

The two Toyotas, which debuted their new aero kit for for the big race ended up fifth and sixth ahead of the first LMP1 privateer entries, the #13 Rebellion R-One. Remarkably the top five finished within a second of each other after a late improvement for Anthony Davidson in the #5 TS050.

For the LMP1 runners, the #8 was the only one with a notably troubled run, after mechanics worked on the car during the first couple of hours, taping up the rear brake ducts. It did manage 42 laps in the session however.

LMP2 was dominated at the top by Oreca chassis, which locked out the top six. Leading the way was the #36 Signatech Alpine, a rebadged Oreca 05, which set a 3:37.543 with Nicolas Lapierre at the wheel, while Eurasia Motorsport’s Oreca ended the morning’s running second, with Manor rounding out the top three. 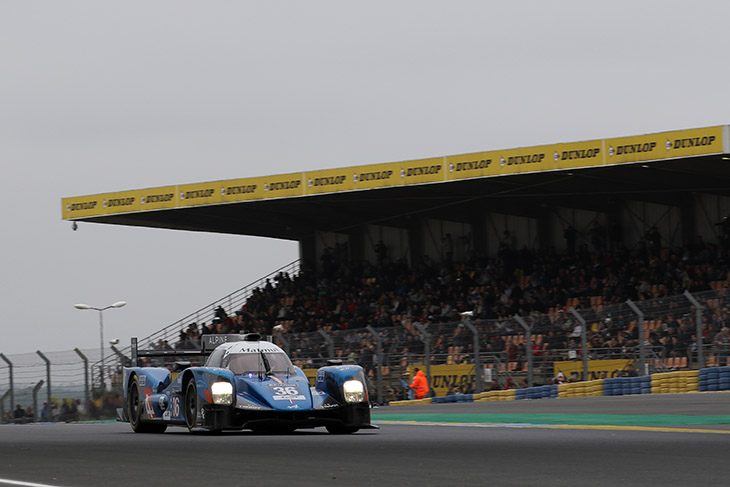 The G-Drive Oreca ended up fourth after undergoing repairs early on. First of the non-Orcas in seventh, was the #27 SMP Racing BR01 of Nicolas Minassian, Maurizio Mediani and Andreas Wirth. 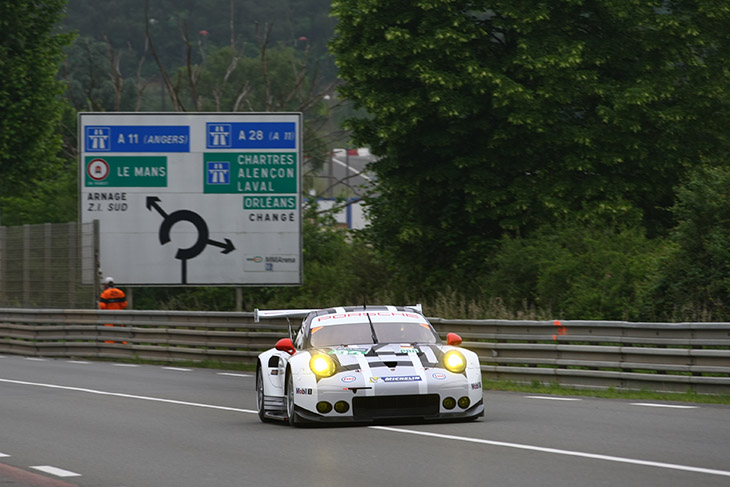 Two Ferraris made up the top five in the GTE Pro class, with the Risi Competizione 488 leading the first of the AF Corse cars, the #51. It wasn’t a perfect session for the #51 however, which had to have repairs to the clutch after a hydraulic leak; this after it’s engine was changed yesterday.

Scuderia Corsa ran quickest in GTE Am for much of the session, but Matt Griffin’s final flyer of 3:58.869 was good enough to pip the All-America crew by a tenth in the #55 AF Corse 458. Third in the class was the #98 Aston Martin Racing Vantage of Paul Dalla Lana, Pedro Lamy and Mathias Lauda. 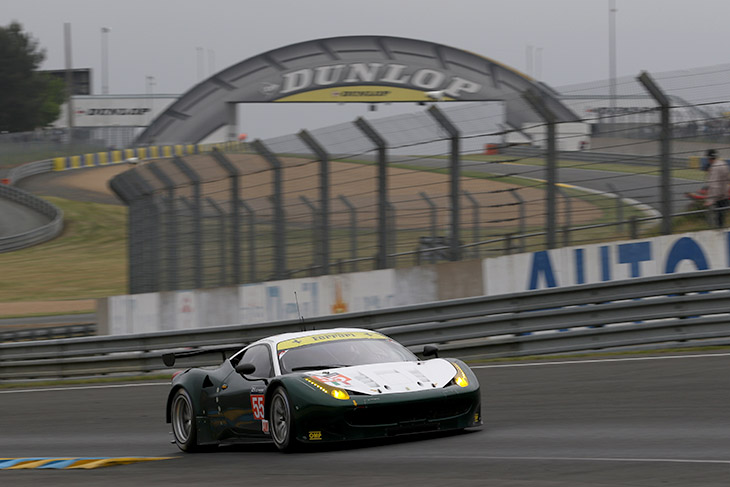 History was made in the session as Frederic Sausset turned his first laps in the Garage 56 SRT41 Morgan.

There were a few yellows in the session for offs, and one red flag period around the halfway mark after Francois Perrodo got stuck in the gravel at the Porsche Curves and had to be towed out.

The afternoon running begins in 14:00 local time in France.