George Richardson is back in 2016 filing columns throughout the season on DSC. This year, Richardson is focusing on the VLN championship and the Nürburgring 24 Hours driving with Walkenhorst Motorsport in the #101 PlayStation-backed BMW M6.

His second column of the year comes after the biggest race of his season so far:

Finishing the Nürburgring 24 Hours was an amazing experience. Coming home 22nd after 121 grueling laps of the circuit was tough but fun! It was a really challenging race for me and my teammates, despite not achieving the result I envisaged, I learnt so much about taking on the big race which will help me in the future.

Our car had an off in Practice which left the team scrambling. Having to do significant repair work the right-front section of the car meant all our track time was cut short. In fact, I didn’t manage to get any full laps prior to the race, just two in and outs! 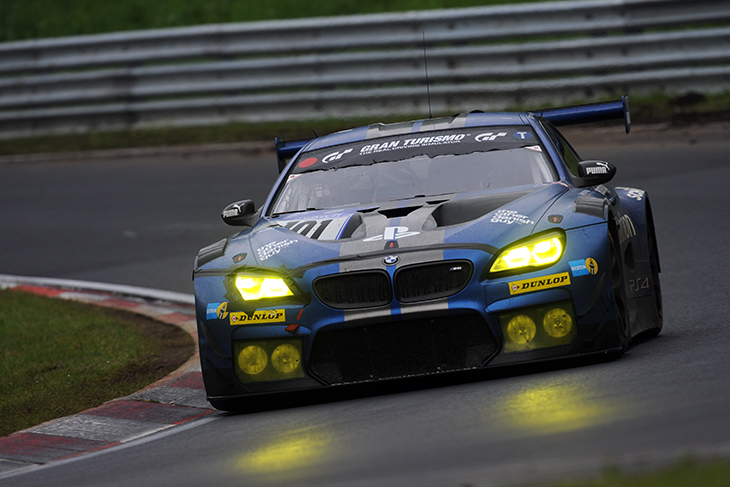 As a result it made my first stint incredibly tough as it was just getting dark, in mixed conditions on the Nordschliefe and with an intermittent failure on the car which left us down on power; it wasn’t quite what I hoped my debute in SP9 would be like!

Driving an entire N24 with an issue is extremely wearing and mentally tough, as you know that on pace you can’t compete. Instead, you have to play the waiting game and move up the order when others fail.

Because of the incident we didn’t have the time to nail the set up of the car either, and didn’t make the Top 30 Qualifying, which left us without a blue light (the reward for making Top 30 Qualifying) due to missing the weather window so often talked about at the Nurburgring.

I didn’t realise just how much difference the blue light would make, but driving a dark coloured car, with no blue light meant during the night the guys driving the slower cars really struggled to realise that they needed to get out of the way. Our car didn’t act like the other SP9 BMWs either due to the issue, so myself, Mathias, Max and Kazunori really had to hustle our way through and in the post-race debrief there was a big discussion on the amount of close shaves we all had.

Speaking of mixed conditions, the weather at this year’s race was unbelievable, even for the Nürburgring. Throughout the whole event it couldn’t make its mind up, and when the hail came down during the race It was unlike anything I had seen before. 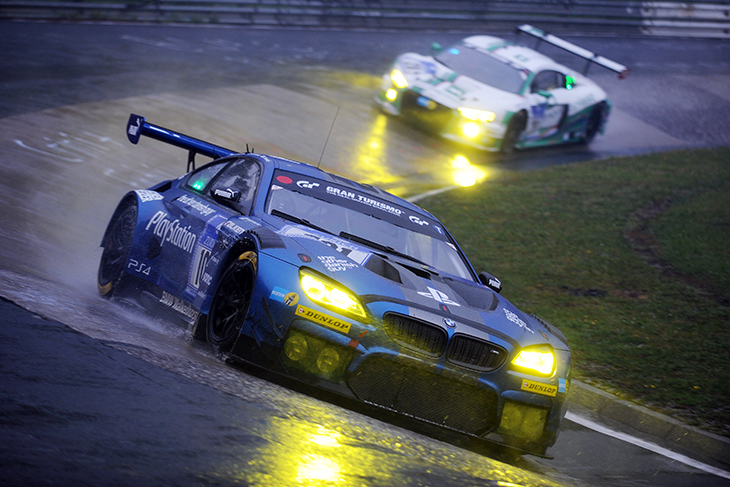 Mathias was in the car when the hail put a stop to the race after one hour and the pictures of him are brilliant. There is some cool shots of him throwing a snowball at Jaap van Lagen, something which I don’t think anybody expected in May!

The important thing is that nobody got hurt, and that the race organisers did a phenomenal job as always, stopping the race very quickly and restarting the race after such a meticulous clean up job of the debris, stranded cars and wet through drivers.

The rain did calm down though, and the circuit conditions improved throughout the second half of the race. When I was in the car it was fascinating as always to see just how the different conditions can be across the circuit. I drove into the night and into the morning, considered by some as the difficult stints, I found it really interesting and I found a good flow quickly.

At the time of writing this I’m traveling back from the GT Masters/DTM race which I did driver coaching at and everyone’s still talking about Maro Engel’s weekend, and rightly so, the man was on fire. His qualifying pace was outstanding and his drive at the end was something which commands respect. I saw him a few times this weekend and gave him “the nod” though he probably has no idea who I am. 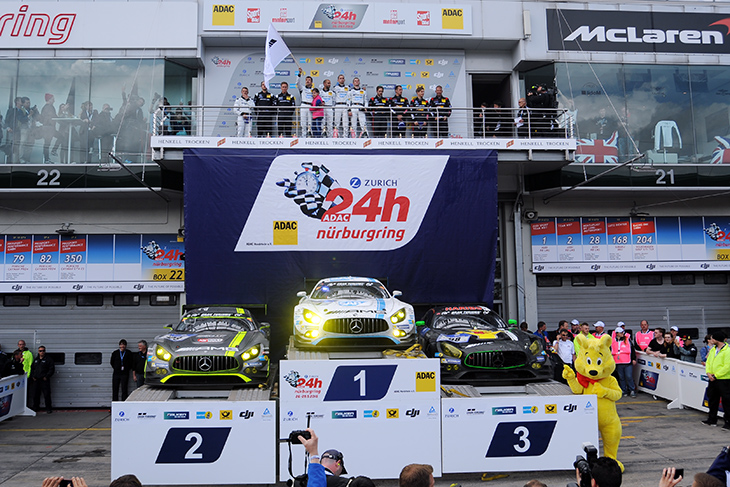 I must say that his move at the end on Hohenadel was hard, but fair. Everyone in that position would have done the same.

If I was in the position to win the race on the final lap, I’d take it at all costs, you have to. Could he have waited and picked a better spot? Maybe, but in the moment you rarely think like that and it was executed perfectly from so far back.

On the other side, HTP were right to protest it, in the same way, everyone in that position would at least request an investigation into the move. It must have been terrible to be in that garage when Engel made the move.

It was a tough outing for BMW’s new M6’s across the board, but I can say from experience that the car has so much potential, and that the #100 car would have been in the fight had it not been caught up in an incident. I love driving it, it’s very rewarding and loaded with grip. 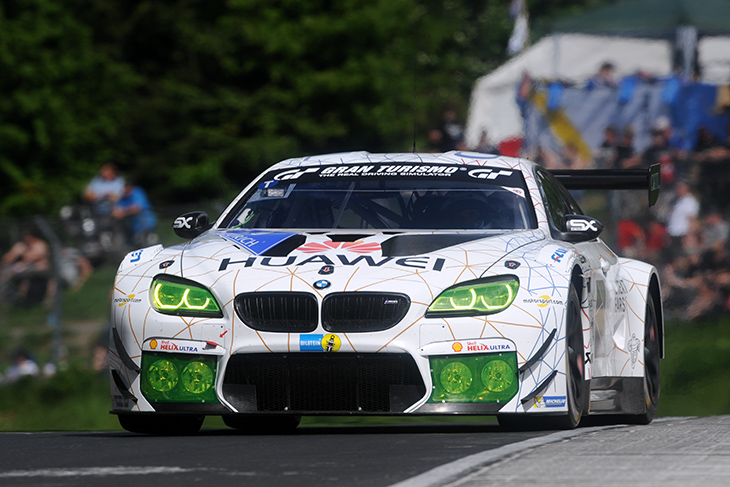 The car is truly a big step in GT3 terms from the Z4, and it showed, because even though the Mercedes teams dominated in the end, on pace, the M6s were close and had things swung their way in the luck department it could have been a very different result.

For all of us in the Walkenhorst team, it was a learning experience, but to get two cars into the top 20 in that field was a real achievement. I can’t thank all of them enough for such an incredible opportunity to be part of such an important event for the team and the brand it represents.

I also had a special guest with me, car vlogger Shmee 150. He filmed a three-part video blog (part one is below) about my weekend, it had a huge response online and is currently at collectively over 300,000 views on YouTube. It was very important to deliver a return to my partners this race and I believe we did so!

Next time I write, hopefully I will have some more news to share. The journey as a silver driver is a tough one but I believe going to be worth it in the end.