Factory Audi driver Filipe Albuquerque drove in the Le Mans LMP1 efforts for Audi in both 2014 and 2015. This year he is competing in the full FIA World Endurance Championship season with Team RGR by Morand in a Ligier Nissan LMP2 car. In addition, he races an Audi R8 LMS for Belgian Audi Club Team WRT in the Blancpain Endurance Series. As if that’s not enough, he is also competing in IMSA’s North American Endurance Cup with Action Express Racing.

DSC caught up with Filipe as he prepared for the biggest race of the season, the Le Mans 24 Hours:

You’ve been busy this year haven’t you?

“Yeah, everything got busy busy this year! It was not intentional to have my year be so busy though. I never planned to have so many races. It was just so many opportunities that came up for me that it was impossible for me to turn them down.

“When the [LMP1] ride fell off with Audi, I spoke with them and said that I’d like to keep doing the WEC. I felt I would be a good product for an LMP2 team. Ligier and RGR contacted me asking if I would be interested in doing the full WEC season with them. They said they were going for the championship win, and I wanted to be part of that.

“Audi were very supportive of my decision. Also, my role with Audi was still being defined and that is when WRT contacted me about racing their GT Car. With my experience with the Audi R8 we thought it would fit perfectly, it was a great match.

“I also then got in talks with Audi Sport Italy, something very exciting for me as one of the first races I ever raced with Audi was with Dindo Capello at Monza back in 2009. I won that race with Dindo, in an R8, in Italy! They called and asked to have me be part of their team this year. I said, “Yeah!, let’s do it!” So really what ended up happening is I kept getting these calls with [opportunities] to push for the title, “do you want to push for the title in this car and that car”…and [of course I] couldn’t turn them down.”

What is it like to be in the Blancpain GT Series?

“The last time I drove in Blancpain was in 2011 and the series was still growing I felt. I remember coming there after racing in DTM and I felt great right away. 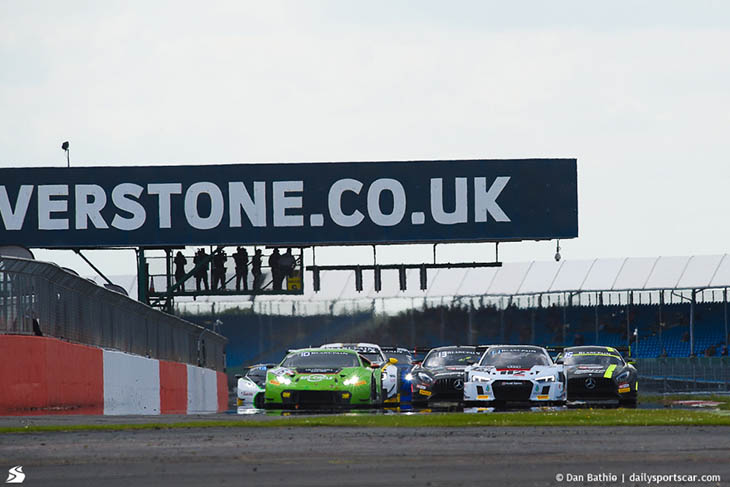 “After 5 years, now I’ve come back and it’s much more competitive. Most teams have a number of drivers from a factory. My first race this year was a bit harder than I thought it would be.

“Usually one second between GT cars isn’t that much, but in Blancpain it was 40 cars! That is ridiculous!

“For example in Monza, we struggled a little bit as we didn’t have the top speed advantage and it’s amazing how competitive the entire field is. I do think that in the Blancpain Endurance Series there are maybe too many cars – 60 cars is a lot. It is very difficult to get a clean lap with so many drivers of different experience being involved.”

In 2014 and 2015 you raced at Le Mans with Audi. 2014 saw you have the heartbreaking outcome of not being able to drive the car, and last year you were far more competitive – now with you not being in a factory car, how has your approach to preparing for Le Mans changed?

“It is a little bit different this year I must say. Previously being with Audi for Le Mans, that was my major focus. All I focused on was preparing for Le Mans. We tested at various places and my total focus was Audi and Le Mans. 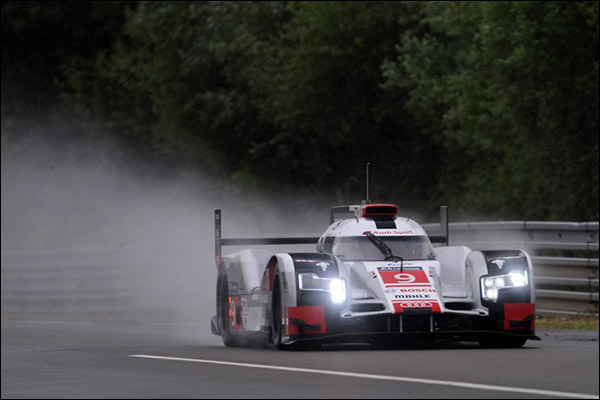 “In 2014, when I didn’t even drive, I came back from the race and didn’t get out of my pyjamas for 2 weeks! – I had no motivation. Everything I had done the year before was leading up to that moment and I didn’t even have a chance to drive in the race.

“In 2015 we were one of the fastest cars all race week. I set the lap record on the 14th lap of my race. The car felt perfect last year. We were just unlucky with hybrid problems.

“This year things are different. I am in a P2 car, which is a homologated car. you can’t change hardly anything on the car compared to a P1. You cannot go and say, “let’s change the front wing.” You always get the response back, “no, you can’t change it, that is homologated.” It adds another perspective to the racing because not having the freedom to change things on the car is something I didn’t have to deal with in LMP1. I like the added challenge.”

What are the differences between driving the Gibson you drove for Jota Sport in the ELMS last season and the Ligier?

“It’s funny because they are actually very different and you wouldn’t think they would be.” 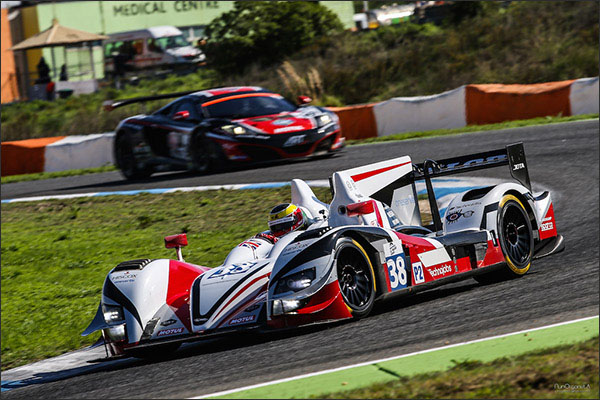 “The Gibson has very good traction and a very strong rear axle in terms of balance. The Ligier is different. The Ligier has a fantastic front end and has changed my driving style. Also being at Le Mans, a closed cockpit is much nicer. You don’t have to deal with the stones, rubber and debris from the track.”

You just mentioned your driving style, Filipe. How would you characterise your style?

“I drive what I have. I think what allows me to be able to drive all of these different cars this year is that I can adapt to whatever car I am driving very quickly. I also can drive a car setup to a gentlemen driver’s liking very well. I will ask my teammates what they prefer and work with them on improving the car from their preferred setup.

“For example, if you put too much oversteer into the car, it can be a very fast car, but it is not the best to have for a 24 hour race – especially for a gentlemen driver.

“I can drive with very different setups and different cars. That’s why I’m loving driving the Daytona Prototype in America, an Audi R8 in GT3 and an LMP2 Ligier for Le Mans.

“When I saw all of these races on my calendar, I didn’t know if I would be competitive in all the different types of racing I’m doing this year. But, now getting close to halfway through the season I am leading the LMP2 championship in the WEC, I am second position in Italian GT, just one point behind the leader, and I’m second in the NAEC IMSA Championship.

“I am very happy with how my year is going. I’ll keep pushing until the very end. It’s been a true challenge this year and I like that.”

What is it like being with a new team and new teammates this year in the WEC? 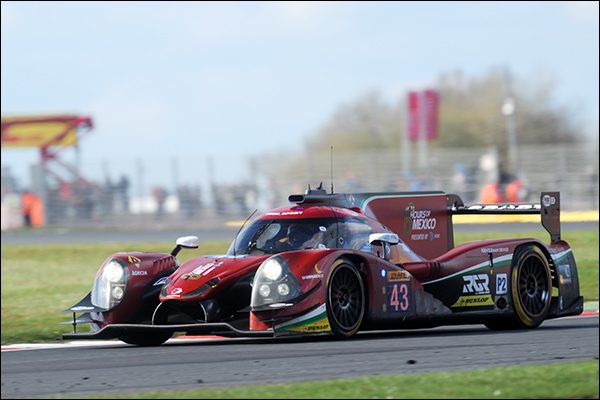 “We struggled in Spa, but I think that was the aero package not suiting our car the best, but we still had an amazing race and we were happy with our pace. We maximized the car’s potential and scored the most points.

“There is no ego between us. Bruno, Ricardo and I all work together really well. We don’t get worried about who’s on the newer tires and who’s going to be setting faster laps. We all are focused on improving each other. I think that is one of our greatest strengths right now. We have nothing to prove between us three and that is good.”

Given the constant wheel to wheel action in LMP2, how do you manage your pace and not get caught up in hard battles during the 24 hour?

“My talking with the engineer always comes back to “what is the point of the situation.” We talk about what we are trying to accomplish during a part of the race. For example, at Silverstone this year, I was able to produce quick lap times, but then I was 50 seconds ahead and I had a few moments that I didn’t need to have and I eased back and controlled my race until the end. I knew that I had everything under control and I was bringing the car home. Bringing the car home is how you win championships. The secret with winning endurance races is knowing when to push.

“Learning from Tom Kristensen, Dindo Capello, and Allan McNish has taught me that. When I first came to Audi, I thought to myself, “I am going to show all these guys how quick I am.” I remember doing testing when I first started with the Audi LMP1 team and I’d be half a second faster than Tom Kristensen, which counts for nothing! Then we go to Le Mans and it’s during the race, Tom would pull a second out of nowhere and I would be thinking, “where did that come from?!” Its those things that make a difference to an endurance driver; knowing when to push is important. “

What’s your favourite part or corner of the Le Mans circuit?

“I’d say the Porsche Curves. Last year, driving during Happy Hour, I was continually going faster and faster through there, even when I was out of hybrid energy for the lap. It’s a corner that’s old school, you know? If you make a mistake there, you will end up in the hospital really bad. It’s a very fast corner with no room for mistakes.

“That’s why I hate some of the other tracks we go to. You don’t pay for your mistakes. You just brake late, miss the corner, and then come back to the track.

“That’s why I love the tracks in America! When you make a mistake you are in the gravel and then the tire wall. Le Mans has this character that still takes great skill to go fast and find a rhythm. But to be honest I love all of the Le Mans track. The long straights are amazing for slipstreaming and the tight corners where you can use the hybrid energy to get up to speed very quickly. Tertre Rouge is another fantastic corner on the track. So fast and challenging.”

Give me a story about your teammates this year?

“Which teammates?! I have so many this year! (much laughter)”

Great point! What about your WEC teammates?

“We laugh a lot about Bruno’s geekiness. He loves his drones. He tells us all about the power of his drones, how it goes 4 kilometers per hour, how it has 4 gigabytes and so on. We have a lot of fun together the three of us.” 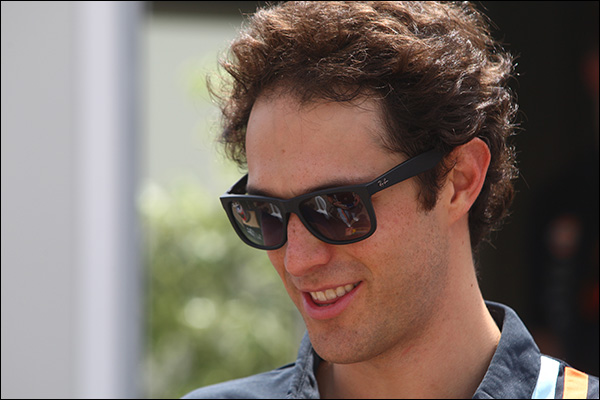 What is your proudest moment in your career? I remember hearing of you the first time in 2010 when you beat Michael Schumacher at the Race of Champions. I thought to myself, “who is that guy?!”

“Yeah! That was me. I am ‘that guy’ who beat Michael Schumacher (much laughter).

“I think the fact that I have a career in itself is my proudest moment. I come from a very little town in Portugal called Coimbra. It’s a small town with mostly students and has no sports.