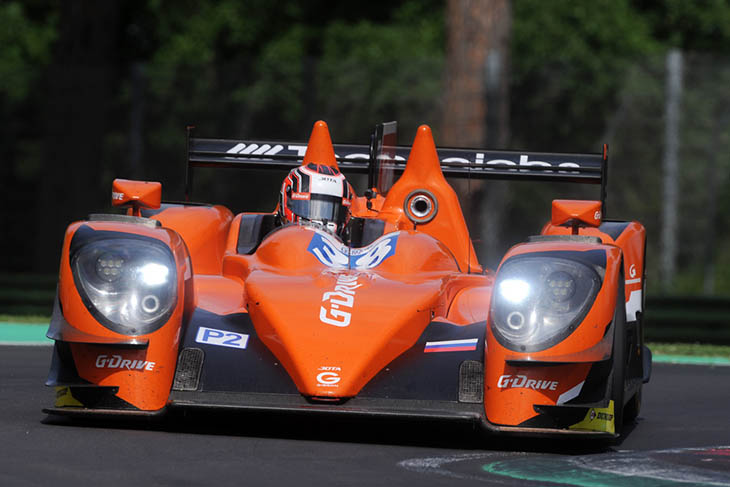 G-Drive Racing/Jota Sport’s Sam Hignett has confirmed that the fate of its storied Gibson 015S has been decided. It’ll be a museum piece at ‘Chateau Dolan’ after this season, with the team opting to replace it next year with a newer P2 chassis when the reg change comes in.

The car has been a part of all of the team’s LMP2 Le Mans trips and has accumulated a win (fifth overall) and a second place in its four appearances at the 24 hours.

Brendon Hartley revealed on his Facebook page yesterday his new helmet design for this year’s big race. A nod to New Zealand’s history at Le Mans, the top of the helmet features a 50/50 split featuring tributes to both Chris Amon and Bruce McLaren, who won this race 50 years ago for Ford. The helmet’s trim is also set to glow in the dark. 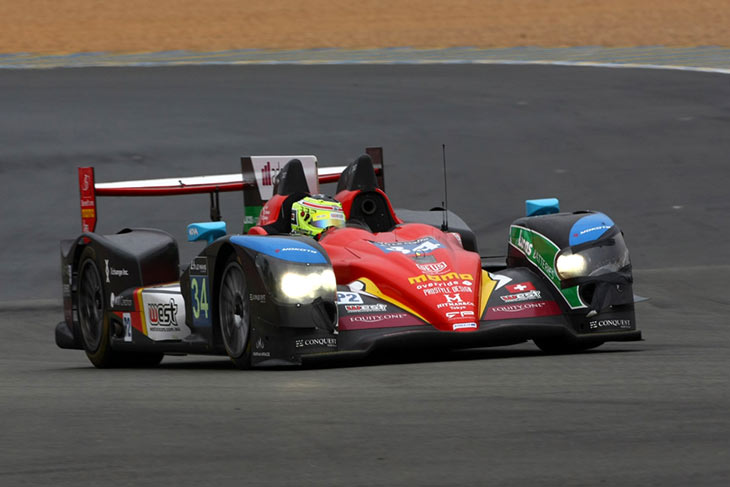 British driver James Winslow spoke to DSC earlier about his plans for the future. A mainstay in the Asian Le Mans Series, competing in all but one of the races in past seasons, has confirmed that he will be driving in the booming series later this year.

As well as driving in Race Performance’s Oreca 03R in the 24 hours, he’s also slated to drive in Road To Le Mans race with Graff in LMP3. With the Graff team, he went testing at Paul Ricard. The French outfit used it as a chance to get some running on the Mistral Straight, as preparation for Mulsanne, and alongside many Blancpain teams were the only P3 runners there.

In the Road To Le Mans race on Saturday Morning, Winslow is sharing the Ligier JS P3 with Aussie Dean Koutsomidis, who is in the middle of a three year plan. “He’ll be racing at Le Mans next year, he’s one of many using LMP3 as a stepping stone,” Winslow confirmed to DSC.

Winslow also spoke about the Asian Le Mans and LMP3 appeal in Australia outside of Koutsomidis.

“While the Australian GT Championship has boomed in recent years, there are a lot of teams looking to make the jump to LMP3 and then Le Mans from Aussie GT,” he said. “It makes a lot of sense, because AsLMS rounds are on the same timezone, so it’s a lot more manageable as a route to Le Mans.” 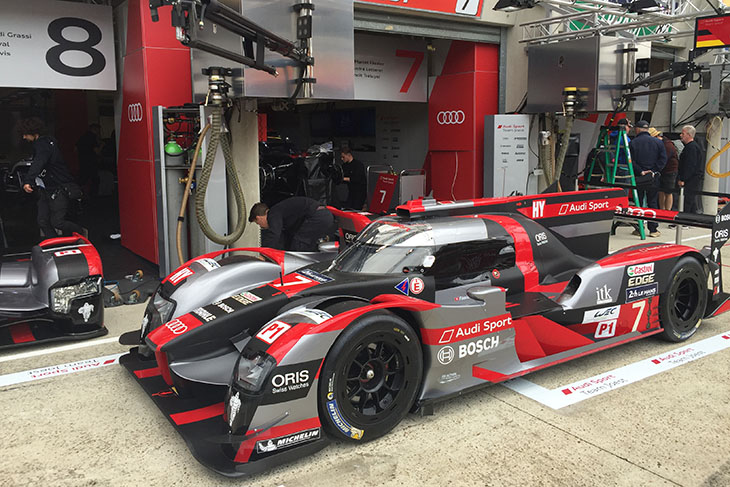 Sight of a third R18 on pit road sent pulses racing for a moment. The car in the high-downforce configuration used at Silverstone, but the team confirmed that it is just a showcar, and not a full-spare. Audi though, habitually carry at least one spare tub to the Le Mans 24 Hours. 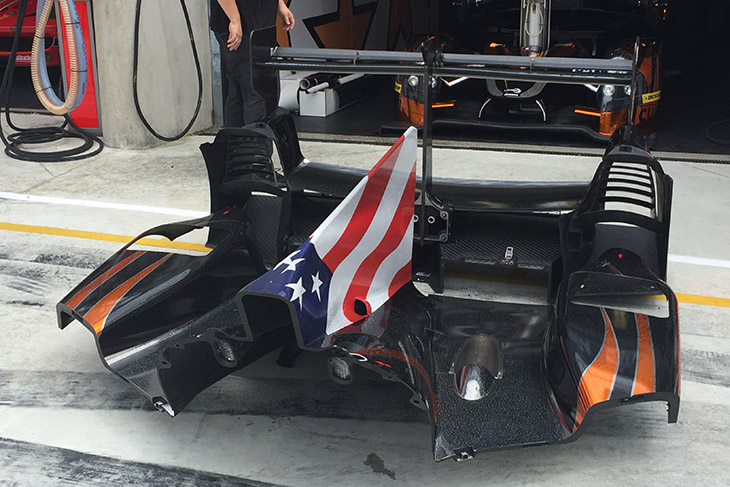 In light of the recent shootings in Orlando, USA, there are two notable tributes this weekend here at Le Mans, paying respect to the 50 victims.

Michael Shank Racing has opted to run the US flag on its fin. “We had a lot of good feedback after running it at Detroit last time out, and with the events over in Florida, it only seems right to keep it on.”

The ACO is also displaying the US national flag at half-mast on the podium. 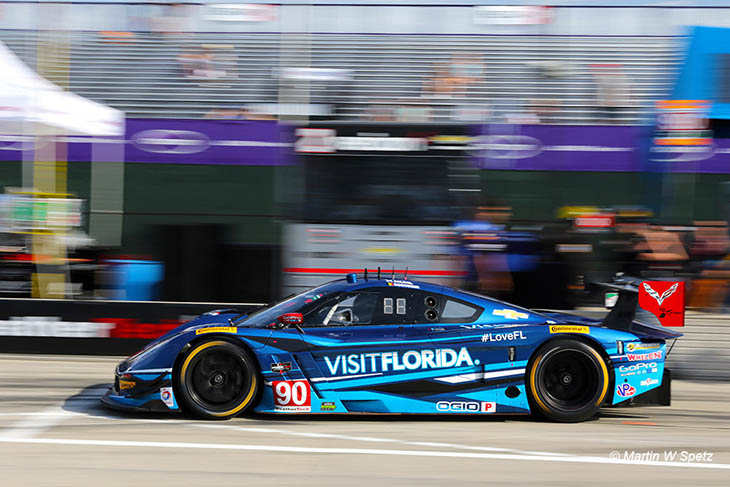 Michael Shank also pointed out that Visitflorida.com Racing boss Tony Fliss is on a recce of Le Mans in the same way that he was last year with the intention of racing over here next year.

“Oh he’s here and he’s doing what I did, finding out the lay of the land. There aren’t many American teams who have the privilege of doing this, because the cost is so high, so it’s good to get a feel for it by coming over beforehand. It’s not official yet, but it looks like he’ll be here next year with his team.” 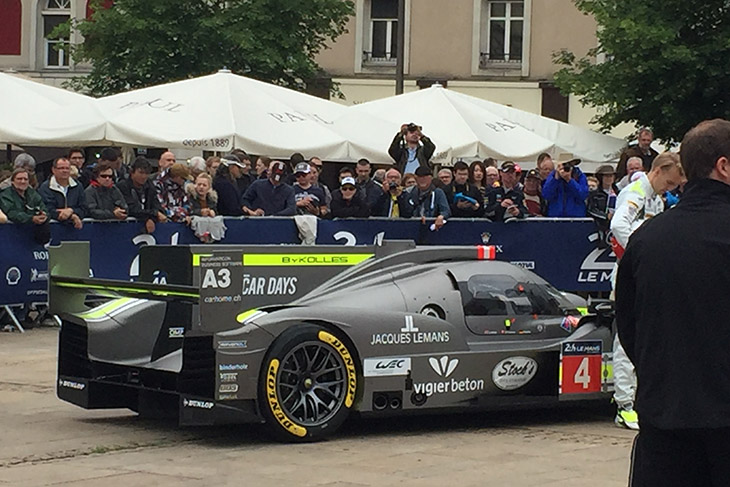 The one major visual change to any of the cars here since the Test Day, is on the #4 ByKolles CLM P1/01 AER. The car features new side bodywork, we believe it is untested but is due to feature on the car for the remainder of the season. 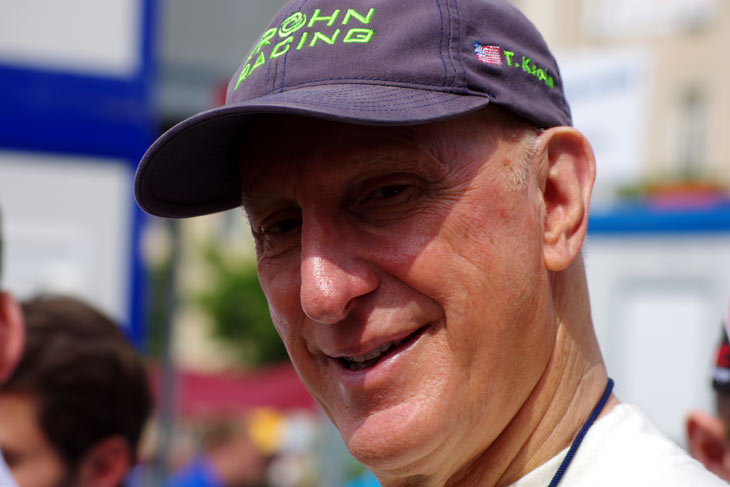 Tracy Krohn and the IndyCar contingent finally arrived at the circuit today.

Krohn was delayed in his travels due to adverse weather in his home state of Texas. The weather was so bad that the radar on his plane failed, causing him to land early and jump on a commercial flight from JFK Airport in New York.

The four IndyCar representatives meanwhile were also delayed in their travels from the Lone Star State, but are all here now. Scott Dixon, Mikhail Aleshin, Townsend Bell and Sebastien Bourdais are all racing, and competed in the 100th edition of the Indy 500 earlier this month.

The race that they were all due to compete in last weekend at Texas Motor Speedway was affected by the weather front, and was abandoned and rescheduled for later in the year.