Despite the ACO’s announcement that it would be turning its attention to developments in hydrogen power for the future, Green GT confirmed on Friday that it has no immediate plans to race its existing H2 or recently unveiled H2 Speed (pictured above), either in Garage 56 at Le Mans or elsewhere.

The original H2, which was initially planned to be the Garage 56 entry at Le Mans in 2013 before withdrawing, completed the first hydrogen-fuelled lap of Le Mans on Thursday night, with Olivier Panis at the wheel (below). 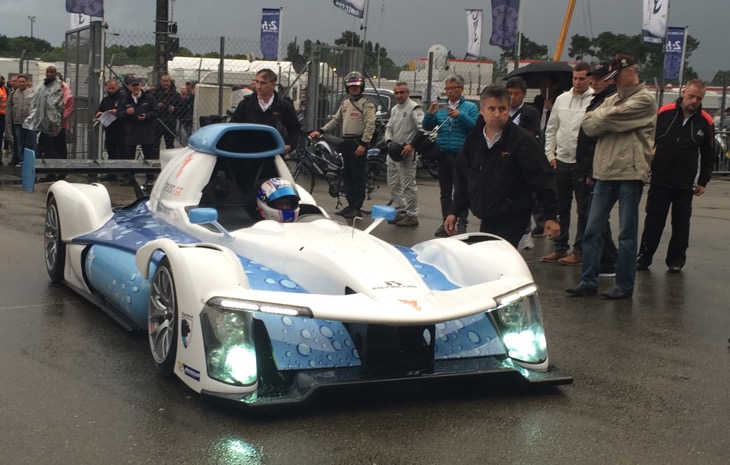 Pininfarina was brought in to design the H2 Speed, which is built around an LMP-style tub and will eventually be aimed at the high-end trackday car market. Key technical partners for the project include Michelin, which is an investor in Symbio FCELL, supplier of the car’s fuel cell.