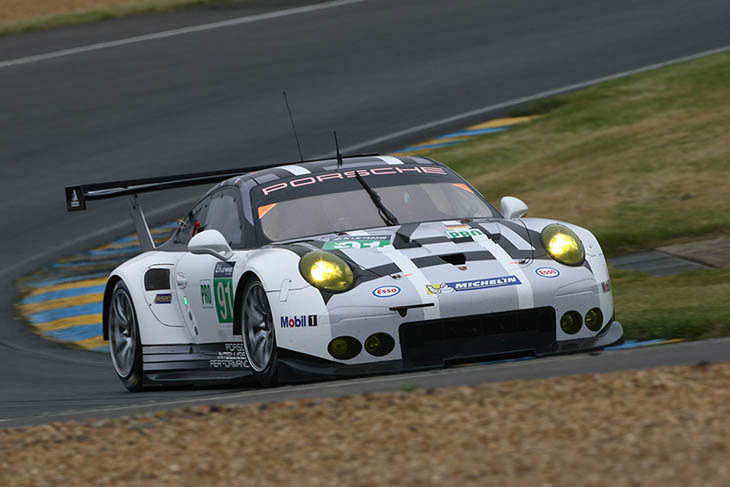 Clear flying laps were hard to come by, however, due to red flags for two offs by LMP2 runners. A twitchy moment for the #91 GTE Porsche (above) at Indianapolis was the first indication of the oil on track that may have contributed to Paul Loup Chatin going off at the exit of the Porsche Curves in the Panis-Barthez car. The right-hand-side of the #23 machine glanced the barrier briefly and the red flags came out while it was moved to a safe location. 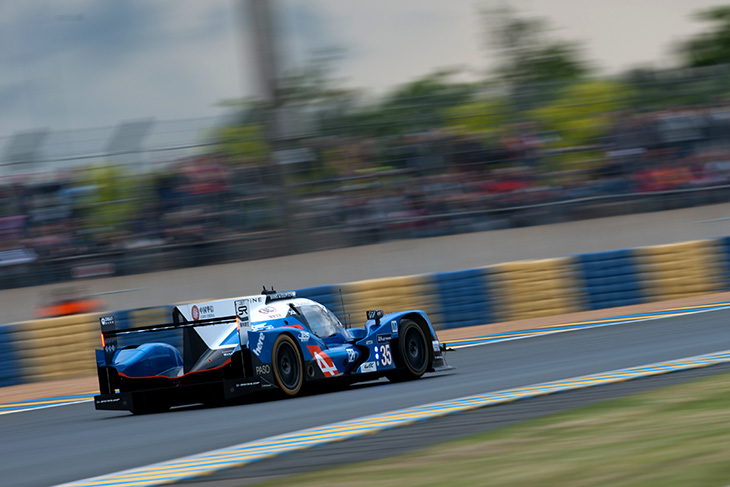 Green-flag running then resumed, right up until David Cheng had a heavy off at Indianapolis in the #35 DC Racing Alpine LMP2 car. Going through the fast right-hander on the way into Indianpolis, Cheng appeared to take too much kerb, hitting some standing water from Friday’s downpour and sending the car sidways. The driver tried to correct but the car snapped in the other direction and slid into the barrier, impacting the right-hand side at high speed. 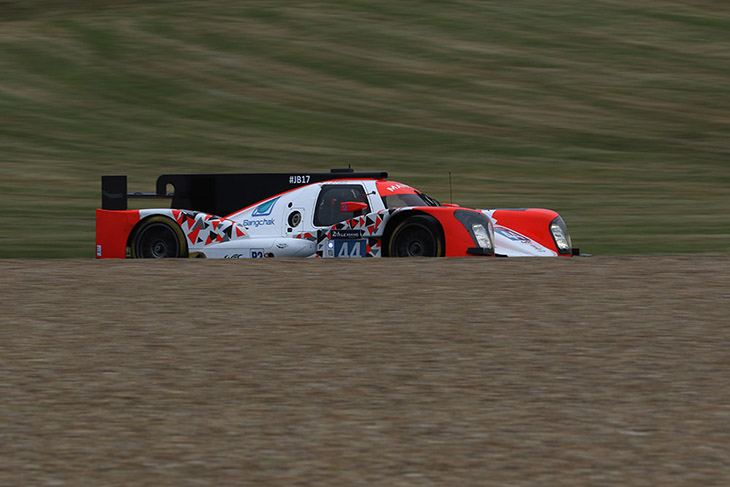 A subsequent red flag ended the session a few minutes short of its planned 45-minute duration. There were no laps from the #40 Krohn Racing Ligier or #44 Manor Oreca in LMP2, however every other runner made it out for at least some of the session. 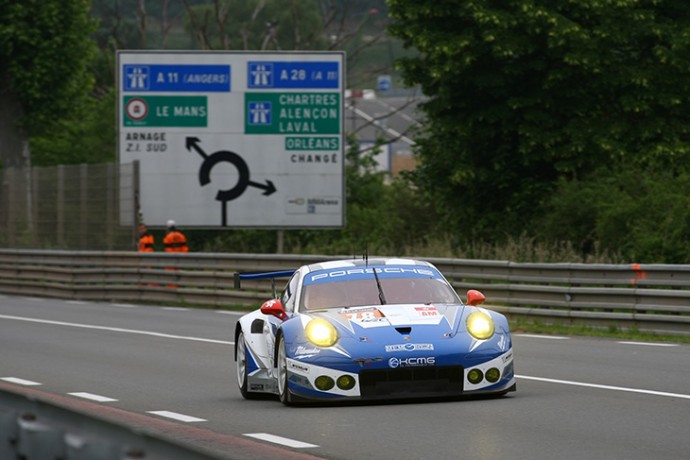 Elsewhere, news reached DSC overnight that the #78 KCMG Porsche (above) in GTE Am has changed its chassis for today’s race, having struggled during the preceding free-practice and qualifying sessions. Wit the car reportedly undriveable, the problem was assessed by the team as undetected damage following impact with the #7 Audi at the Spa WEC race. Following approval by the ACO, the team changed to its ELMS chassis, their only unused and available assembly.