It’s a dreadful headline, but honestly even with an hour after the checkered flag, I’m not entirely sure what to say, or to write. Here’s my best shot.

Firstly, before we get into the obvious headline story let’s consider Porsche.

Congratulations to the #2 Porsche crew. They raced hard, fairly and ultimately entirely sportingly. We interpret the #2’s last gasp splash and dash as an opportunity for Toyota to create a photo finish for its then first and (laps down) third placed cars.

Marc Lieb certainly is a deserving recipient of an overall Le Mans win, Neel Jani (incidentally we believe the first driver of Indian heritage to win here) is an endurance driver of the highest quality too and Romain Dumas joins a very exclusive club of multiple overall winners.

That said there’s little doubt that this race will always be remembered as the race that Toyota lost in the most dramatic manner imaginable with Kaz Nakajima’s #5 Toyota TS050 progressively losing power from the second Mulsanne chicane until just yards after the start finish line where the car effectively started the final lap but then stopped immediately and was passed seconds after that by the eventual winning Porsche. 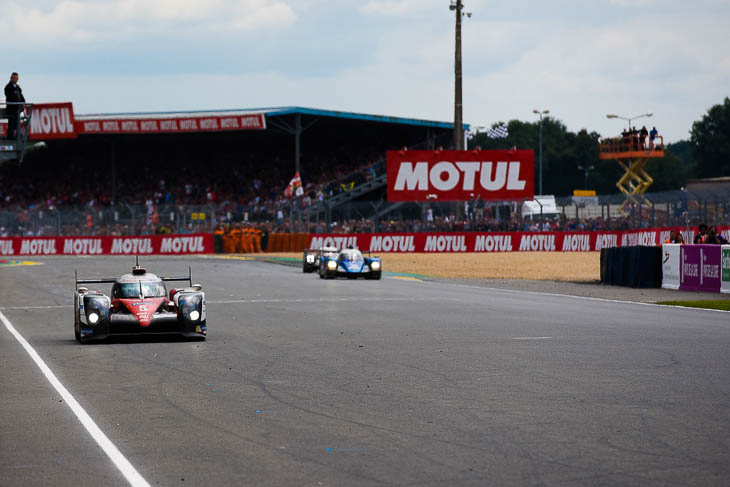 Nakajima eventually got the car moving, and completed the final lap before stopping again immediately after the line. With a final lap time of over 11 minutes (against a regulatory maximum of 6 minutes for the final lap) the car would be cruelly unclassified, despite completing more ground than any other car than the eventual winner, with the ‘force majeure’ clause not applied.

We know now that Nakajima reported to the team at the start of the penultimate lap that he was losing power and data made available to DSC shows the Toyota progressively losing pace thereafter. 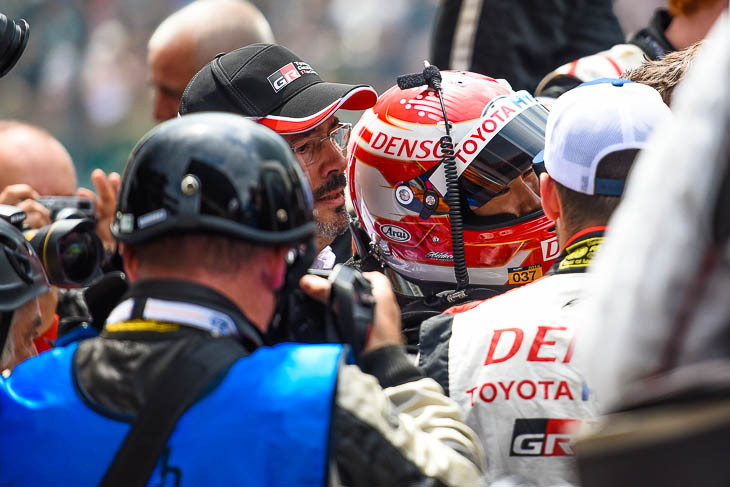 So what on earth could have happened?

Was the car short of fuel? 100% not, the difference in the additional required amount of fuel for not one but two laps would have been a handful of seconds, getting that wrong would have been an inconceivable miscalculation.

Did the team instruct Nakajima to form up for a formation finish? Could that have led to a freak systems over-ride or operator error? Categorically not say team sources, the car suffered a failure, as yet undiagnosed.

The best stab we have over the root cause came in a remark overheard from a team insider post-race that firmly placed a turbo failure in the frame.

Whatever it was, the only conclusion to reach is that after a simply mesmerising 84th edition of the Le Mans 24 Hours the final result feels other worldly.

Everyone within Toyota Gazoo Racing is understandably stunned, many tears shed by some very strong characters indeed. The Toyota pit area had the air of the aftermath of a major incident zone and in motorsport terms that’s exactly what it was.

We will never, ever, forget this one!