The past month has been pretty memorable upon reflection. I’m in Charlotte right now, waiting to get stuck into some simulation work at Ford Performance’s centre here.

Last weekend at Watkins Glen was just a dream. We worked hard all weekend, and it was a bit like being back in Carrera Cup for me as for the most part I was without a team-mate, I didn’t have Ryan to work with until Sunday, which was strange. He had to depart early on Friday and high tail it to Connecticut for the birth of his daughter, Blake. Congrats guys!

Returning to Watkins is always a pleasure. I’ve got a really good record there in prototypes, and it’s my favorite track of the season. 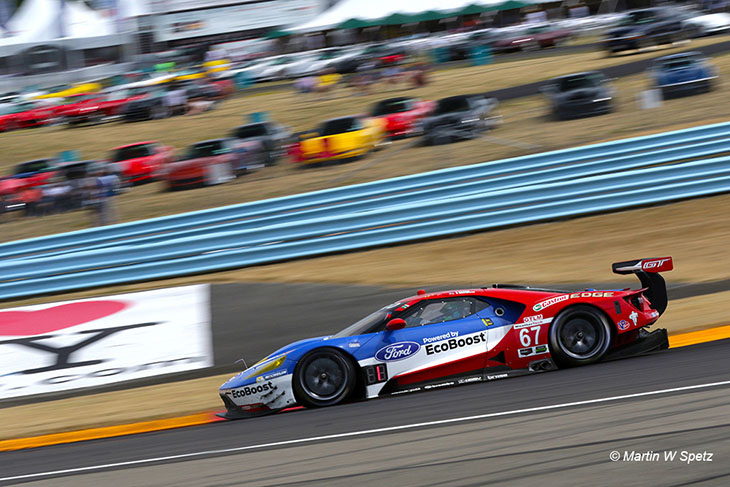 However, the combination of GTLM and the new surface at Watkins actually made it feel like a whole new track. We managed to set the car up beautifully early, which really helped us from the off. I can’t believe I’ve now won there three years on the trot, but I’m very happy to keep Ford’s run of victories going after starting it at Laguna in May.

The car’s been working well and confidence in our camp is high, especially after Le Mans. We’re really pleased with the performance of the car right now, and it’s clear we’re in a good spot.

Now, I don’t want to sound like the voice of experience, but time has shown me that these good things don’t last forever. Especially so given the competition we have out there in GTLM this year. They always come out fighting and packing a punch. The sunshine added some series in-car heat and I was happy to get my teammate back for the race.

But, we needed a good run. We’ve got a big deficit in the championship, so we have to try to make hay while the sun shines and try to close that gap with Corvette and Porsche. The win on Sunday helped a lot, but as 2016 has shown, anything can happen; you just take the points when they’re on offer. 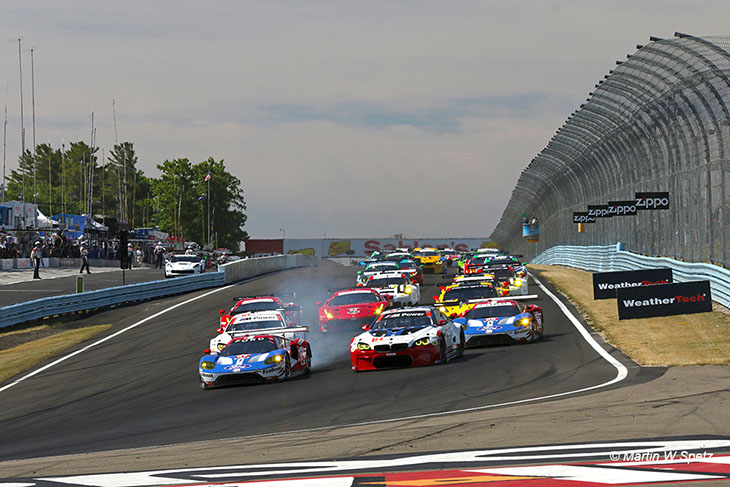 We had a good strategy and that helped us overcome the time we lost in the early stops. I really enjoyed the battle with Dirk and Bill in the BMW. It was pretty tight at times and at one point, I thought we didn’t have enough for them, but at the end, we just seemed that little bit stronger.

I think it also showed how good Ryan and I are at working together. Yes we’ve tested there and done simulator work, but his ability to be immediately on the pace was vital for us to get the win. I’ve spoken about how similar our styles are before, but it’s a big help for our side of the garage, and I’m really enjoying working with him this year. I’m really happy he actually made it to the track and he now has a nice trophy to bring home to his girls.

I’m staying out here now as we’ve got Mosport this weekend coming and as I mentioned, we’ve got simulator work this week. Mosport is great; another classic, straight out of the old school of motorsport. That’s another fast track and should suit the Ford GT.

Confidence is so high amongst both garages. It’s just a pleasure going to work every day in this Ford camp. It was a great race out there; let’s hope for more of the same this weekend.