As we reach just over the mid-way point of the race season, Motorbase Performance heads to Spa, the highlight round for any driver in any British GT Championship. Spa-Francorchamps is the real ‘jewel in the crown’ as far as race tracks go in my opinion, the sheer length of it and its high-speed corners,  it’s just amazing! The feeling you get as you climb through Eau Rouge is crazy, touching speeds of around 150mph and I’ve always compared the compression to the sensation of taking off in an aircraft.

Oulton Park for rounds 3 & 4 in May were particularly tough. I’m lacking ‘seat’ time in the Aston Martin Vantage GT3 which is effecting my outright pace in the car. My co-driver Phil Dryburgh performed really well in the AM session. The pace in BGT this year is fierce and it just goes to show how competitive it is with world class Pro drivers. It’s especially tough competing against drivers racing in several championships, there is no substitute for time in the seat. 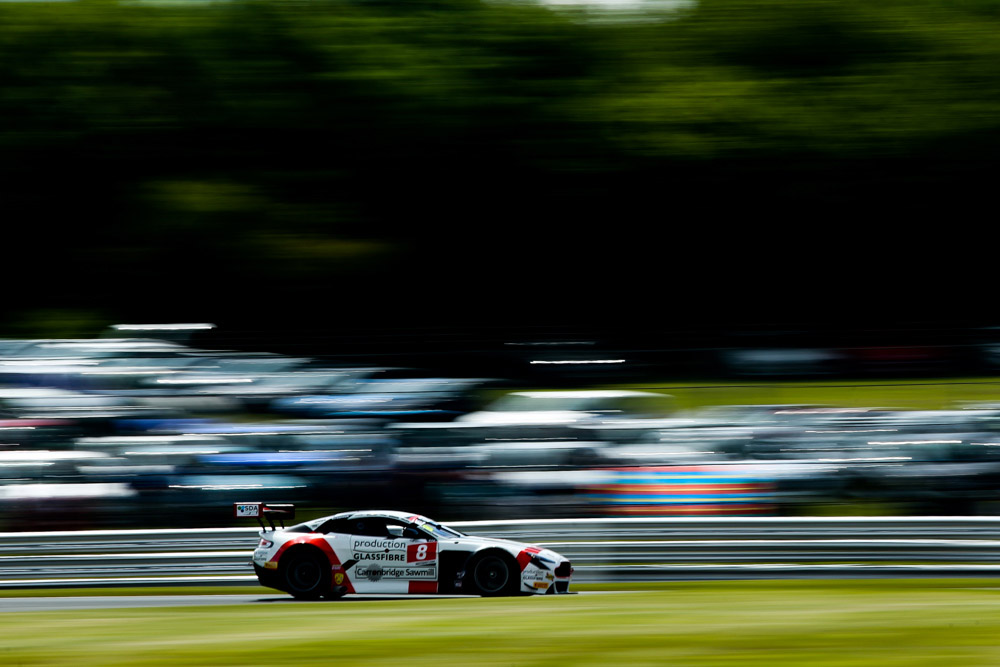 Last month’s Silverstone 500 was a solid result for us. Qualifying is still an area in which we aim to improve on but Phil’s drive from P14 to P2 in the wet was nothing short of spectacular. I had the relatively easy job of bringing the Aston home but weirdly the Safety Car put us a lap behind to the leaders which resulted in us finishing sixth. We had pit-to-car radio failure during the second half of the race which made things ‘interesting’. It made me realise just how much, as a team, we rely on radio communication these days – effectively a second set of eyes observing fro the sidelines.

I’m hoping that Spa should suit the Aston pretty well especially considering that Jonny Adam and Andrew Howard won there last year. The weather can and often does play a big part in the outcome of races at Spa, the altitude changes combined with track length often causing different track conditions at various points around the circuit making it quite a challenge.

I’ve made no secret in the fact that one day I want to race at Le Mans. After eight years in karts, I switched to cars and after a year in the Mini Cooper Cup, went on to race in the Volkswagen Scirocco R-Cup and Volkswagen UK Racing Cup in 2013 before winning the GT4 category in the 2014 British GT Championship. So it was with great excitement that I headed to France last month to witness my first 24 Hour race there – and it was a real eye opener! 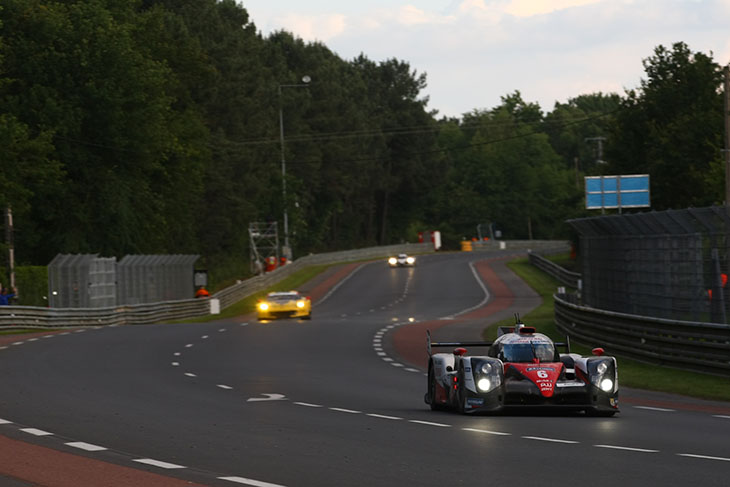 I just couldn’t believe the incredible size of the event and must put most other sporting events to shame – as far as I am concerned anyway! I was behind the scenes of Aston Martin Racing supporting the 97 car of Jonny Adam, it was really cool to see it. I’ve been kicking myself for not going to watch my Dumfries ‘neighbour’ Allan McNish race at Le Mans so it was awesome to go and support another fellow Scot at his first Le Mans outing where he finished a creditable sixth in GTE PRO. My visit just makes me even more determined to race there myself one day.