Last weekend I got the chance to be driven around the Nürburgring by both Allan McNish and Darren Turner, to get a bit of a feel for the circuit before the race. Aside from being a thrill, it turned out to be fascinating to contrast and compare the challenges the circuit presents to both a GT and prototype driver.

It was also incredibly valuable to see a WEC circuit from a different perspective than a trackside seat or screen.

My first lap was in an WRT-liveried Audi R8 V10 Plus Quattro with triple Le Mans winner Allan McNish at the wheel. Despite it being a wet circuit, courtesy of the Eifel Forest’s micro climate, McNish took the same no-holds-barred approach to attacking a circuit he always did during his career in the mixed and uncharted conditions.

I was immediately astounded by way the car felt, even on the start straight. The normally aspirated 5.2-litre V10 engine has some serious punch from standstill, although that should be of no surprise as it boasts 610 bhp and a kerb weight of just 1555kg. What was most astonishing though, is the levels of traction it has under braking and through the corners, especially at the Turn 1 hairpin, which features a surface change. 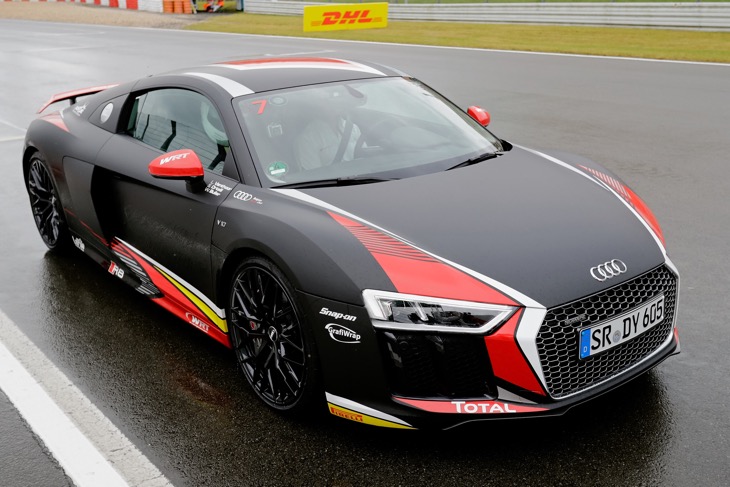 It provided me with a totally different lap to that of the Aston Martin later, which was far more of a manual and rugged experience.

Speaking of the Aston, Darren Turner was chauffeuring me in a V8 Vantage, which sits at the lower end of the brand’s range, but didn’t by any means detract from the experience. A manual transmission, raw power (0-60 mph in 4.6 seconds), a works driver and a world famous circuit proved to be an engaging combination.

No rest for the wicked

“It’s a physical circuit,” said Turner while tackling the Ford Kurve. “Not because it’s got any particular sections which are hard to negotiate, but because there’s always something to do.”

And it’s true, the GP circuit is hilly in nature, with long sweeping curves and hairpins and no real area to relax. The run through Turn 1, and the Mercedes Arena’s 2 and 3 was hairy but controlled in the Audi and a real effort in the Aston. 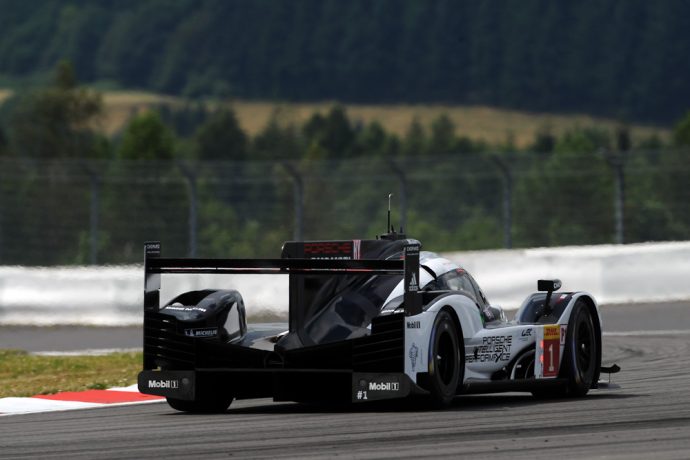 “Turn 2,” McNish said. “It’s hard because it just keeps going, and in a prototype you’re never too sure of the perfect line or when to get on the power, it’s way too easy to put it on too early.”

I could see that, because it really does require commitment and control over the throttle to get perfect. After you exit the Mercedes Arena, keeping tight on the exit is key “or you get pinged for track limits,” both drivers pointed out.

The next big landmark after the Valvoline and Ford Kurves is the Dunlop Hairpin, which like the corners through the Mercedes Arena, is long and sweeping.

“It’s another corner that never ends,” explained McNish. “It’s tricky because you can’t put the power down as early as you think, especially when you’re negotiating traffic.”

In the Audi I was thrown out wide onto the kerb on the exit, with Allan fighting with the paddle shift to hit optimum power up the hill into the Schumacher S and into the Michelin Kurve. In the Vantage, the back-end was out most of the way round Dunlop, before DT slammed on the power, blasting us into the ascent.

The Warsteiner Kurve and the kink before the final chicane to my surprise, seemed to provide the drivers with the most physical sequence. 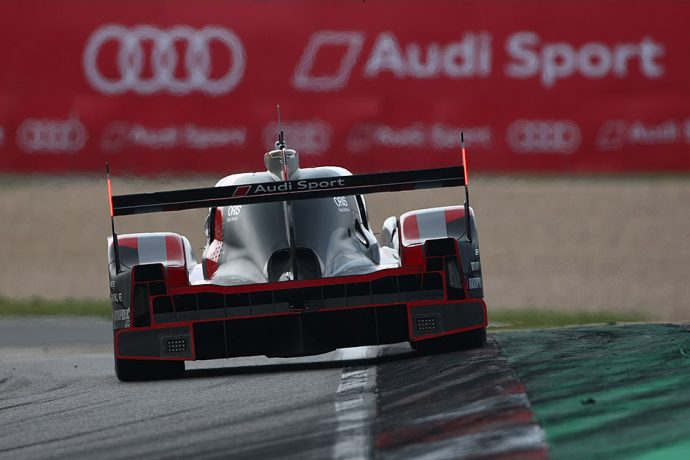 “You have to be aware of the understeer and then pick up grip through the exit,” McNish pointed out, fighting with the wheel at the apex, clocking over 100kph on the dash. “The important thing is that you put on the power as quickly as you can because the kink comes quick, and you want to be flat through there in a prototype.”

“You don’t realise just how much of a hill it is when you run to the final chicane,” added Turner. “You’re usually going too quick to notice in a racing car. In a road car like this it’s a handful.”

The final chicane was changed for this year’s race, the organisers opting for the tighter layout used in Formula One.

“I’m not sure I like it, as a GT driver now,” Turner admitted, attacking the kerbs. “In traffic, it’s just so narrow, you have to be careful under brakes. 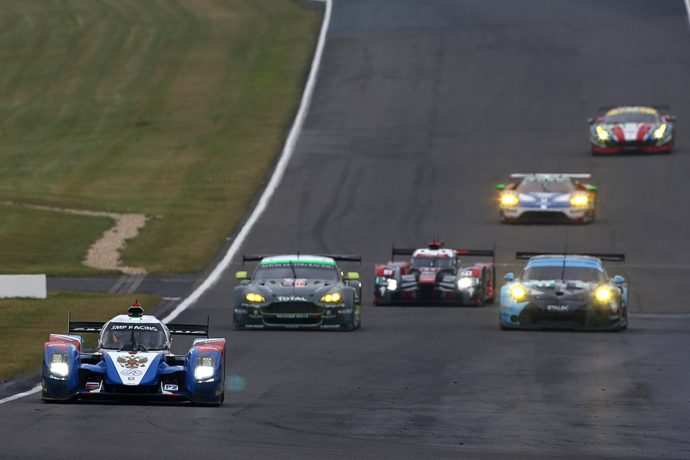 “I think I need to let the brakes cool off now,” he then chuckled while going round the final bend.

Say what you will about the Nurburgring’s GP circuit, but as a passenger out on the tarmac, it’s an eye-opening to get a feel for just how narrow and fast-flowing it is. In a prototype it requires supreme concentration in choosing your moves when passing GTE cars, while in a GT car, it’s just a handful, full stop.

Upon reflection, I’m not sure I could choose between the V8 Vantage or R8 V10, or if I preferred being driven by Allan McNish or Darren Turner.

The Audi-McNish combo was digital and the Aston-Turner combo was analogue; and as we’re finding out more and more in modern motorsport, there’s a place for both.