Jaime Alguersuari, President of RPM Racing and Gérard Neveu, CEO of the FIA World Endurance Championship (WEC)  have reached an agreement that will link the Formula V8 3.5 series to the majority of the 2017 WEC events.

The agreement includes a minimum of three overseas rounds in Mexico, Japan and Bahrain, the last being the final event of the endurance championship, in addition to three of the four European events on the WEC calendar: Silverstone, Spa and Nürburgring. The announcement then provides first confirmation that the WEC is set to return to Mexico in 2017. 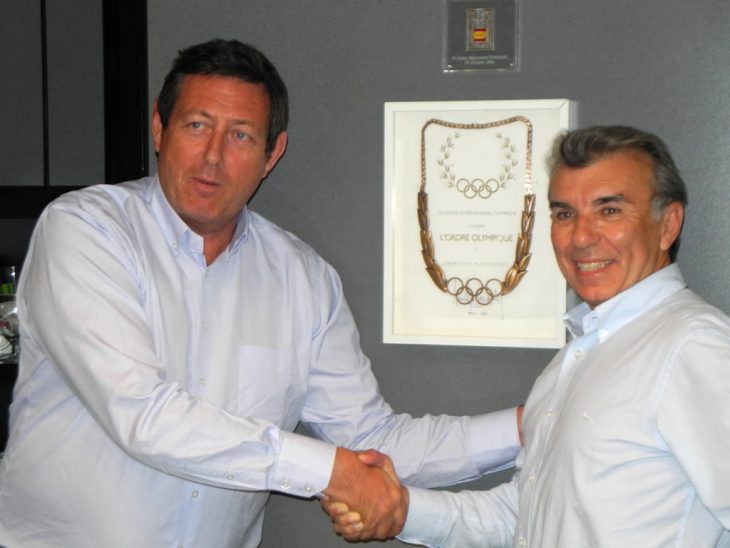 Both organizations have as their main aim the desire to provide young single-seater drivers with the opportunity to enter a professional motorsport environment offering a clear and well-defined professional career path including LMP1, LMP2 and GTE in addition to any other series in the pinnacle of motorsport.  This benefits not only the drivers but also their families or backers.

The WEC and RPM wish to offer the young drivers an outstanding international calendar with affordable costs.

Included in this historic new motorsport project is an amazing prize: the chance to be part of the WEC’s Rookie Test in Bahrain in the main categories of LMP1 or LMP2 or GTE for the drivers placed first, second and third in the Formula V8 3.5 championship.

Jaime Alguersuari, RPM President: “In 1998, exactly 18 years ago, RPM created a championship to help young talented drivers and their families to have a better understanding of a career in professional motor racing. That championship, originally called Formula Nissan, was won in 1999 by an 18-year-old driver whose name was Fernando Alonso.

“In 2005, with a new single-seater powered by 3L V6 engines, we signed an agreement with Renault Sport Technologies which was in force until 2015.

“Since 1998 this championship has been the path to reach Formula 1 for 25 drivers.  Today, I am pleased to announce that this agreement with the FIA World Endurance Championship is the most exciting project of my professional career.

“Cost control has always been one of my biggest concerns in order to help the drivers, their families and sponsors.  I have been always concerned with the development of the drivers’ career as well.

“The new series, linked to the FIA WEC, is a historic challenge because a single-seater championship of this level has never before offered such a wide international calendar at an affordable budget.

“Racing in the same major events where official Manufacturer teams from renowned automotive brands such as Toyota, Audi, Porsche as well as Ferrari, Aston Martin, Ford and Corvette are competing in the world’s leading endurance championship, will allow our talented drivers to show off their skills in front of a prestigious and knowledgeable audience.  Therefore, making an effort to reach the agreement between the FIA WEC and RPM was definitely worth it”.

Gérard Neveu, FIA WEC CEO: “It is very good news that the V8 3.5 series will join the FIA WEC race meetings from 2017. Great news for the fans, but also for the young drivers who are the champions of the future, and the future is tomorrow.

“This single-seater championship has demonstrated for many years how very appealing and exciting it can be, while at the same time providing many great champions.

“It make sense to offer to the new generation of drivers access to a well-established championship such as the FIA WEC. The fact that the champions will have an opportunity to take part in the WEC’s official rookie test at the end of the season will be additional motivation and a target for everyone on the grid.

“We know also that RPM, promoter of this single seater championship, shares the same values as the ACO, the promoter of the FIA WEC. It was logical to join together.

“This combination of V8 3.5 and Sports Prototype and GT cars, in the same place at the same time, will provide for the pleasure of the fans a fantastic motorsport show with great racing over the same weekend, a real festival of motorsport.

“The FIA WEC Paddock is really delighted to welcome V8 3.5, and we look forward to moving ahead together with this project where the main target is to have happy Drivers, Competitors, Manufacturers, Partners, Medias and fans.”

The current top 6 in the Formula V8 3.5 standings include a number of significant names already with sportscar racing experience, or heritage.

Tom Dillmann leads the standings, he ran in the last two races of the 2015 FIA WEC with Signatech Alpine, helping the team to a win in Shanghai.

Fifth in the standings Rene Binder tested for the ByKolles team in the CLM p1/01 at Bahrain last year whilst 6th is currently Matthieu Vaxiviere who competed in a near full season in the WEC in 2014 with Prospeed (he missed Le mans whilst recovering from injury), scoring a podium finish with the GTE Am team in Japan.