I can’t quite believe how quickly the British GT Championship season is passing by. I am really looking forward to racing at Snetterton, it’s a track that previously I have always shown good pace around. It is quite a technical track to drive with a mixture of various corners but also quite flat, the Coram Corner in particular isn’t something you would experience on any other of the UK circuits, very flat and never ending.

In the past Snetterton has been traditionally best suited for rear engine cars such as the Porsche, it requires good traction particularly off the tight hairpins but I think the Motorbase Aston should be competitive. With two, one hour “sprint” races and the penultimate race weekend of the year, it is all to play for. Our pace hasn’t exactly been strong over the past few races but it would be nice to score a couple of solid results before the season end.

The previous race at Spa was tough. With around 60 cars on the Spa track along with Euro GT4 competitors, the track was pretty ‘busy’ which in turn led to a number of incidents meaning our free practice time was halved due to numerous Red Flag stoppages. This was a huge setback as ‘seat’ time for me is currently critical, I’m just not getting enough time behind the wheel. 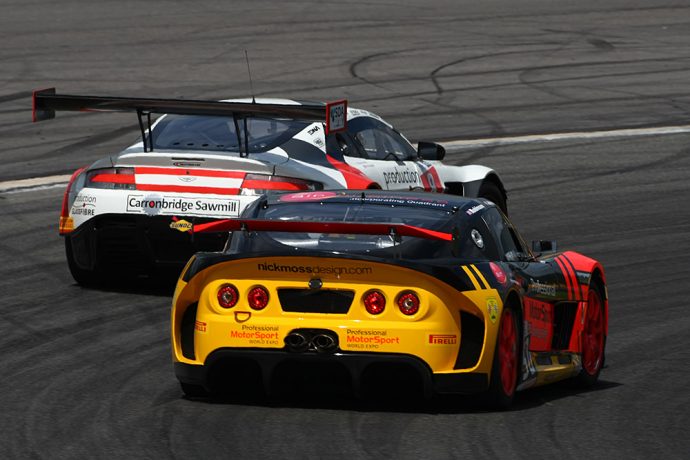 I’m still ‘dialling’ myself into the Aston after a season with the McLaren which is preventing me from extracting 100% out of the car and I’m personally finding that very frustrating. Phil made his way up to eighth but made a small mistake and spun which dropped us to 11th. The speed was clearly in the Aston, the Motorbase Performance team did a great job for us as normal but being self-critical, I felt I struggled a little for outright pace. High speed ‘aero’ has been the biggest struggle for me and is definitely something I have been working on for the last races.

Additionally, we’d gambled on a Safety Car appearing which surprisingly never happened. Its non-appearance meant I had to save fuel in the closing laps so as to get us to the end of the race without another pit-stop. So that was a strange feeling lifting and coasting into braking zones.

This just added to the challenge. But driving the legendary Spa circuit is great for any driver and it was a fantastic experience as always, I just need to work harder this weekend at Snetterton.