Here’s Strakka’s fifth column, filed again by driver Lewis Williamson, who made his WEC debut with the team in place of Danny Watts at the Nürburgring last month:

All I’ve ever wanted to do is race, and when I said last year that I’d sacrifice almost anything to become a driver, I meant it. It appears to have been the right choice.

My World Endurance Championship debut was a really positive one, because I knew going in that I would have to grasp the opportunity with both hands to show off my talents at such a high level. Coming away having kept the car on the black stuff all weekend, and a fourth place finish was a dream result, and puts me in a good position going forward.

It’s safe to say that spending time under the team’s wing for the opening rounds of the season really helped. It meant that I knew what to expect going into the weekend, how the routine works, which made the whole process less daunting.

It’s safe to say that spending time under the team’s wing for the opening rounds of the season really helped.

Hitting the circuit for the first time allowed me to just get focused on the job and prepare for Qualifying. It was great to be given job of qualifying the car with Jonny (Kane), as it’s another part of the learning curve, getting track time in that part of the weekend.

As for the paddock, I already felt like a part of it, it meant I kept myself to myself and didn’t feel the need to get distracted by meeting people for the first time or getting acclimatised to such a different and professional enviroment to that of single seaters of the Renault R.S.01 programme I’m running with the team.

In the lead up to the weekend I felt confident in my fitness and that I knew what I had to achieve going in. Come race time, I was totally focused on my first double-stint in the car after Jonny took the start.

This year’s LMP2 field is mega, full of talent, so dropping in mid-way through a season was a hard task. Everyone else knows their cars, and knows what to expect during a race. 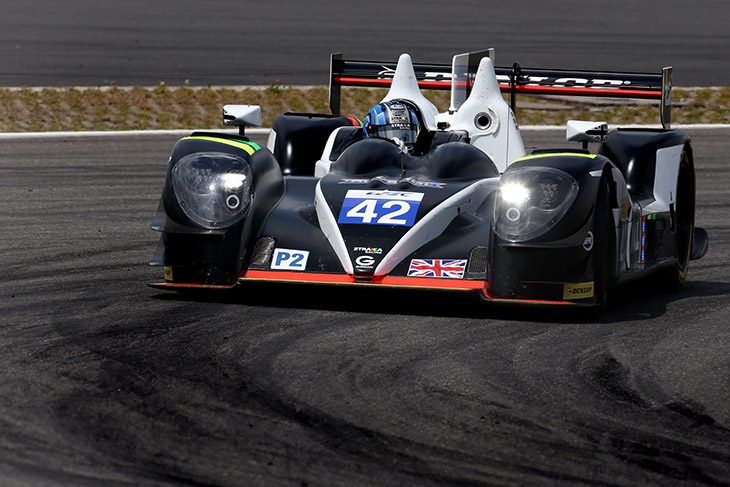 I wouldn’t have called the race a baptism of fire as such though, because the Gibson is so easy to get in a drive fast. It’s great on its tyres and is nimble through traffic, which is key at a circuit like the Nürburging which is narrow, and littered technical medium-speed corners.

I had to hand the car back over to Jonny for the final stint a tad early after locking up into the final chicane after a full-course yellow, but aside from that it was pretty smooth run. It taught me about tyre management!

To be competing up the front of the field was such a good feeling too, we knew that in order to compete with the Oreca’s we’d have to have a perfect run, and thankfully both Jonny and Nick (Leventis) both ran superbly to help put us in a position to challenge for a podium.

You get a different sort of buzz when you’ve been driving the car as part of a team and you’re watching the other guys drive it during a race, as opposed to being there to help and assist like I was at the previous rounds. I had far more of a vested interest in the result because I knew that when Jonny reeled in the third-place ESM Ligier at the end of the race, that we’d played a big part of it. Sportscar racing is a team spirit, you are all working together for the result.

If only the race had been a lap longer, or the finish line been further down the pit-straight, we’d have scored our first podium of the year

If only the race had been a lap longer, or the finish line been further down the pit-straight, we’d have scored our first podium of the year, and a podium on my debut. Everyone was ecstatic with the result though; to achieve that, in the oldest car in the class just shows what the Strakka team is capable of. 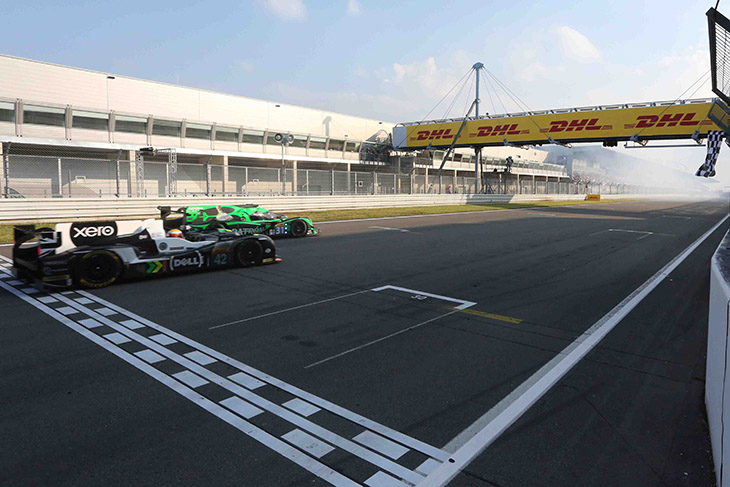 Right now I’m waiting for the call to be told what’s next for this season. I’ll never forget my first weekend in the WEC, I just hope I did enough to get another shot and truly find my feet in the series.