Fresh off the back of Road America and trying to sum up the weekend, it’s hard to know where to start.

Obviously it was fantastic to get another podium with Ford, but to have a victory taken from us on the last lap and the events that led up to it, make it somewhat bitter sweet.

Overall the weekend was a story of improvement for Ryan (Briscoe) and I. We had a few challenges in practice but we worked through them and developed the car. In qualifying we didn’t get the setup right, but Ryan put in a good effort to stick us third on the grid. The #66 Ford was really quick; Dirk and Joey did a great job to take pole. 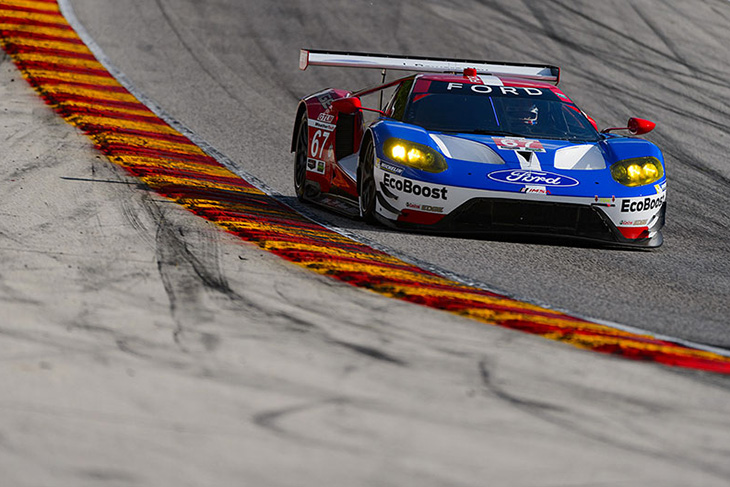 Later that night we had the issue with ride height, which wasn’t as suspicious as it sounds – a piece of floor came loose on the car and it was a fail right there. Easily fixed, but it meant we started right at the back of the field behind the GTD cars.

Come Sunday, we knew we would be able to get into the thick of the action as our Ford GT had a strong setup. We felt positive about the race and thought we stood a chance of getting to the front, which is saying something as every marque had a car in the top six in the early stages.

Ryan did a great job at the start. He carved through traffic and was sixth in GTLM by the end of the first lap. The final three laps of his stint were mighty impressive, particularly his in-lap. He essentially did the hard work for me right there. Racing with this guy is a joy.

The Ferrari of Fisichella and Vilander led after the first hour, so when Ryan pitted on the same lap as Fisichella, it put the spotlight on our Chip Ganassi team to work some magic in the pits… And they sure did. Another slick stop meant I got out in front of Vilander and into the lead, where I started to build a gap. The Ford doesn’t produce the most torque in the GTLM field, and getting bogged down behind slow cars is perilous. Traffic management is a vital skill. 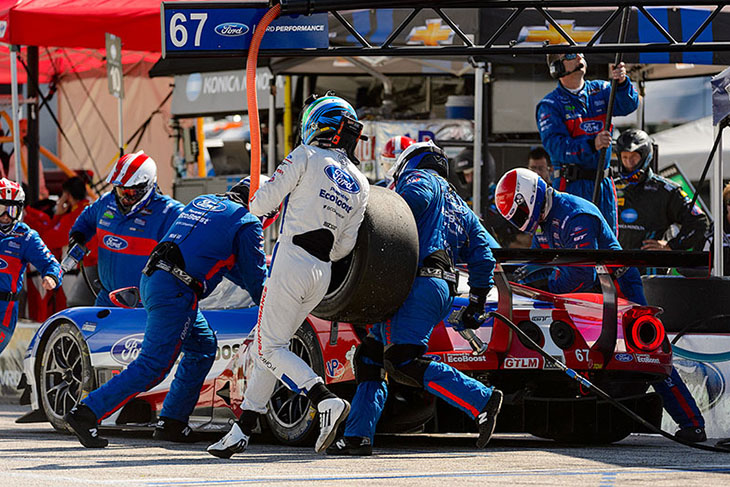 What happened in the final five minutes we’re all aware of. From my point of view, that caution couldn’t have come at a worse time. About 10 minutes before it, one of the two turbos on our Ford GT stopped working, so I was down on power but confident that I could get to the flag. You can imagine how thrilled I was when I realised I’d lost my lead to the Ferrari and was now down on power.

When we went green, Vilander bump-drafted me down the straight and I expected him to make a move into the left-hander at turn five. Instead I got a whack from behind and I went sideways. It was too much aggression for one corner. And then as a result, Nick (Tandy) went down the inside and I got another whack from him.

Without the turbo working and with damage from the double-hit, I was a sitting duck. I defended hard, but I couldn’t believe it when the #4 Corvette came past. Of all the cars to take the win, it had to be the one leading the championship and our closest rival. That said, Tommy, Olly and Corvette did a great job this weekend, and it sets up an interesting few races over the coming weeks with just thirteen points in it.

Looking ahead to next year, the switch of Laguna Seca and COTA in the 2017 WeatherTech Championship will keep the series fresh. It feels like as a sport we’re getting more interest and momentum this season. Racing for a brand like Ford in the USA is special, and they’ve injected added life into GTLM with their marketing this year. Most importantly the fans in attendance at races that we meet appear to be happier than ever.

Anyway, that’s it from me for a few weeks. I’m heading back out to the US this week for the VIR race and some simulator work. Fingers crossed we can make it six podiums on the bounce and who knows, maybe even another win for the Ford GT.