Over 500 cars have been invited by the organisers to compete in the 15 race groups having been accepted based on the car’s authenticity, race provenance and period correctness.

A previous double Monterey Reunion winner is the ex-Dyson Racing 1986 Porsche 962. Stefan Johansson won at Monterey in this car (pictured above) in 2012 while Los Angeles-born Brown, who has been attending the Reunion since 1990 and driving in the event for the past six years, took the 962 to victory himself in 2014 from pole-position.

Dean, meanwhile, steered the Porsche 962 to third place in a Pre-Reunion Group C race last year. Price Cobb, Rob Dyson and James Weaver raced the 962 in the IMSA Camel GT Championship between 1986-88, the Porsche winning on its race debut in the Six Hours of Riverside in ’86 while Cobb claimed third place in the Monterey Triple Crown Camel Grand Prix at Laguna the same year. Brown started from pole, won and set the fastest race lap in class in the 962 at the Le Mans Classic in June this year.

Another project lovingly restored by United Autosports and at Monterey for a third consecutive year is the Scott Pruett 1986 IMSA GTO Championship winning 1985 Roush Protofab that was raced in both Ford “Capri” and “Mustang” guise. 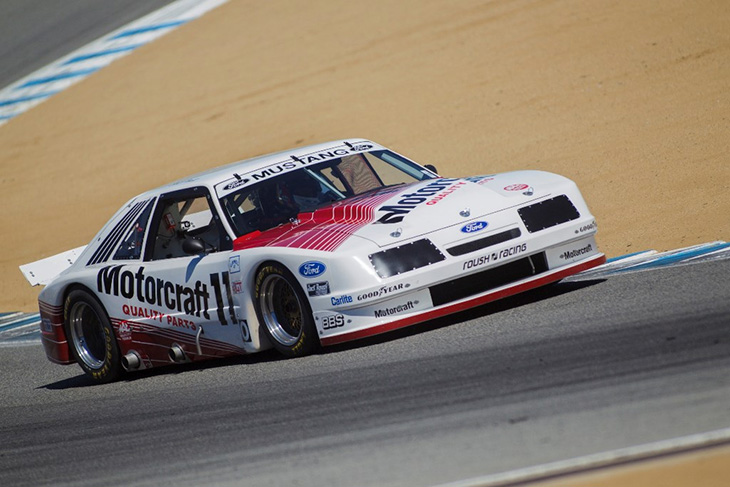 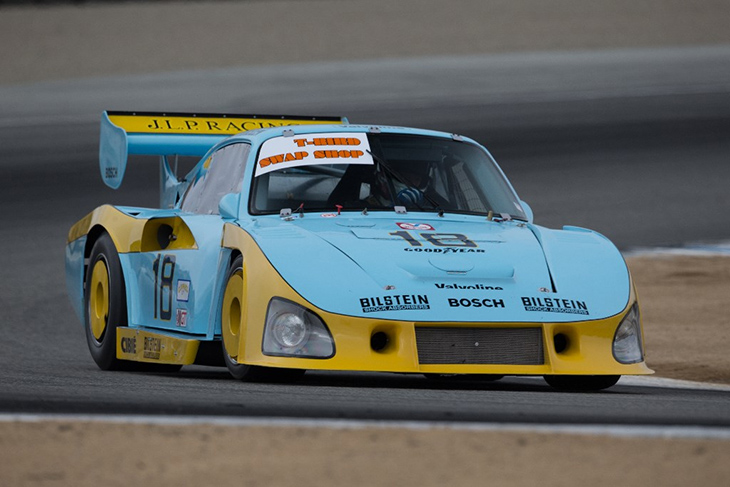 The Rolex Monterey week gets underway on Friday (12 Aug) with the Monterey Race Car Classic in downtown Monterey. Approximately 30 race cars from among 300-plus cars competing in the Monterey Pre-Reunion (18-19 Aug) leave the Mazda Raceway Laguna Seca under full California Highway Patrol escort to Alvarado Street for a two-hour festive show.

The Rolex Monterey Motorsports Reunion, along with the Pebble Beach Concours d’Elegance, shifts into gear on Thursday 18 August with each race group on track. Practice and qualifying sessions for all 15 race groups continue on Friday in 20-minute sessions. On Saturday and Sunday (20-21 Aug), the 15 groups are divided into A and B sessions. The A groups have two races on Saturday, while the B groups have two races Sunday.